Maybe time to retire? 41-year-old Andorra defender Ildefons Lima has to be withdrawn against England – despite coming on in the first half – after pulling his hamstring as he tries to chase down winger Jadon Sancho


41-year-old Andorra defender Ildefons Lima had to be substituted after pulling his hamstring while trying to keep up with England’s Jadon Sancho.

Lima was brought on in the 31st minute as a replacement for Christian Garcia but then had to go off himself in the 63rd minute.

Sancho, who wasn’t even born when Lima made his international debut in 1997, showed his speed and knocked the ball past his opponent. 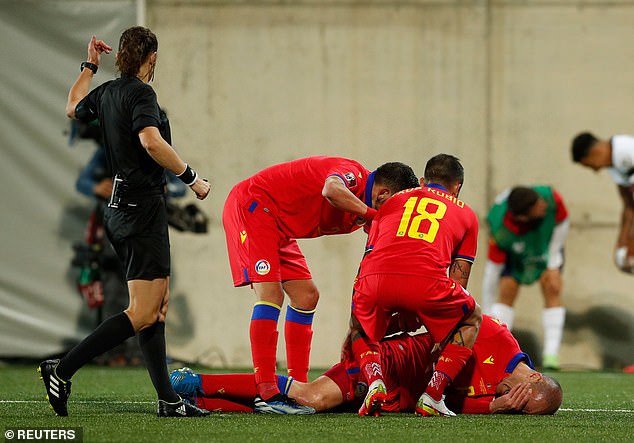 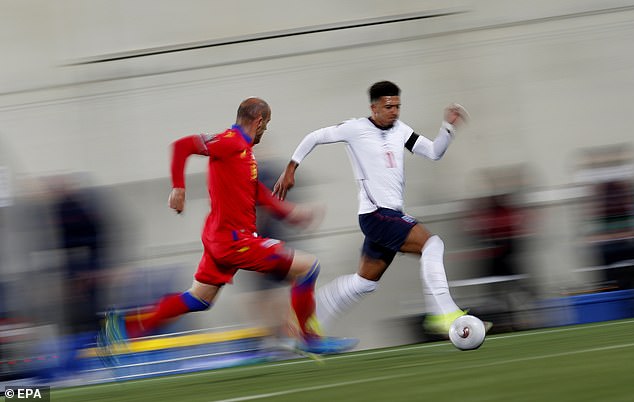 Lima was left in agony and eventually had to go off.

Having represented his country 133 times, Lima is the most capped player in Andorra’s history.

In addition, he has also scored eleven goals for Andorra, more than anybody else. 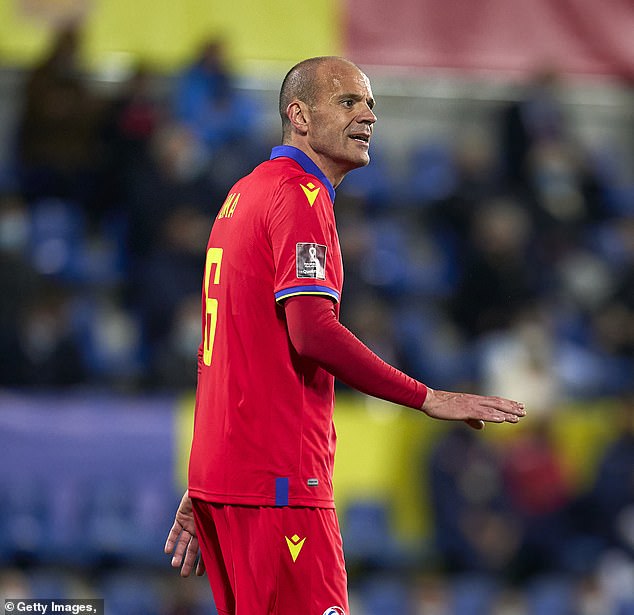 Commenting on the incident, one Twitter user wrote: ‘That hurt just watching it’.

Another added:  ‘I wish I could’ve seen his face when he realised he needed to sprint at 160%.

Another wrote: ‘My mate Lima the 41 year old has just pulled his hamstring trying to catch Sancho, not fair really!’.

That hurt just watching it

I wish I could’ve seen his face when he realised he needed to sprint at 160% ?

My mate Lima the 41 year old has just pulled his hamstring trying to catch Sancho, not fair really!

England won the game 5-0 as they took another step towards securing qualification for the World Cup.