The heavyweight boxer who WANTS to be knocked out: Croatia’s Alen Babic demands his rival ‘takes the f***ing zero off my record’ and ‘beats the s*** out of me’ in a bizarre press conference before their fight at the O2


Unbeaten Croatian heavyweight Alen Babic had Saturday night’s opponent Eric Molina looking amused and worried in equal measure as he insisted: ‘I want to be knocked out.’

Speaking at a press conference with Matchroom Boxing chief Eddie Hearn ahead of their bout at the O2 Arena this weekend, Babic dismissed his unbeaten record from eight fights, insisting he doesn’t want zero defeats on his record.

‘Listen Eddie, I want to be knocked out,’ Babic pleaded, to sharp intakes of breath in the room, causing Molina to start laughing. 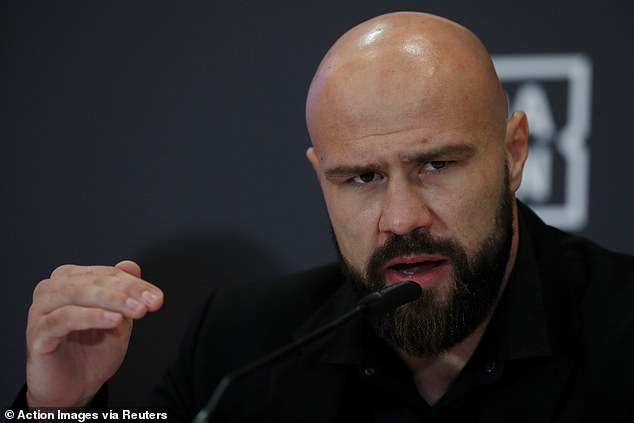 Babic, 30, did go deeper, explaining that his fearless approach comes from the hardship he has suffered in his life. He did not turn professional until 2019. 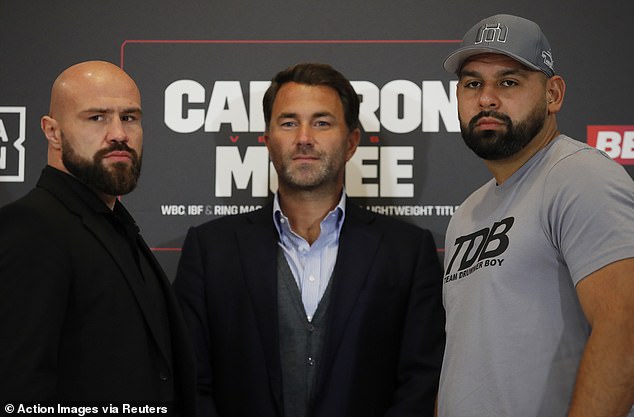 As hardman Babic went on, Molina began to look slightly more concerned. If the Croatian was using reverse-pyschology to get into his head, it might just have worked.

Babic concluded: ‘If the worthy one comes and knock the f*** out of me, I’m going to be happy. I will say thank you.’

Molina, 39, has seven defeats on his record, including his last two fights and world title bouts against Deontay Wilder in 2015 and Anthony Joshua in 2016.

Whether or not he triumphs, it seems Babic is viewing the fight as a win-win.