Alexandre Lacazette was awarded the Premier League’s Goal of the Month prize for December after the Arsenal striker rounded off a team goal against Southampton.

The Frenchman slammed home Bukayo Saka’s cross into the top corner to put the Gunners 1-0 up against the Saints on December 11, with the move started by goalkeeper Aaron Ramsdale before some one-touch play got the ball upfield.

Lacazette was presented the prize at Arsenal’s London Colney training base but was disappointed he could not have photos of him holding the award with his team-mates, as he dedicated the prize to Mikel Arteta’s squad for the team move. 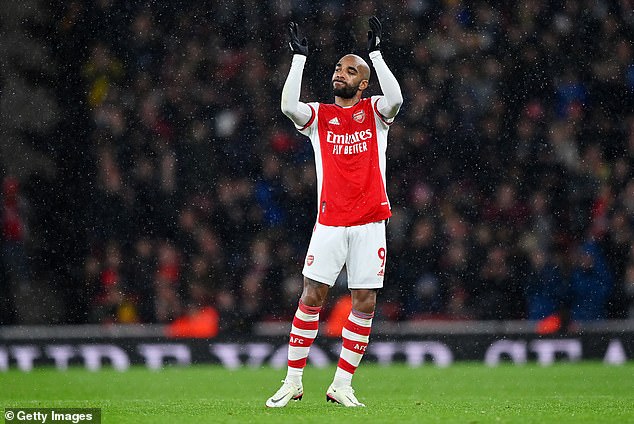 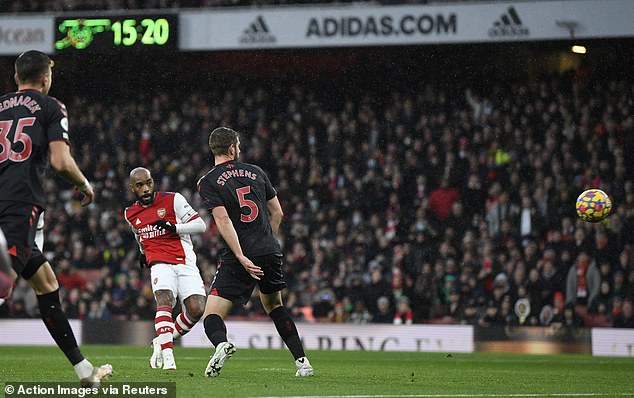 Speaking to the Arsenal media team after collecting his prize, Lacazette said: ‘It’s a pleasure and an honour. Most of all, I really want to thank everyone.

‘I really wanted to take that picture (with the prize) with all the team because this is the kind of stuff we work (on) every week for two years now.

‘So it’s a shame that because of Covid reasons I could not take it with all my team-mates but I want to thank them all and everyone for this. 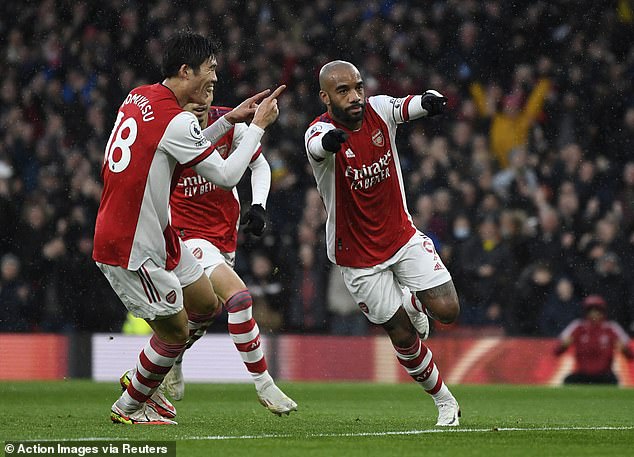 ‘It was a perfect move from the back with the build-up from Aaron then we go through on the right side with everyone one-touch. It was a good cross from Bukayo so I could score perfectly.

‘It’s really good as we worked on this every week. This is the kind of goal every team would like to score. Everyone was involved and this is really satisfying.

‘It’s going in my top five because it’s a team goal and I believe that football is all about the team and this kind of goal is really amazing for me.’ 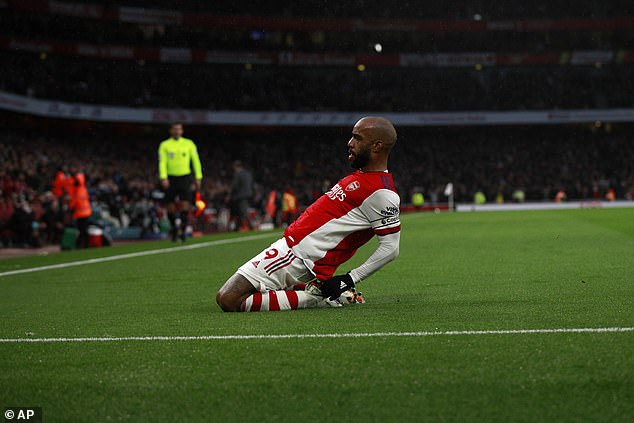 The strike was Lacazette’s second Premier League goal of the season, with the 30-year-old netting just three goals in England’s top-flight since the start of the 2021-22 campaign.

Lacazette’s other Premier League goals have come against Crystal Palace and Norwich City this season, with the Frenchman also scoring twice in the Carabao Cup this term to sit joint-fourth in the Gunners scoring charts.

The 30-year-old is currently acting as standing Gunners captain as Mikel Arteta’s side still reel from the decision to strip skipper Pierre-Emerick Aubameyang of the armband last month.

Kamala Harris 'will not absolve' senators who oppose Biden agenda 0

Good news for the Samsung Galaxy Watch, but Apple shouldn't be worried just yet 0