After two weeks without a coach and falling to a disastrous defeat, Bayern Munich is back to winning ways.

The German champions booked a place in the Champions League last 16 on Tuesday as Robert Lewandowski scored a hat trick for a 5-2 victory over Benfica to extend Bayern’s perfect record of four wins from four in the group stage. That took Lewandowski to 81 career goals in his 100th Champions League game.

The game marked the return of Bayern coach Julian Nagelsmann after four games away – including the return 4-0 win over Benfica in Portugal – after he tested positive for the coronavirus. 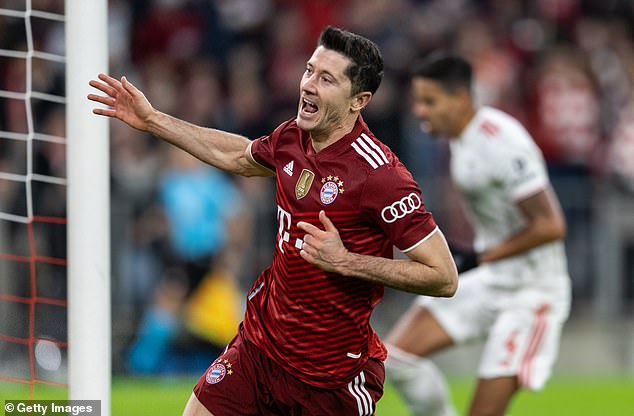 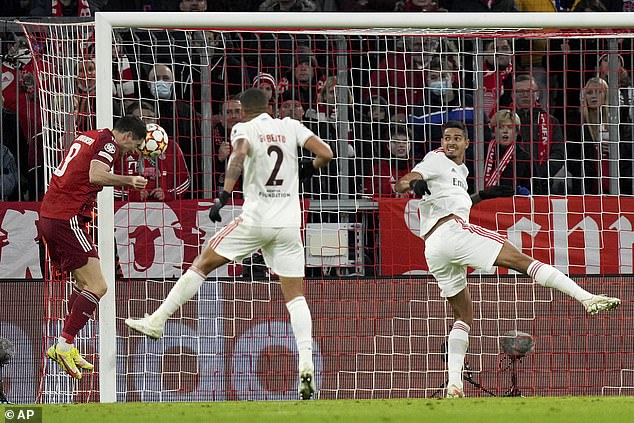 Against Benfica there were some signs of that sloppiness as poor marking early on allowed Benfica to score a goal narrowly ruled out for offside. It happened again when Bayern failed to deal with a free kick that led to Benfica defender Morato scoring when Bayern led 2-0.

Up front, it was business as usual as Bayern’s attacking quartet of Lewandowski, Leroy Sané, Kingsley Coman and Serge Gnabry combined to dismantle Benfica.

First Coman danced through the Benfica penalty area past two defenders before crossing for Lewandowski to head in the opening goal in the 26th. The Poland striker was the provider six minutes later, squaring the ball for Gnabry to finish in style with a backheel.

Just after the break, Sané scored Bayern’s third with a powerful volley after Alphonso Davies flicked on a pass from Joshua Kimmich. 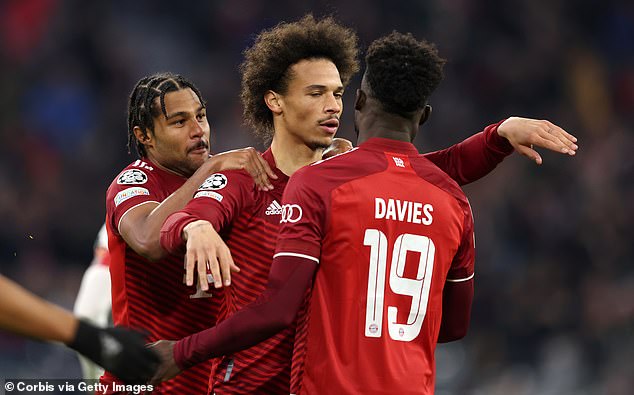 The fourth came on a counterattack with Sané setting up Lewandowski to finish with a chip over the goalkeeper.

Even with Bayern in control of the game and assured of qualifying with two games remaining, there was time for more nerves in defence.

Benfica substitute Darwin Nuñez scored a consolation goal in the 74th as Bayern’s defense was slow to react on a counterattack. Lewandowski finally got his hat trick in the 85th with another chip finish. 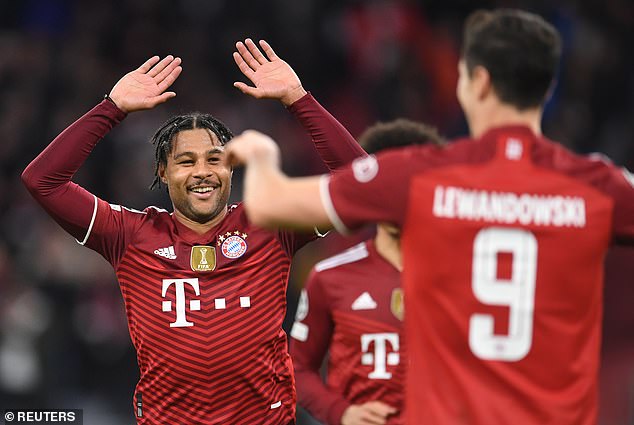 Serge Gnabry was another on the scoresheet for Bayern, who made it four wins from four

Benfica cut the deficit before the break with Morato’s 38th minute header which was the first goal conceded by Bayern in four Champions League matches, but a superb Leroy Sane shot early in the second half had killed off any hopes of a comeback.

The visitors scored again in the 75th minute with Darwin Nunez. Bayern are top on 12 points following their fourth win in the group, with Benfica stuck on four.

Barcelona moved into second place on six after beating Dynamo Kyiv, who are last with one point. The top two teams advance to the knockout stages.

Norwich 1-2 Leicester: The Foxes go back to winning ways at Carrow road 0

Menopause: Two signs during the evening that you are going through the transition 0