Bencic dominated the junior game but has struggled with injury and this was her biggest moment on the senior stage. 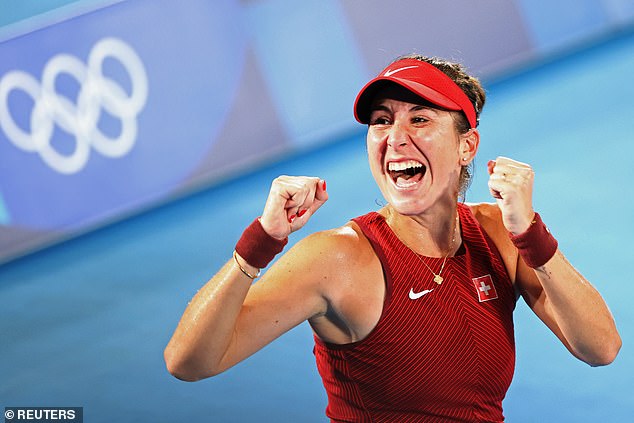 She could yet make it double gold in another Swiss-Czech battle when she and Viktorija Golubic take on Barbora Krejcikova and Katerina Siniakova in the women’s doubles final on Sunday.

Bencic and Vondrousova, who defeated Naomi Osaka in the third round, possess two of the most rounded games on the women’s tour, and this was certainly not just a contest of baseline bashing.

Bencic edged a very tight first set but former French Open finalist Vondrousova, whose forehand has been devastating this week, hit back strongly and looked the favourite heading into the decider. 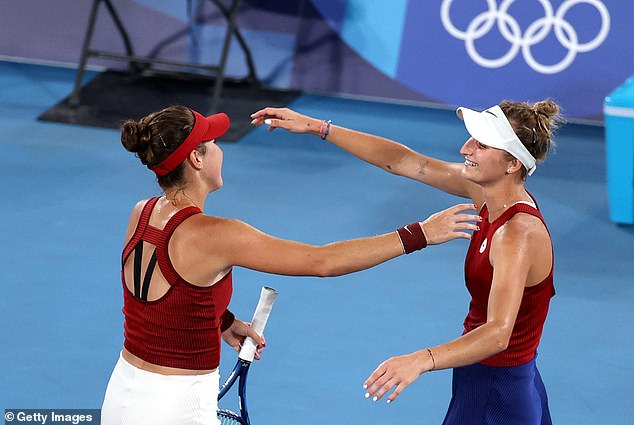 However, she could not find the required consistency, with Bencic breaking for 5-3 after taking a medical timeout for what appeared to be a blister and then holding her nerve to serve it out.

Rybakina won the first set easily and led by a break in both the second and third sets but Svitolina, who celebrated her wedding to Frenchman Gael Monfils just days before travelling to Japan, won the final five games in a 1-6 7-6 (5) 6-4 triumph. 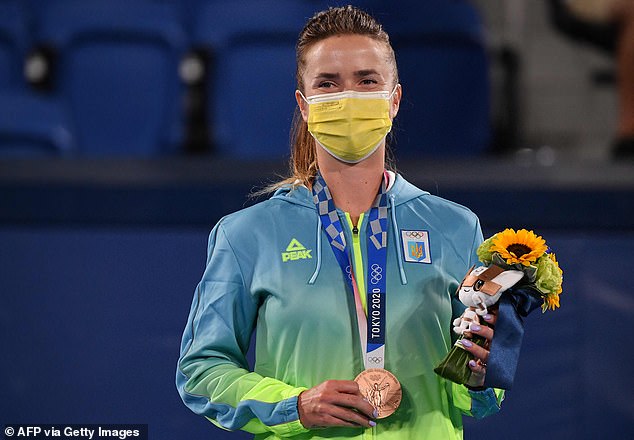 Svitolina, who is a top-10 stalwart but has never made a grand slam final, sobbed at the end, and she said: ‘It’s an unbelievable feeling.

‘Coming here for sure my goal was to win a gold medal. It was extremely tough to lose in the semi-final (against Vondrousova) and then to try to regroup and try to come again against a top player who’s playing really good, and to win such a big battle for the bronze medal definitely means the world for me.

‘For sure everyone in Ukraine is watching and we don’t win very many medals so it’s very special for me and for Ukraine. When I finally won that match point it was just an explosion of emotions.’

DEAL OF THE DAY: Tassimo Bosch coffee machine with 3000 5-star reviews is on sale for £30