By Cian Cheesbrough For Mailonline

Uruguay sealed their place in the Copa America knock-out stages with a game to spare after a 2-0 victory over Bolivia, who were left on the brink of elimination.

With just one goal in their previous five games, Uruguay were handed the lead in fortunate circumstances just before half time after Jairo Quinteros’ block was deflected into the net off goalkeeper Carlos Lampe.

With the score at 1-0 with time running out, Uruguay struggled to kill off hopes of the Group A underdogs fighting back, with Edinson Cavani going close on several occasions. 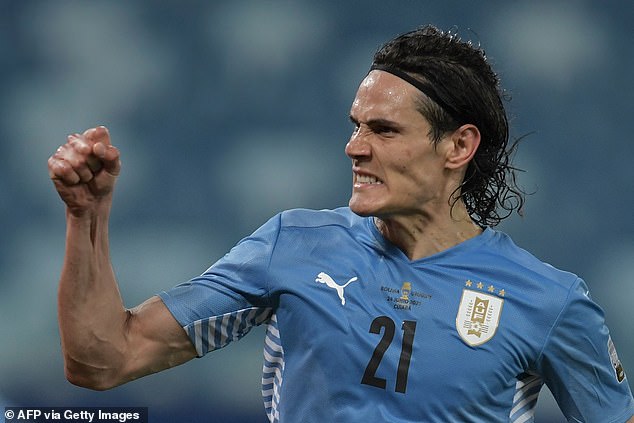 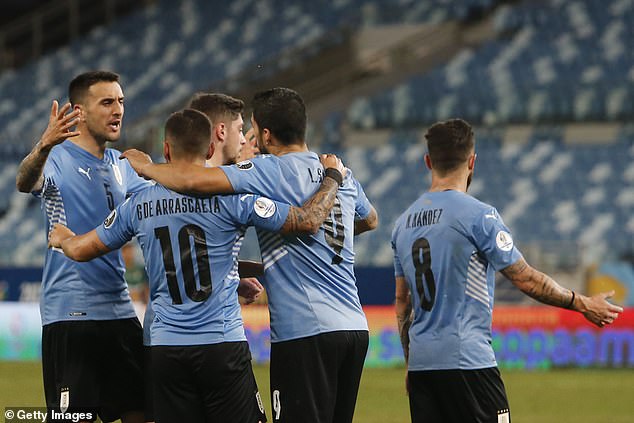 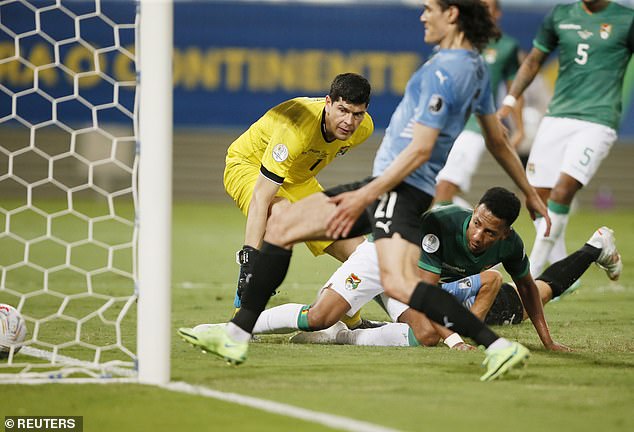 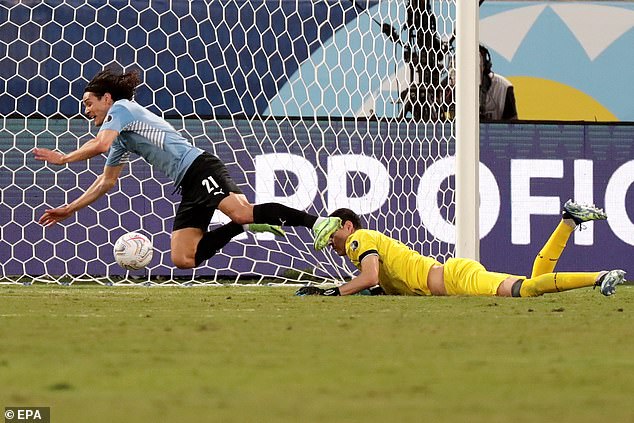 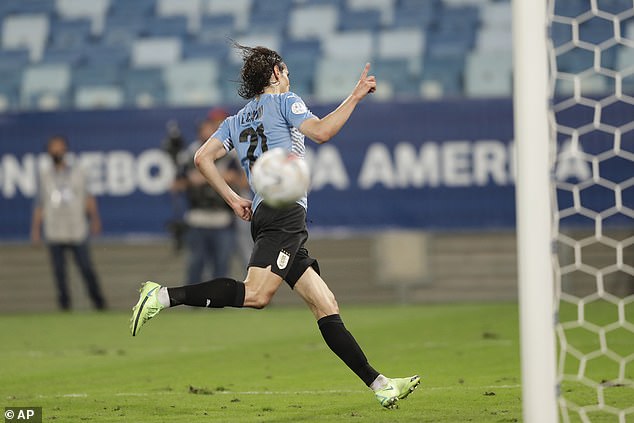 Just when it looked like it wasn’t going to be his night, the Manchester United striker finished off Facundo Torres’ cross to secure the win.

In truth, it could have been much more for La Celeste and the final kick seemed to sum their game up, with Maxi Gomez somehow failing to score with an open goal in front of him after Matias Vina had done all the hard work for him.

Horoscopes & love: Sagittarius to find 'love at first sight' this month despite 'conflict'