My guess is that Roger Federer will have spent this weekend thinking about the reality that a year is a long time in tennis.

I have the feeling that he will not be back at Wimbledon this time next summer after what happened this week, which I think will have been a shock to him.

Not just to Roger, because the pace of change at the top of the men’s game has been rapid this year, and it will have taken Federer, Novak Djokovic and Rafael Nadal by surprise, if for different reasons. 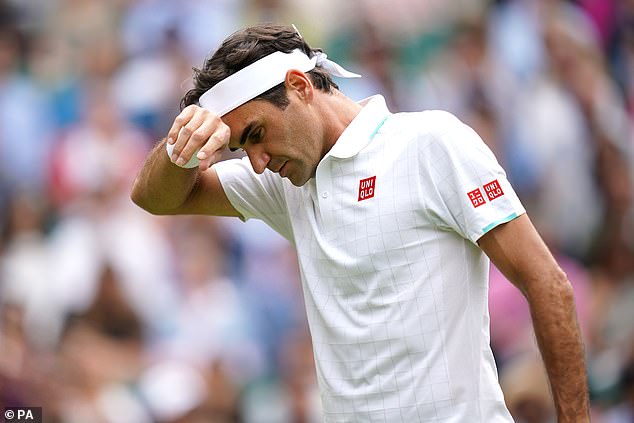 One constant is that Djokovic is the last man standing from what we used to know as the Big Four. The other three – Andy Murray was once put in that bracket – have lots to contemplate, and the changing of the guard really is upon us.

I think Roger arrived here thinking everything was pretty much going to his plan, which was to recover from his knee problems, get fit on the clay and put himself in a strong position to go very deep at SW19. I don’t believe that he came here deliberating when the best time is to retire, but he may well be doing so now. The manner of his defeat to Hubert Hurkacz changed things.

There is a hesitancy on my part to suggest what he should do because one thing I learned is that in tennis you are ultimately on your own. You can be supported and have all the off-court help but the sport puts you in the situation where you are alone out there. It is mentally very challenging and only he will know how losing that 6-0 set really felt. 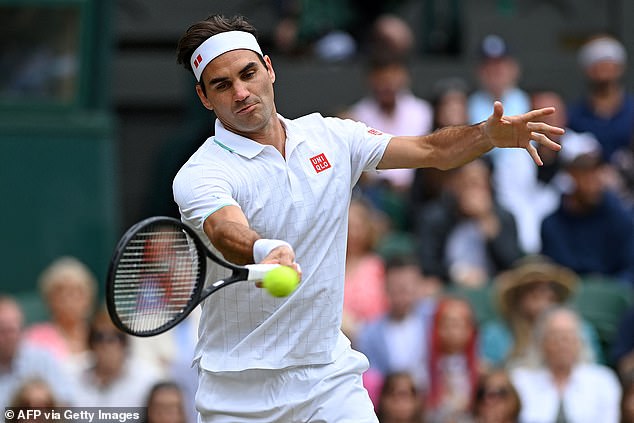 Also, Roger has earned the right to go out on the terms that he likes. He has been the most popular player ever and taken interest around the world to new heights, giving more to the game than anyone has done before.

I believe he was originally thinking of playing on well into next year, but I doubt that is the case now.

Roger and Rafa have fed off each other so it will be interesting to see if it has had an effect on the Spaniard when he returns next month in Washington DC. They will be aware that the players around ten years younger are getting better – it is now Novak and then quite a big chasing pack.

In the case of Andy, if I was him I would be looking to play as much as I can until Christmas and then take stock. Only when he gets a run of consistent tournaments can he know properly where he is at. You do not get a proper idea playing practice sets and the one way to find out is through matches, assuming his body allows him. By the end of the season he should know whether he wants to continue.

While it is sort of melancholy watching the great champions fade it is also exciting seeing the younger players blossom. One thing for sure is that is part of the natural process and you cannot avoid it, no matter what your name is. 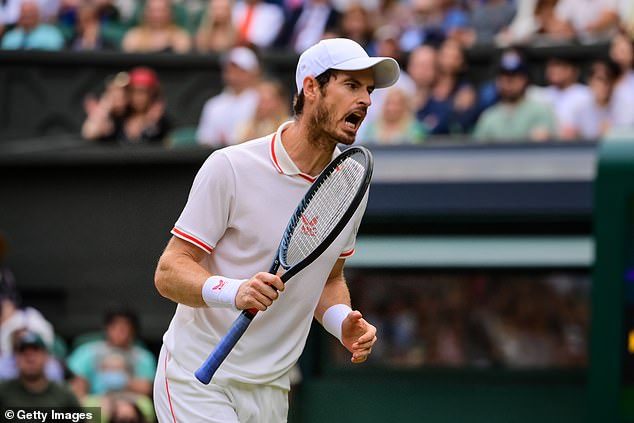 Among the aspects that made most happy at Wimbledon was to see Ash Barty win employing her brand of old school tennis.

It is great to see that her methods, which are different to so many of the other women, can bring the ultimate success. She has a brilliant backhand slice, serves and volleys, drives forward on her forehand and uses the dropshot. She is not just using the counter punching style of going end to end, and I find her laidback, no-nonsense demeanour refreshing.

What I do not see with her is someone who is going to continue playing until well into her thirties, so while I expect her to win Wimbledon again I doubt she will be dominating for years on end. She seems to have a lot of outside interests and quite a broad vision of life.

So if I was Ash I would commit to focussing very strongly on the next few seasons to win as much as she can, with a view to thinking that she will not want this to go on forever. 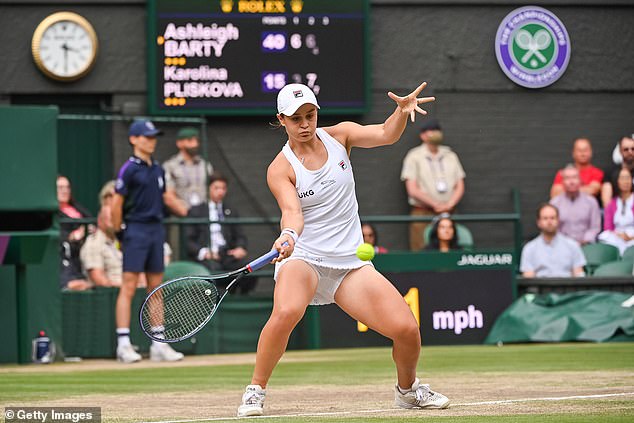 What happened with Emma Raducanu? Well, it is true that the scheduling of her match last Monday did not help and she should have played before the men’s match that was put on ahead of her. But at the same time there has to be a recognition that TV is a massive part of modern sports and there are inevitably going to be demands for matches to be played when the most people can watch.

It is not like this only happens in tennis, you see it in football as well, for example.

As she said, between the third and fourth round everything seemed to catch up with her, but it should also be pointed out that it was not that she played badly against Ajla Tomljanovic before becoming a little overwhelmed – she could easily have won that first set.

The good news going forward is that I do not see too many weaknesses in her game, and there is a lot to build on. The biggest challenge for very young players like her who are new to the highest level is to try and stay in your mental bubble, and that gets easier with experience.

She has strong foundations to her game and it is encouraging that she will have learned a priceless amount from the tournament which will be very beneficial in the long run. 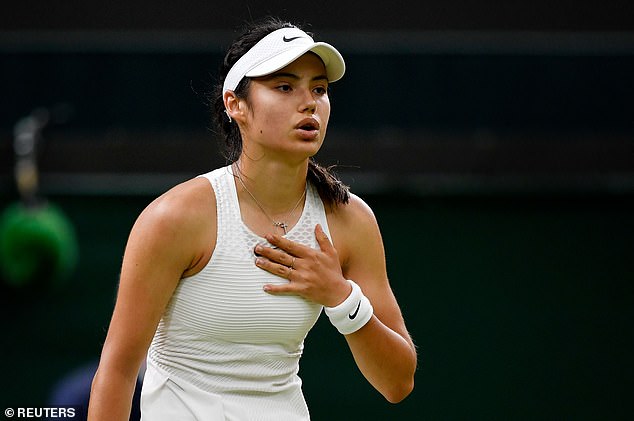 Watching the men’s event at Wimbledon I saw at least four players who I looked at and thought that they could end up as Wimbledon champions.

Most obvious was Matteo Berrettini. He has the most power of the lot and will be around as a threat for many more years. In terms of charisma he is also the full package: a good looking guy, speaks good English, he has an electrifying way of playing the game, a good personality – in short a real star.

Equally impressive was Denis Shapovalov, another who is going to be around for a long time. That lefthanded serve is lethal on grass and in technical terms he played really well against Djokovic in the semi-finals. As was obvious, the difference was that he could not quite raise it on the big points but you would expect that to come.

I continue to like Daniil Medvedev and although he only made the fourth round I would expect him to keep improving. Also catching the eye was Felix Auger-Aliassime, who is only 20 with a lot of upside. It was not really fair to judge Stefanos Tsitsipas because the French Open had taken it out of him, but he should not be forgotten.

If you are looking for a trend it is fairly evident – these are all pretty tall guys, although Denis is only just over six feet. The key is that they all move well for their height. These are all names which are going to become very familiar at Wimbledon as we move towards a situation in men’s tennis where there is going to be a broader spread of winners. 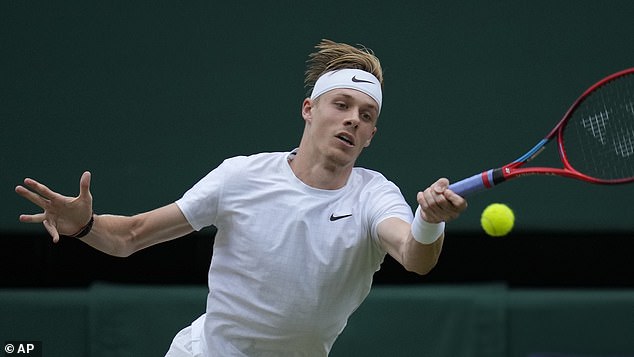 This was a very different Wimbledon, but one I really enjoyed. It was not perfect, not everything worked perfectly, but as I mentioned in this column last week there was a lot that could have gone wrong which did not go wrong, and that remained the case into the second week.

We are still not living in normal times. The US Open plans to have big crowds, but you cannot take anything for granted and looking further ahead the situation in Australia is very uncertain.

What I can say is that I was very glad to be here this fortnight. If you think where we were three months ago there is a lot to be thankful for, and it was fantastic to see the crowds back enjoying the tennis.