Koeman was sacked by the Catalans before the wheels on their flight home even touched down after a dismal 1-0 defeat to Rayo Vallecano.

The manager – who was appointed 14 months ago – has led Barcelona to their worst start to a season since the 1987-88 campaign and they are closer to the relegation zone than the top of the table. 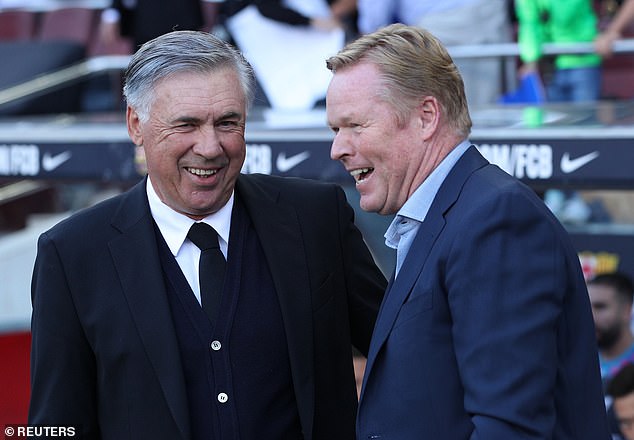 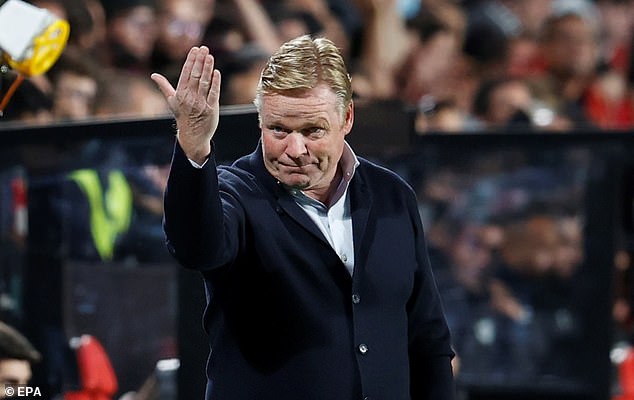 Barcelona are left struggling in ninth after a dire run of results and another flat performance against Rayo Vallecano was the final straw that led a furious club president Joan Laporta to put Koeman out of his misery.

But Real boss Ancelotti, who is enjoying his second managerial spell at the Bernabeu, has spoken out in defence of his fellow manager, insisting that being sacked is just a part of the job and that Koeman did his best.

‘Being fired is part of working life. You have to give your best as long as you are the coach. 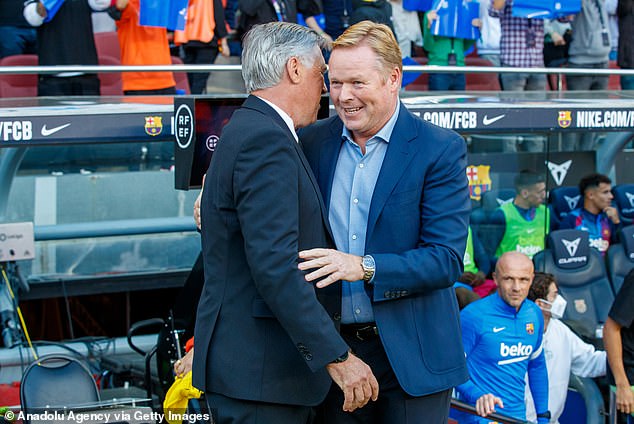 ‘And when they sack you, you must look to the future with a clear conscience knowing you have given your best.

‘I think Ronald Koeman did his best and that he gave all he could.’

The two managers faced off last weekend as Real came out victorious in El Clasico with a 2-1 win.

It was Barcelona’s second LaLiga defeat of the season with the Blaugrana scraping just four wins from ten.

Koeman oversaw one of the most turbulent periods in the club’s recent history as long-serving talisman Lionel Messi left for PSG on a bosman, while Barca brought in his countryman Memphis Depay and former Man City striker Sergio Aguero. 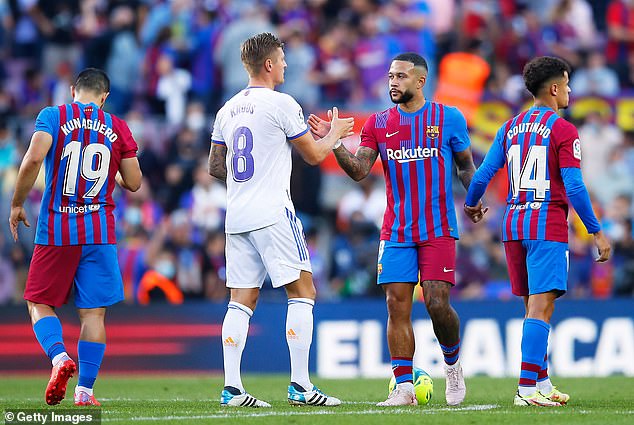 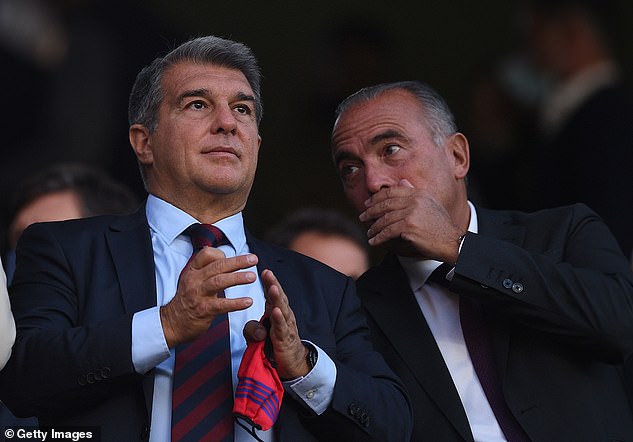 But the new acquisitions have not been able to inspire Barca to success this season, with the team producing a number of lacklustre displays.

Most concerningly they lost 3-0 to Benfica in the Champions League last month – a result that saw club directors debate Koeman’s future until 4am before allowing him a stay of execution, but it was clear he was a dead man walking.

But it was the embarrassing defeat to Rayo Vallecano that sealed Koeman’s exit and just hours after arriving back in Barcelona, the club made the announcement official, with the search now on for his replacement.

Legendary midfielder Xavi has already been installed as the favourite is said to be in talks over the role – although Laporta has previously indicated he was not ready for a big job yet.

However, Sportsmail understands both parties now believe the time could be right to save the season and build around the young players that have emerged in the last 12 months. 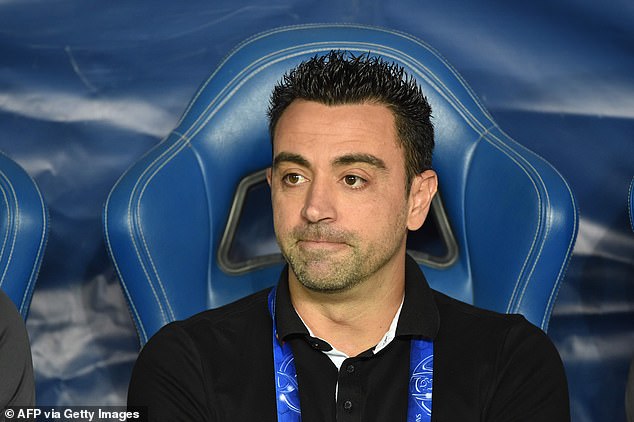 Former Sen. Bob Dole to lie in state Thursday in US Capitol rotunda