The disco lights called into service to mark every home goal at Celtic Park may yet prove a costly piece of kit.

With 27 net-bulging strikes, neat finishes and ‘they-all-count’ scrambled efforts now on the board from just eight fixtures across four different competitions, rising energy prices are the last thing they need.

But what’s an extra few 50-pence pieces for the meter, when the pay-off is as tantalising as this? 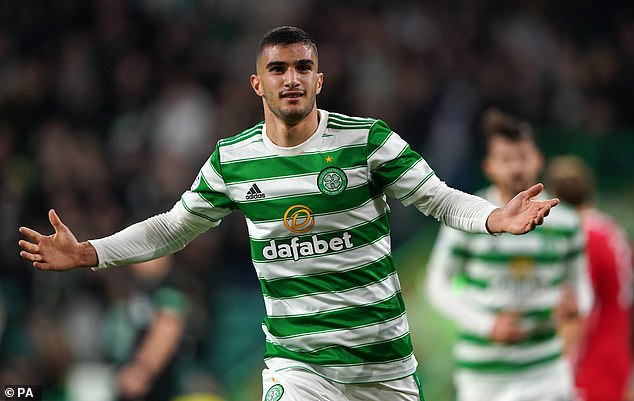 Ange Postecoglou will get his first experience of leading at team out at Hampden next month, a notable milestone for any manager new to the Scottish scene. And the ambitious Aussie will deserve his moment in the spotlight.

Last night, his team simply overpowered Raith Rovers in quarter-final that, even before Dario Zanatta’s red card had reduced the lower-league visitors to ten men early in the second half, rarely came close to being a genuine contest.

The bare facts? A first Celtic goal for Joa Jota, courtesy of a sublime James McCarthy assist, set the hosts on their way after 25 minutes.

When Liel Abada made it 2-0 by finishing off the rebound on a Jota shot just before half-time, the Premiership side were already halfway to Mount Florida.

A David Turnbull strike just after the break reduced this quarter-final to an exercise in damage limitation by the visitors.

Zanatta picking up two yellow cards in the space of six minutes didn’t help their cause. 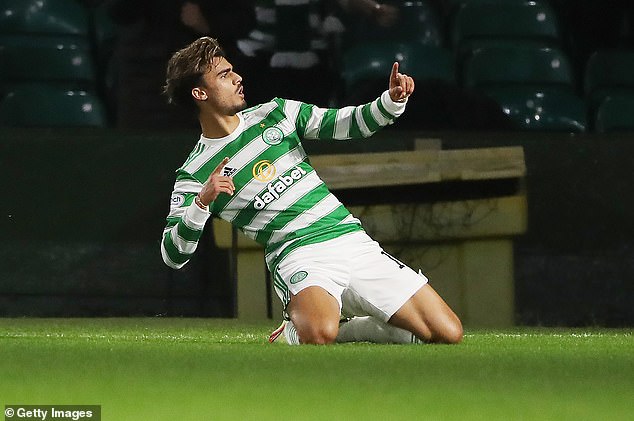 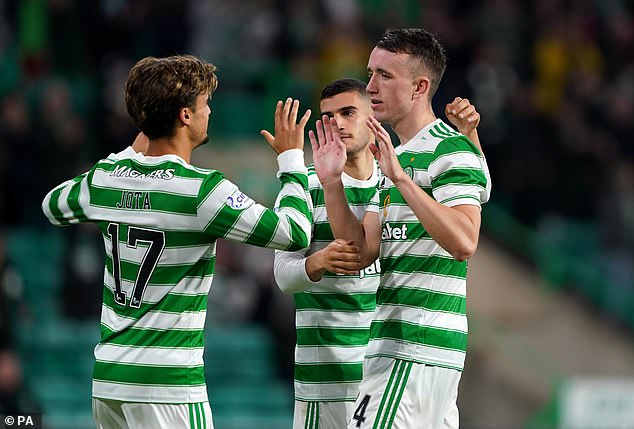 If John McGlynn’s second-tier men actually played with a bit more width and adventure when a man short, well, that hardly mattered.

Celtic could afford to cruise over the line, withdrawing key players and handing match time to some who might have expected to start this sort of game, in less stressful circumstances.

Postecoglou had paid Raith the complement, if you could call it that, of making just three changes to the starting XI humble by Livingston at the weekend. He couldn’t afford anything to go wrong in this one.

Against Championship opponents who set up to defend deep, clog up the central corridors and force play down the flanks, the full-backs and wingers were going to be key.

As if to lay down a marker, Jota actually came close to hitting the target with a right-footed curler after just four minutes.

With Liel Abada being kept in check and Anthony Ralston squandering crossing opportunities on the right, though, it wasn’t long before some in the home crowd started groaning about possession without penetration. 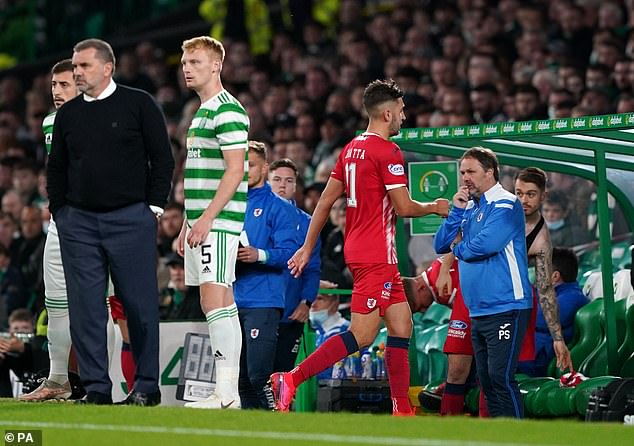 McCarthy, who was to break the game wide open before long, was getting a bit of stick for being a bit too, well, careful on the ball.

He certainly didn’t have many options to pass through the lines of red-and-white shirts, with the five-man Raith midfield staying surely in danger of breaking social distancing guidelines by maintaining such a tight formation.

With no visiting fans allowed into see the Fifers take their shot at glory, it always looked as if the visitors might crack – eventually – under so much pressure.

Not, admittedly, when David Turnbull dinked a free-kick from an excellent position – bang on the edge of the box, just to the right of the D – into the midriff of a player in the Rovers wall. A real wasted chance, if ever there was.

Rising tension among the home support was eased, however, with the opening goal.

McCarthy’s pass through a forest of red socks was accurate, of course. And it also carried just the right weight for the well-timed run of Jota, who had half a second to gather his thoughts and finish calmly beyond Jamie McDonald.

The visitors, having already sniffed out a half chance simply by putting pressure on the Celtic back line in possession, possibly always felt that a better opportunity might be presented to them. If only they could hang around long enough.

Sure enough, Joe Hart had to make a smart-ish save from Aidan Connolly after the keeper and his defenders gifted possession to Raith in the final third.

With this Celtic side always susceptible to such moments of elite-level messing around, they really needed a second goal just to becalm the nervous masses.

They got what they wanted with 39 minutes gone, Abada rising to nod the ball into the net after McDonald had parried Jota’s well-hit shot high into the air.

The light show was back just over a minute into the second half, with Turnbull the man who flicked the switch this time.

Raith were punished by loose play in midfield as the ball was turned over, allowing one of Scotland’s most exciting talents to stride forward and send a curling right-footed shot beyond the despairing reach of a diving McDonald.

An already-impossible mission was put further beyond Rovers when Zanatta was rightly booked for two fairly clear-cut offences with 53 and 58 minutes on the clock, respectively.

On went Liam Scales for a debut, the young Irish defender slotting in at left back as Montgomery was pushed forward.

Fans inevitably drifted away before full-time in the hope of beating the traffic on a school night, confident that nothing could possibly go wrong now.

They’ll be back. Hoping to witness many more spectacular light shows in the weeks and months ahead.