Ernie Moss is a true footballing legend from an era when wooden stands could rumble like thunder, turf surrendered annually to the mud and floodlights merely altered the shade of gloom.

Goals were his game, and he scored them consistently throughout a 20-year career with nine different clubs in the lower reaches of the Football League.

But, mostly, he scored them for Chesterfield, his hometown club, where he amassed a record 191 across three separate spells. 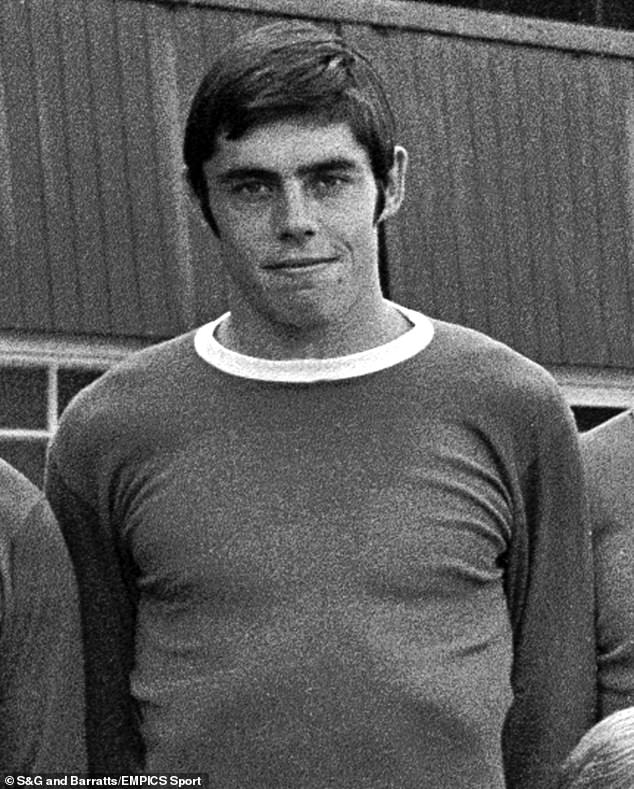 Moss was a heroic centre forward in the traditional style. Tall and strong, brave and willing, he was majestic in the air. He would win the ball and fight it down as centre-halves hacked away from behind.

He would haul his team forward and threaten the goal with his towering aerial presence and triumphant roars of ‘Ernie, Ernie, Ernie,’ would resonate under the corrugated metal roof of the terraces at Saltergate.

These were happier days for Chesterfield, a club now languishing in the National League, and yet it is increasingly difficult to reminisce and romanticise about this time in football without experiencing a sinister chill.

Moss died on Sunday at the age of 71, after living for more than 15 years with Pick’s disease, a form of dementia similar to Alzheimer’s disease which also killed former Grimsby and Southampton defender Kevin Moore at the age of 55.

The family and friends of Moss noticed symptoms when he was still in his 50s, although it would be years before they were able to secure anything like a definitive diagnosis.

It is a cruel illness and he fought it with the same lion-hearted spirit with which he always played the game he adored.

His wife Jenny and daughters Nikki and Sarah worked tirelessly to provide care and to raise awareness for ex-players living with dementia, challenging football’s authorities and, in particular, the players’ union, the PFA.

They joined forces with the family of Jeff Astle, the former West Bromwich Albion and England striker who died of degenerative brain disease in 2002 at the age of 59, and others.

Astle’s post mortem proved the link between heading the ball repetitively in training and in matches and the brain disease that cost him his life. The Moss family have long been certain the same was true for Ernie. 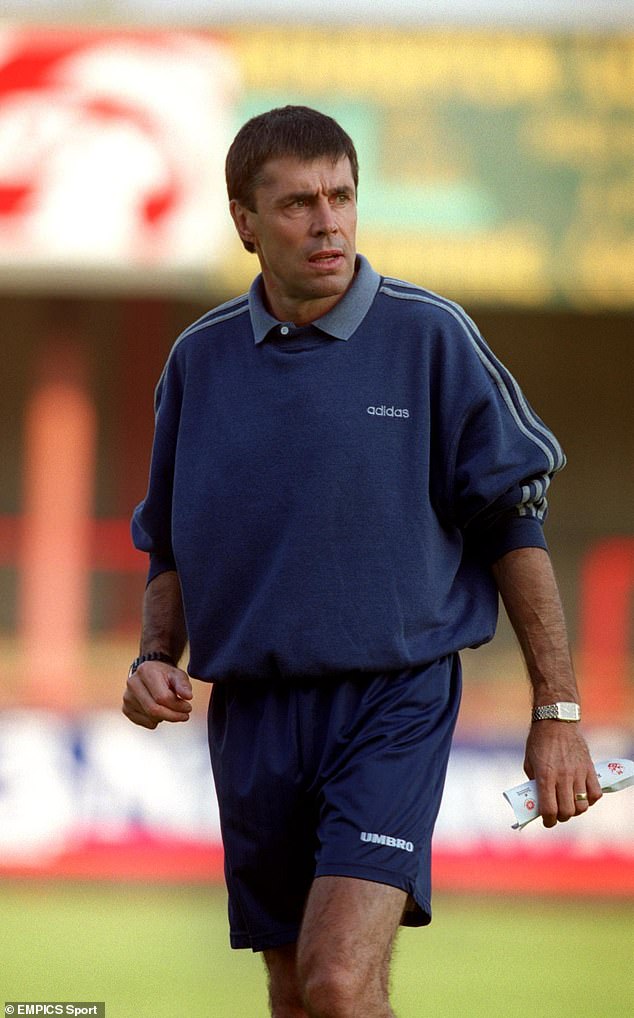 He defied the short life expectancy projected after his diagnosis but his mental health faded quickly.

Moss had always been the gentle giant, polite and engaging. He was a friendly presence when supporting Chesterfield or around the Derbyshire town where, after ending his playing career, he opened a sports shop with former England cricketer Geoff Miller.

He worked for Derbyshire County Council before signing for Chesterfield as a teenager, making his debut in October 1968 and helping them win promotion from the old Division Four before moving on to Peterborough and Mansfield, where he also proved to be prolific and successful.

Just as he was at Port Vale, Lincoln and Doncaster, the clubs he joined after his second spell at Chesterfield. And, at Stockport, Scarborough and Rochdale, where he roamed after his third spell, and then into non-league with Kettering and Matlock, playing well into his 40s.

His illness soon robbed him of the ability to work, and then to communicate and, gradually, the rigours of the disease gripped his body and weakened it, too.

Moss spent his final months in a hospice in Chesterfield.

Tributes flowed, yesterday, from the clubs he represented and their supporters, who all saluted his kind and gentle nature as well as his talent, professionalism and, of course, his imperious quality in the air.

We should remember him as the heroic centre forward he was and not forget he is another footballer whose life has been curtailed by his greatest sporting asset.