By Lawrence Booth for the Daily Mail

Craig Overton has called on England to make the second new ball count at Headingley on Saturday morning as Joe Root’s team look to end the resistance of India’s top order and square the series at 1-1 going into next week’s fourth Test at the Oval.

The tourists closed the third day in Leeds on 215 for two, still 139 short of avoiding an innings defeat, but with Cheteshwar Pujara and Virat Kohli already 99 runs into a crucial third-wicket partnership.

The new ball will be available immediately when play resumes, with England confident that early strikes will allow them to reassert their superiority from the first two days. 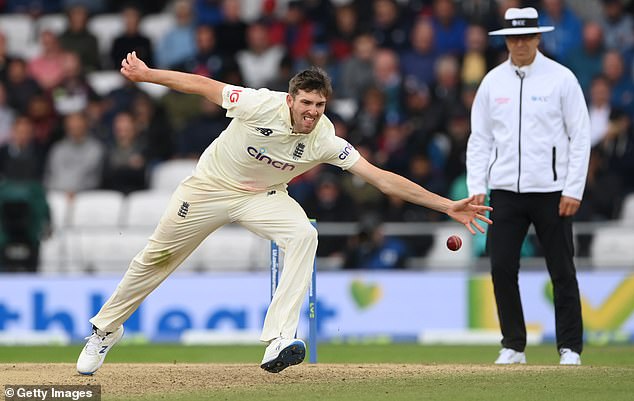 ‘We’re still in a great position in this game, especially with the new ball ball in the morning,’ said Overton, who contributed 32 to England’s first-innings 432, before having KL Rahul brilliantly caught on the stroke of lunch by Jonny Bairstow in the slips — one of only two Indian wickets to fall on Friday.

‘If we can get a couple of wickets, we can hammer it home a bit more. But credit to them. They made it hard for us, and we’ve got to come back and show what we can do.’

Meanwhile, England will continue with their policy of not goading Virat Kohli, who they believe feeds off being wound up by opposition verbals.

‘He’s one of the characters that wants to get in the battle,’ said Overton. ‘As a side, we’re just trying to make sure that we do our business as we can — and not ignore him, but make sure we stick to the basics.’ 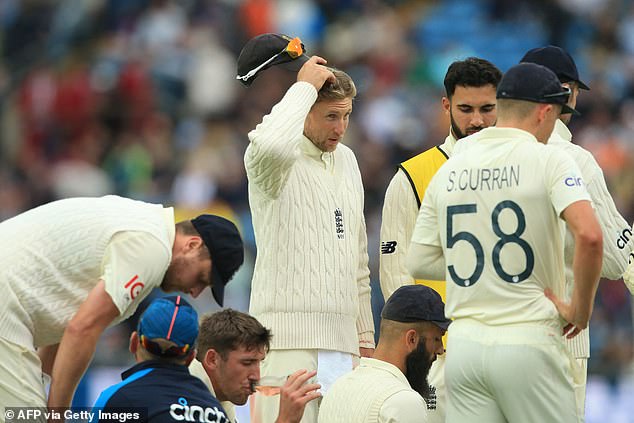