Declan Rice has returned to training with West Ham United for their pre-season ahead of a new campaign and has made no demands to leave the club this summer.

Rice’s future is uncertain at the Hammers having reportedly turned down two contract offers amid interest from Chelsea.

But fresh from a break after featuring in England’s run to the Euro 2020 final, Rice is still prepared to give his all to the east London outfit and is not looking to force through a transfer according to the Telegraph. 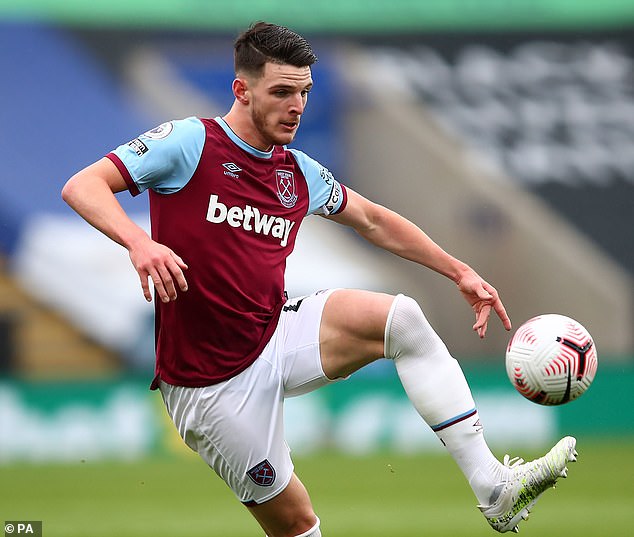 Chelsea and Manchester United have been among the leading clubs looking to sign the defensive midfielder who was a key part of the Three Lions’ best major tournament display since 1966 at the European Championship before ultimately losing the final on penalty kicks to Italy at Wembley.

United’s interest though has waned since, giving Chelsea a clear run to try and re-sign the 22-year-old who was part of their youth academy between 2006 and 2012.

But the Hammers have stuck a £100m price on their star man who helped them to sixth place and a Europa League spot last term – their best placing in the top flight since 1999. 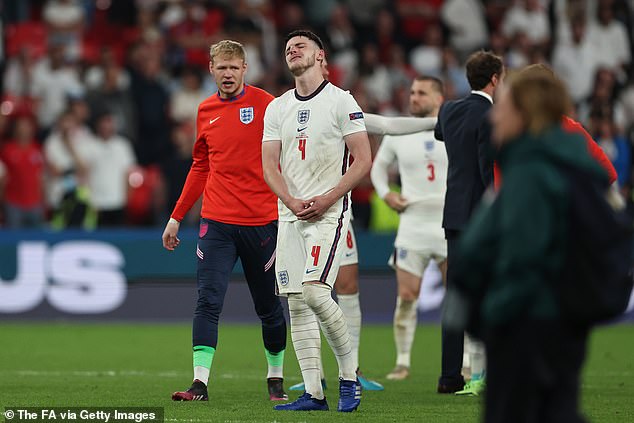 With a contract running until 2024, David Moyes will be under no pressure to sell Rice, and at the end of last season insisted he will fight to keep him at the club.

‘We’ve just qualified for Europe, it’s a brilliant achievement,’ he said in May.

‘I don’t think (club owners) David Sullivan, David Gold or myself have got any intention of losing Declan.’ 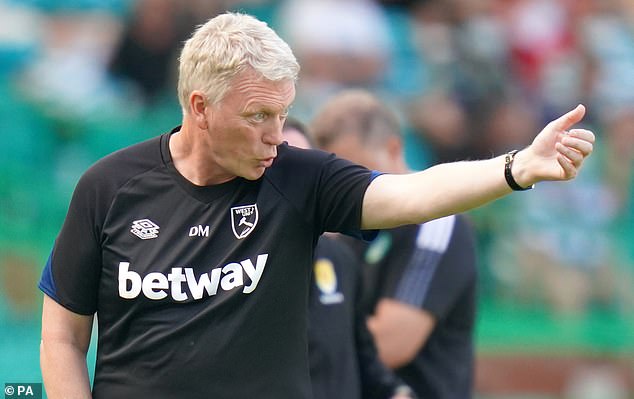 Reports have indicated that Blues boss Thomas Tuchel has held internal discussions with staff over the qualities Rice could bring to Stamford Bridge but they have yet to make contact with West Ham.

Rice himself is thought to be keen on moving to across London, where he would link up with childhood pal Mason Mount.

Rice spent the summer with the Blues midfielder, first at Euro 2020 then on a post summer break to Mykonos after the tournament. 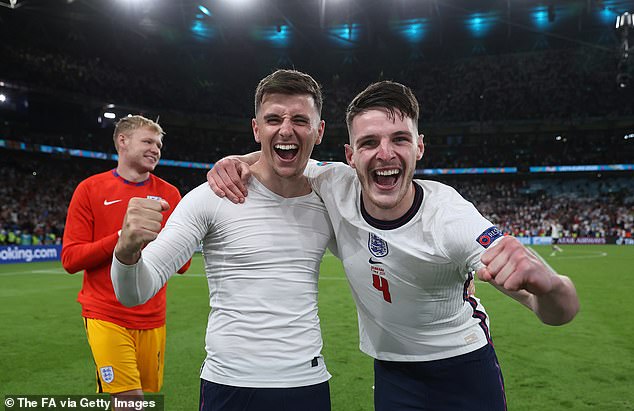 Chelsea are among the clubs interested in Rice, where he would link up with his childhood friend Mason Mount (centre)

West Ham will be boosted by the professionalism shown by Rice which is in stark contrast to his international team-mate and England captain Harry Kane who failed to report to Tottenham training on Monday.

Last season’s Premier League top scorer and assist maker announced at the back end of the 2020-21 campaign he wanted to leave Spurs in the summer and is now hoping to force through a move to Manchester City.

Kane missed training again on Tuesday morning, and is set to face fines from the club who are demanding £150million for their star striker.

Nicole Kidman talks divorce with Tom Cruise, media scrutiny: 'I offered it up'