Edouard Mendy will miss Chelsea’s Carabao Cup tie against Aston Villa tomorrow and faces a race against time to be fit for Saturday’s lunchtime showdown with Manchester City.

Goalkeeper Mendy missed Chelsea’s 3-0 win at Tottenham due to a hip injury suffered late on in their 1-0 Champions League victory against FC Zenit last week with Kepa Arrizabalaga filling in.

Manager Thomas Tuchel said: ‘Mendy cannot play [against Villa]. He is not training so far. 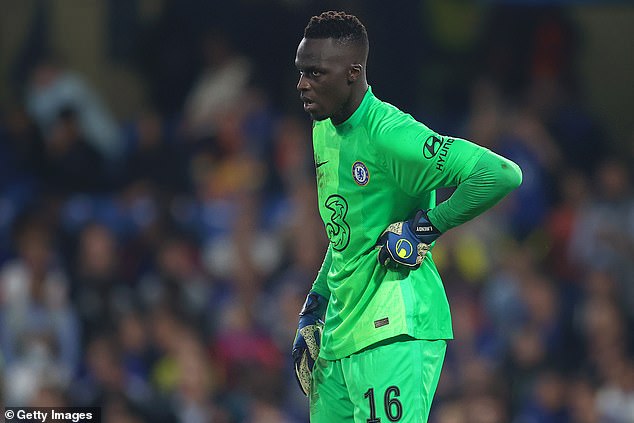 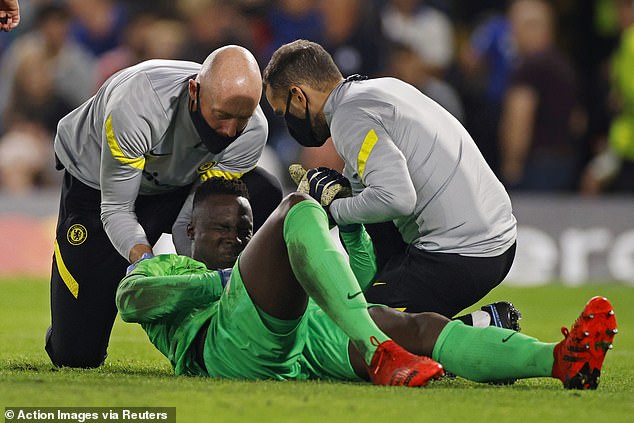 ‘We will try to do everything for Saturday and to reintegrate him tomorrow in individual training and hopefully in Thursday’s team training but not yet.

‘It’s a matter of the amount of pain and the loads that we have for the players and there was quite some intensive games.

‘Hopefully he will be back in team training on Thursday and if this goes well he can be ready for Saturday but I don’t know right now.’ 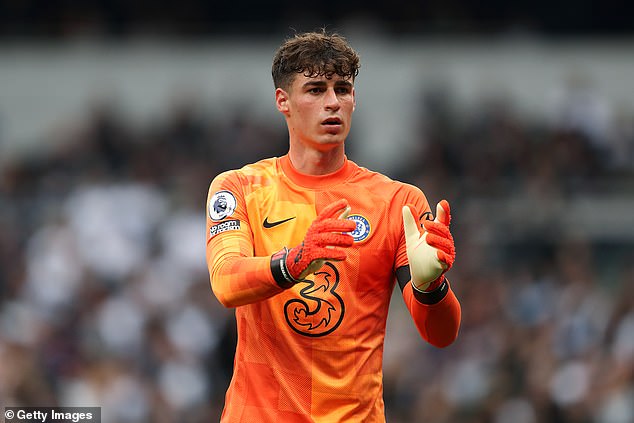 Should Tuchel not want to risk Spanish goalkeeper Kepa against Aston Villa on Wednesday, with the view to playing him against champions City on the weekend, then the German could turn to third-choice Marcus Bettinelli for the Villa clash.

The 29-year-old joined in the club on a free transfer from Fulham over the summer and spent last season on loan at Middlesbrough in the Championship.

Tuchel revealed over the that Mendy was in too much pain to face Tottenham last Sunday, but praised his No 1 for still attending the match despite his setback. 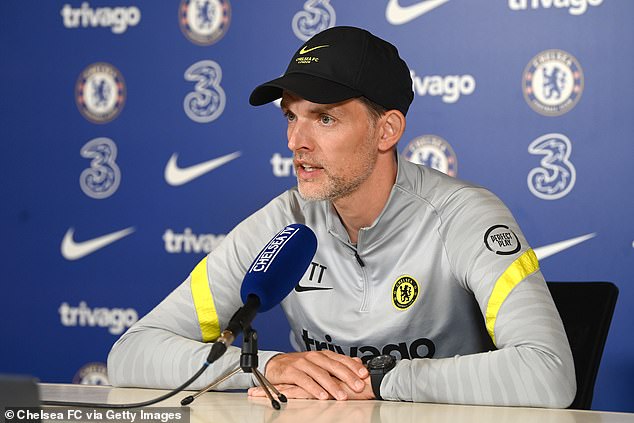 ‘We tried throughout the week and on Saturday in training it was so-so,’ the German said.

‘It comes from the last-minute kick against Zenit in the Champions League. It is very painful and he did not feel 100 per cent comfortable going for a full stretch or to land on it. He didn’t feel comfortable to fight at set-pieces or corners.

‘So we decided to go with 100 per cent and that was Kepa and have Edou with us to be supportive and have good energy.

‘I’m happy Kepa played a crucial role and kept a clean sheet. This is what he deserves and I am happy that he could.’