Could Keir Starmer be an actual football man? The Labour leader was at Wembley for England’s clash with Scotland and has even displayed hipster credentials… his poll numbers may be flat-lining but his tactical stock is on the rise

Try not to panic quite yet. But be warned: this country appears to be sleepwalking into very dangerous territory.

For so much of this summer, Gareth Southgate and his England players have been under attack. One constant criticism? Keep politics out of football. Cases briefly spiralled in Teesside earlier this month and symptoms have been known to include mistaking Sam Johnstone for Vladimir Lenin. It’s said doctors now consider this among the unfortunate side-effects of tournament fever.

Now, though, there is a new issue to tackle. We appear to be in the midst of a major politician who isn’t a clinical sporting tragic. Whisper it quietly, but could Sir Keir Starmer… be… an actual… football man? 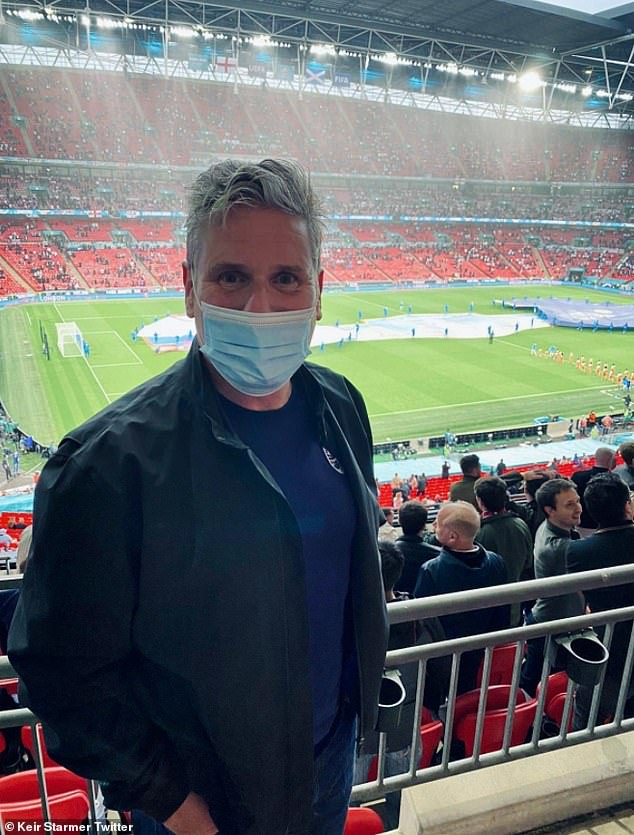 The Labour leader, already a season ticket holder at Arsenal, was at Wembley during Euro 96 and returned for last week’s clash between the Auld Enemies.

That was concerning enough but then Starmer posted a picture from inside Wembley and, I must tell you: he bore worrying resemblance to someone who actually knew what they were watching. This was no wide-eyed extra-terrestrial attempting to infiltrate the underlings by chatting about ‘soccer’ or ‘the footie’.

Now Starmer has even displayed his hipster credentials. Ahead of England’s win over the Czech Republic, the Labour leader came out against popular opinion (yes again, you guffaw).

Rather than joining the national clamour for Jack Grealish as England toiled against Scotland, it’s claimed Starmer repeatedly called for Bukayo Saka to come on. 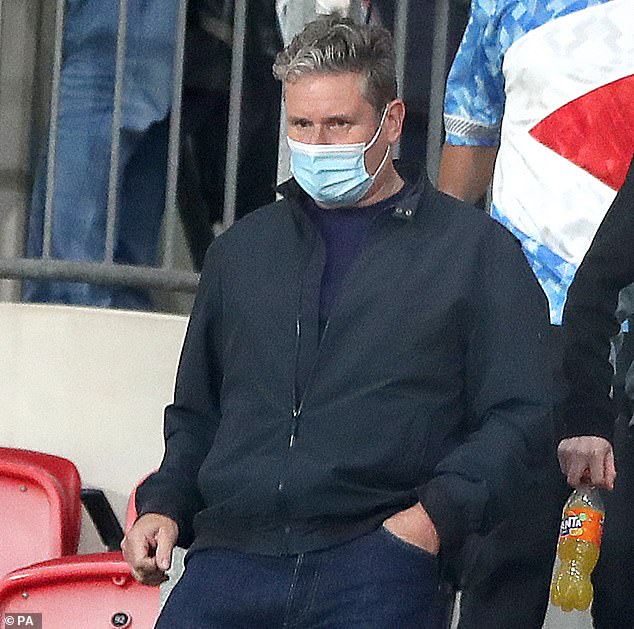 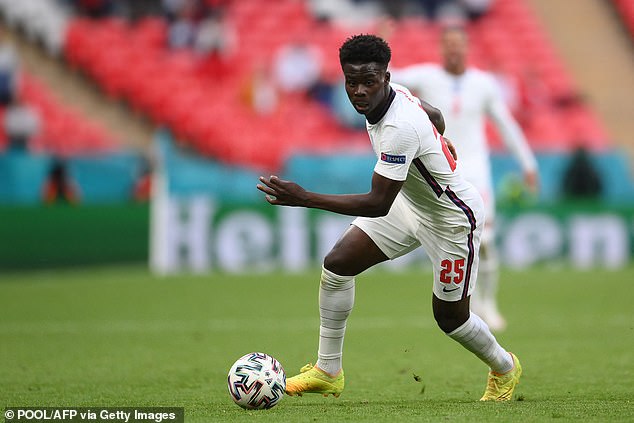 Some saw this as further evidence of his being #OutOfTouch. After Saka’s performance on Tuesday night, however, where does this leave us?

‘I know I’m biased but what a player Saka is!’ Starmer tweeted. UEFA’s ‘Technical Observers’ seemed to agree: the Arsenal man was named Star of the Match.

His poll numbers may be flat lining but Starmer’s tactical stock is undoubtedly on the rise. It’s okay to feel a bit queasy.

Recent history is, after all, littered with evidence of why members of parliament should be locked out of stadiums even after coronavirus restrictions have been lifted.

Jeremy Corbyn’s Arsenal-shtick never sat quite right and John Prescott was rightly chastised for once suggesting England and Scotland should merge their national teams. David Cameron was such a hardcore football fan he supported both West Ham and Aston Villa.

More recently, health secretary Matt Hancock called out Premier League stars at the start of the coronavirus crisis, only to be schooled in public policy by Marcus Rashford over the next 12 months. 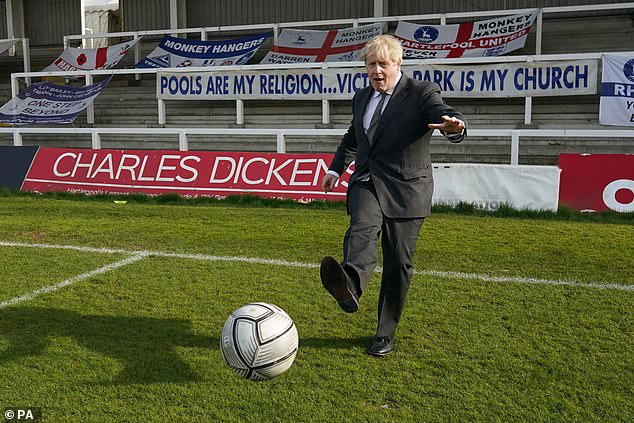 Boris Johnson, meanwhile, has his own catalogue of sporting calamity. From his rugby tackle during an England-Germany charity match to the time he flattened a 10-year-old schoolboy while playing street rugby in Tokyo. Only a few weeks ago, the Prime Minister failed to mention Wales when wishing the home nations good luck this summer.

That really should have been enough for fans of the world to unite and demand: keep football out of politics.

Instead, rumours abound that Starmer will use next week’s PMQs to lobby for the return of England’s back three.