Declan Rice wasn’t going to let a bit of cramp stop him celebrating England’s second goal against Germany, even if he did collapse in agony in his attempts to catch up with Harry Kane.

The midfielder was just coming back on to the pitch after stretching for the ball on the right wing when Kane headed in Jack Grealish’s cross to put the Three Lions in dreamland.

But as Rice attempted to go over and join in the wild celebrations, he was hit with bolt of cramp in his right leg – causing him to dramatically fall to the ground. 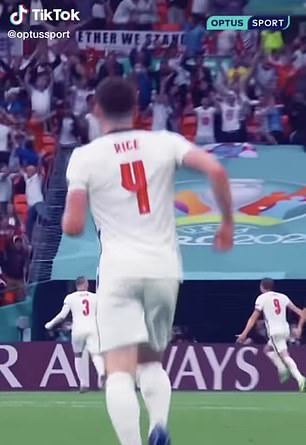 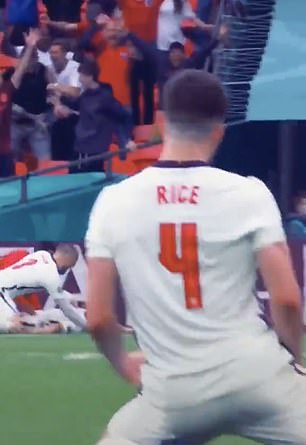 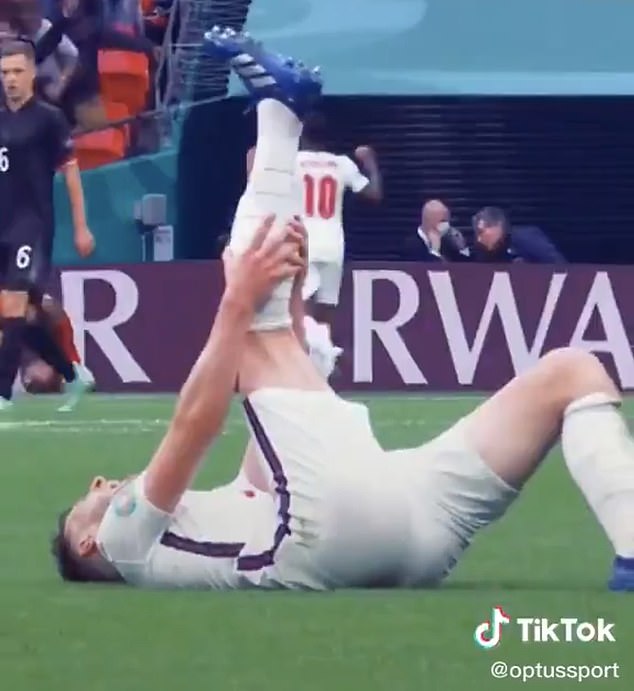 While he didn’t manage to join in the pile of players on top of England’s captain, Rice had his own celebration, raising his arms to the air as his knees dropped to the floor.

But he was quickly forced into a stretch his right leg as the pain proved too much.

The midfielder insisted the cramp had been ‘worth it’ when he shared a video of his collapse on Twitter.

Rice, who has started all of England’s games so far, was subsituted for Jordan Henderson after the goal but will be fit and ready to face Ukraine in England’s quarter-final on Saturday.

However, he picked up a yellow card in the first half of the last 16 match and risks being suspended for the semi-final should England progress. 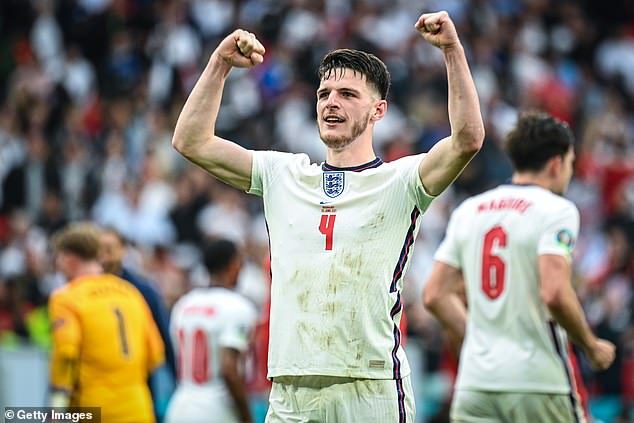 The 22-year-old said the Three Lions had created a ‘piece of history’ after beating the Germans 2-0 at Wembley and insisted the squad believe they can go all the way to the final.

‘It’s history,’ the midfielder told BBC Sport. ‘In the press conferences all week the players have been asked about the previous games against Germany and today we created our own piece of history.

‘We’ve made the most of our opportunity today and it was a pleasure to be out on the pitch.’

Rice said England’s players had been aware of the criticism they had received during the competition.

‘If you look at the group games, a lot of people had written us off, there had been complaints about the performances, not scoring enough goals,’ he told ITV.

‘You read a load of things, but as players you put that to the back of your mind and you want to prove people wrong and I think today, everyone had that fire in their belly to go out there and one, knock Germany out the tournament and two, for us, progress to the next round.’ 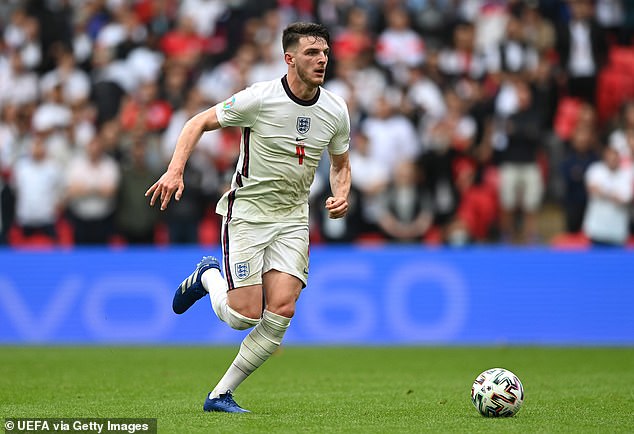 Rice made sure to reiterate that England are only taking it one game at a time, but with just two games between them and a first tournament final in 55 years, he insists the team have the real belief that they can go all the way.

We don’t want to get too ahead of ourselves because Saturday’s a massive game as well now,’ the West Ham midfielder said.

‘We travel to Rome and we want to win that and progress into the semi-finals.

‘All I can say is about today, the occasion, fans, players, how we were up for it in the changing room. I’ve not been a part of a team with togetherness like this.