By Craig Hope for the Daily Mail

Xherdan Shaqiri will captain Switzerland in the absence of the suspended Granit Xhaka against Spain — but the Liverpool forward has been forced to defend his own contribution.

Despite scoring twice in the 3-1 win over Turkey to seal qualification for the second round, Shaqiri has been criticised in some quarters for a quieter showing against France.

He was substituted before Switzerland’s stunning late comeback to draw 3-3 and force a shootout, in which they eliminated the world champions. 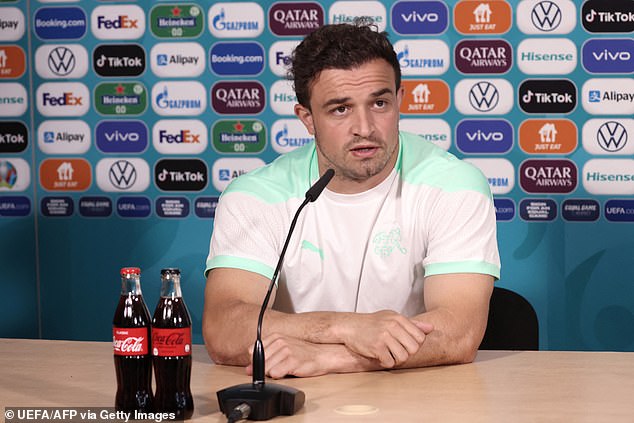 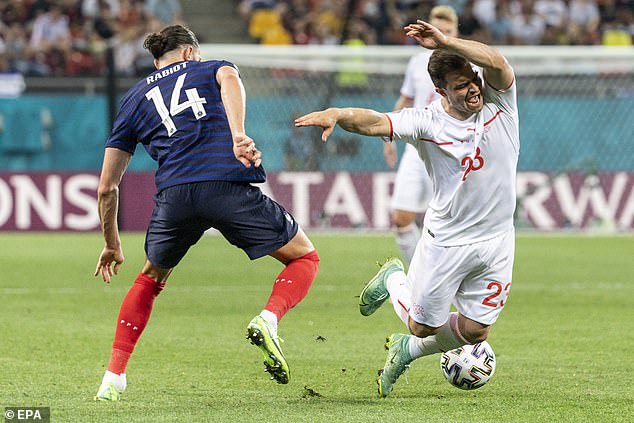 And Shaqiri was less than impressed when it was put to him that he would have to do better during tonight’s quarter-final in St Petersburg.

‘For me, it wasn’t easy against France,’ he said. ‘I had a few good spells and helped a lot defensively. This was decisive for the team. I give everything for the team.

‘But it doesn’t mean I’ve had a bad game if I don’t score or assist. I’m proud of the team performance, but also proud of my own performance.’

Of all the teams remaining, only Ukraine have longer odds of emerging as winners. Not that the Swiss are allowing that to derail their belief on the back of such an historic result against the French. 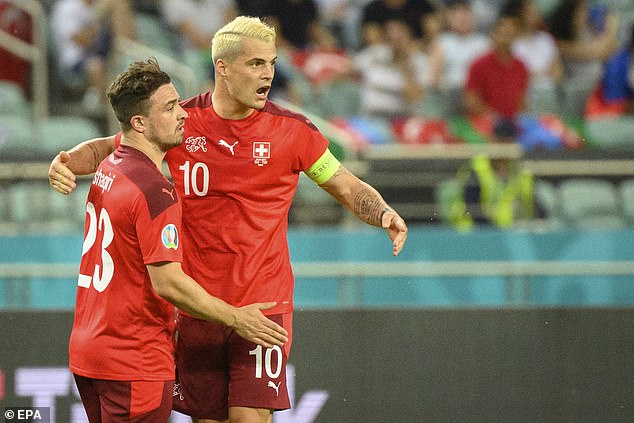 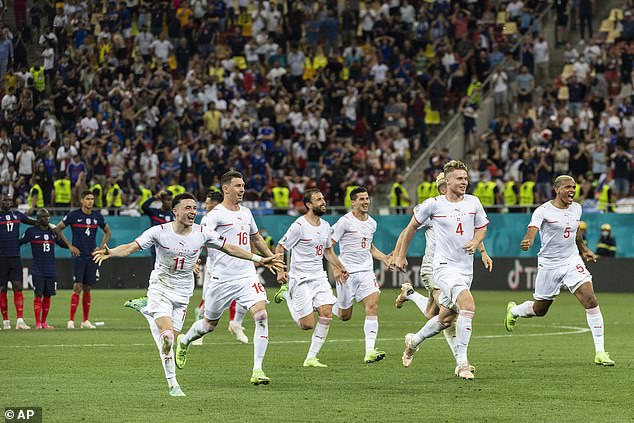 ‘We need to be hungry again, greedy,’ said coach Vladimir Petkovic. ‘I can’t say I’m satisfied that we’ve made it this far. We know we are competing against one of the favourites, but we’re here to make it to the next round.

‘Everyone has to give 10 per cent more, not just to replace Granit, we’ll need that to win the game.’

Shaqiri was just as confident, adding: ‘We will impose our game. If we can show that, then anything is possible. We saw that against France.’