Exeter have given voice to rugby’s simmering sense of injustice over the Government’s inconsistent crowd capacity policy, ahead of what is looming as a hollow occasion at Twickenham on Saturday.

Thousands of tickets to the Premiership final had to be hurriedly cancelled last week after it was decreed by Westminster that the crowd for the domestic showpiece would be limited to just 10,000 fans because of Covid.

The sense of anger over what appears to be unfair treatment grew yesterday, after it emerged that crowds of at least 60,000 would be allowed to watch the final stages of the Euro 2020 tournament at Wembley. 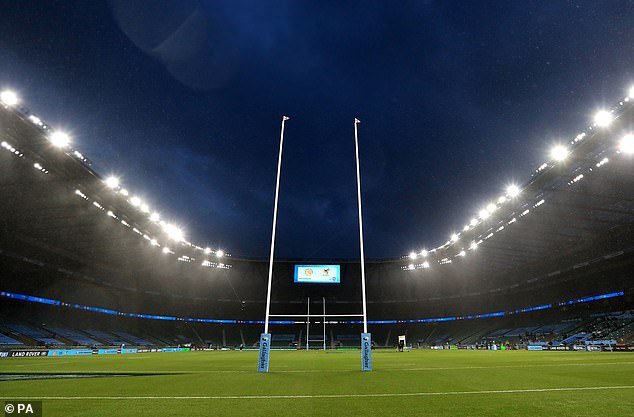 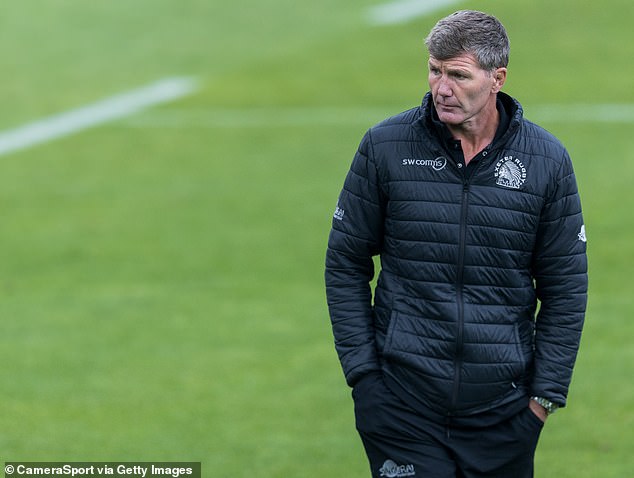 The disparity between the restrictions imposed at two different national stadiums in London has created a mood of unrest.

As the Chiefs prepare to defend their title against Harlequins — in a sixth successive Premiership decider — they spoke out against the imbalance.

Firstly, director of rugby Rob Baxter tried to strike an upbeat tone about the fact that there would be anyone in attendance at all, after so many months of fixtures being played behind closed doors.

‘We are in a scenario where you have got to take the positives and 10,000 there is better than no-one there.’

However, with Exeter and Quins set to lock horns in front of 72,000 empty seats, he added: ‘I don’t think anyone in rugby isn’t shaking their heads a little bit when they see the crowd numbers at other sporting events both now and very quickly — considering you are talking about 82,000 (capacity) at Twickenham.

‘Virtually every other sport seems to be having events at big stadiums where they are getting more than 10,000.

‘Why rugby in particular has been singled out, I don’t know. It is obviously frustrating for the supporters because there are thousands who would have gone who won’t be able to. That is a shame.’

His views were echoed by Exeter’s England and Lions back Jack Nowell, who knows just what the competing teams will be missing after so many experiences of playing at a full Twickenham.

Asked if the players are unhappy about the situation, he said: ‘It’s not just the Chiefs boys, it’s the Quins boys as well — and rugby fans in general.

‘It just doesn’t make sense. If everyone was doing it, fair enough, you’ve got to be safe. 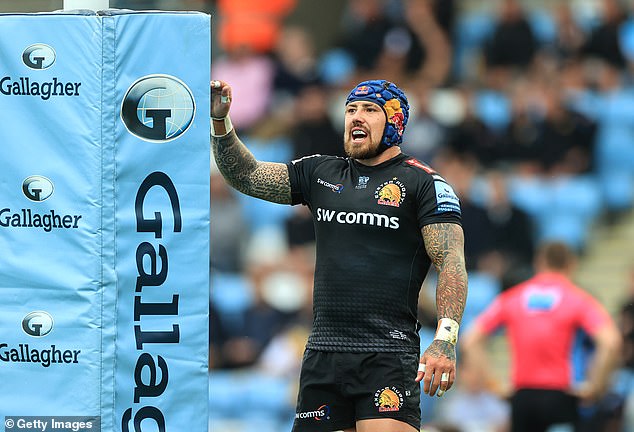 ‘But the fact that Wembley last night had 25,000 and they’re going to 60,000 next week and you’ve got other sports events going on as well (with crowds)…

‘At the end of the day, we’re outdoors. Twickenham is an 80,000-seater stadium. There’s no reason why we can’t have more in there, but I don’t know who’s making the decisions. From a player’s and the teams’ point of view, we’re just gutted.’

When asked if rugby should have made a stand against the ruling, Nowell added: ‘I think we’ve just sat back and taken it, to be honest. Our safety comes first, we can’t deny that.

‘But the fact that there are other events going on and other amounts of people coming in to watch who seem to be getting on fine, there’s absolutely no reason for us not to be doing it.’

This issue has united the clubs preparing to tussle for the title. Harlequins are based just across the A316 from Twickenham stadium, at the Stoop.

In normal circumstances, they could hope for vast hordes of supporters to roar them on and the fact that so many are being denied entry has not gone down well.

Laurie Dalrymple, the Quins chief executive, made his feelings known on Twitter when he said in response to a news story about the higher capacity approval for Wembley: ‘We’ve got 000’s of fans who can’t get into the Prem Rugby Final on Saturday, which even a 20k capacity would’ve part solved.

‘So I don’t say this to be in any way incendiary, but I’m at a total loss as to the logic or rationale behind spectators at live sport at the moment.’

Dr Hilary hits back at anti-vaxxers: 'No suggestion affects fertility – ditch that one!'

Does having an animal street name increase property value? Here are the top 10