Achraf Hakimi appeared to mock Jack Grealish on social media after PSG’s 2-0 win over Manchester City by posting a picture of the England international flattened after the Moroccan’s challenge.

Hakimi’s PSG side ran out comfortable winners against Pep Guardiola’s men on Tuesday’s Champions League night to claim their first European win of the season after goals from Idrissa Gueye and Lionel Messi’s first strike for the French giants.

Immediately after the game on Tuesday night, the Moroccan defender took to Instagram to post an image of Grealish, who Hakimi was marking on the PSG’s right-hand side, floored after a tackle by the 22-year-old at the Parc des Princes. 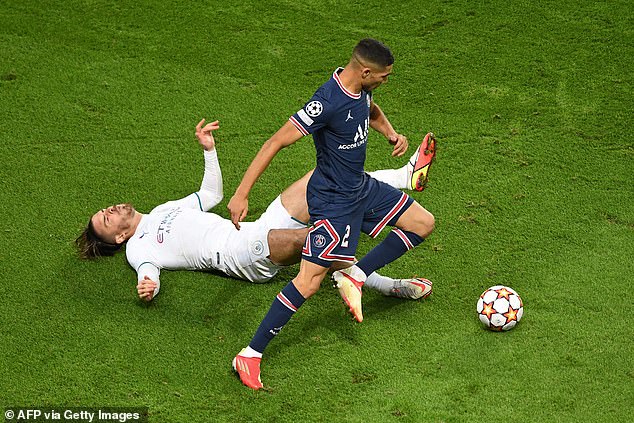 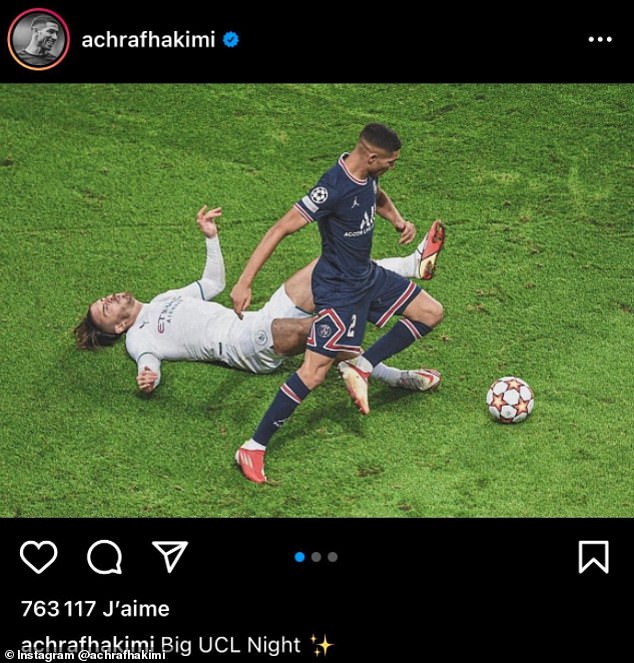 Hakimi captioned the post: ‘Big UCL night’ and before placing the picture ahead of images showing the Moroccan celebrating and playing with his PSG team-mates.

Grealish coming up against Hakimi promised to be one of the more intriguing individual battles of Tuesday evening’s Champions League spectacle, but the PSG defender ended up limiting the England international to limited joy down the left.

Fans on social media were quick to notice Hakimi’s apparent brutal choice of picture to post online after the European victory. 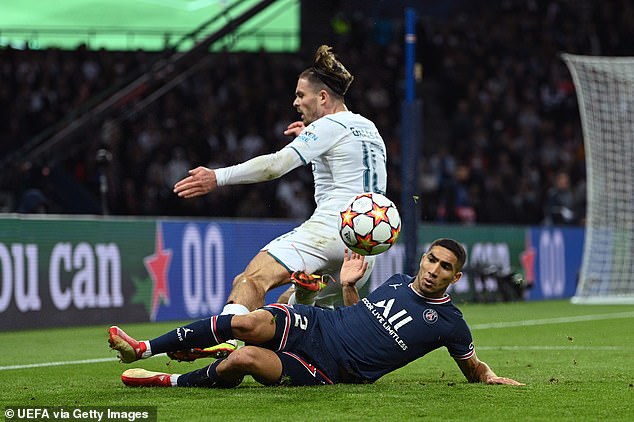 One fan tweeted: ‘Just checked my Instagram and saw this! No way Hakimi actually posted that picture of him with Jack Grealish lying on the floor as the first frame!’

One fan posted the picture in question and captioned it: ‘As fans of English clubs would say : “Grealish didn’t pass the Hakimi test”‘

The result means PSG now top Group A on four points, level with Belgian side Club Bruges who held Mauricio Pochettino’s side to a draw on matchday one.

Grealish’s City, meanwhile, have to settle for third place at the moment on three points, though face a double header against the Belgian club in October and November.

Loading...
Newer Post
Janice Dean: Victims of COVID in nursing homes deserve justice. This is our next step
Older Post
Colorado woman accused of having affair with Barry Morphew arrested for trespassing at family's former home

Summer Olympics: Which countries have hosted the Games the most? 0

Huma Abedin on Anthony Weiner's multiple scandals during marriage: 'I don't regret standing by him' 0

Wimbledon: Jack Draper relishing being centre stage as he prepares to take on Novak Djokovic 0