EXCLUSIVE: Government keen to meet Premier League footballers for peace talks after year of acrimony including rows over taking the knee and player salaries

By Sami Mokbel for the Daily Mail


The Government want peace talks with Premier League players to repair the damage caused by a series of public barbs and gaffes from MPs that have alienated the football community.

There is lingering friction between footballers and Whitehall over a number of issues, namely the anti-racism gesture of taking of the knee and player salaries.

And Sportsmail understands initial steps have been taken in an effort to ease tensions, with Government officials keen to hold discussions with top-flight players.

The move to communicate with players came prior to Wednesday’s cabinet reshuffle which saw MP for Mid Bedfordshire Nadine Dorries replace Oliver Dowden as Secretary of State for Digital, Culture, Media and Sport.

Dowden had nurtured a positive relationship with English football’s leading figures, including FA chief executive Mark Bullingham and chair of the governing body’s inclusion advisory board Paul Elliott, during his tenure as DCMS head and was known to be keen to smooth relations following a turbulent 18 months. 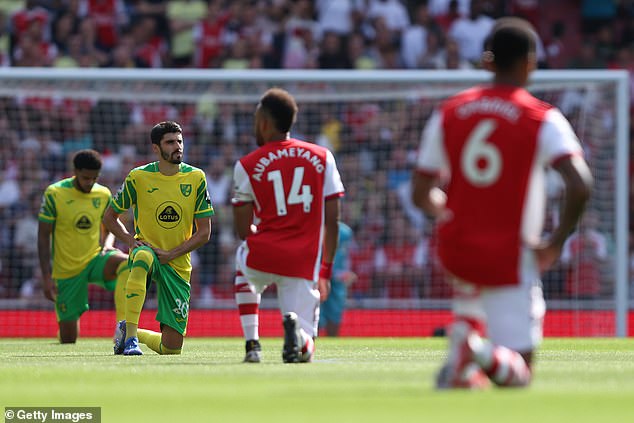 The Government want to hold talks with Premier League players to rebuild relationships after controversy over a number of issues, including taking the knee (above) 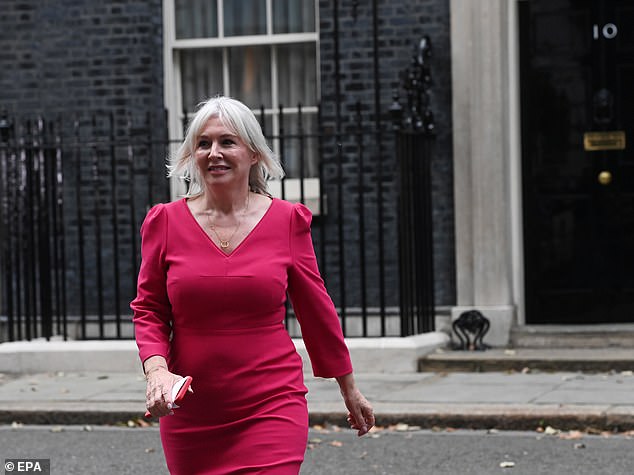 The move was made prior to Nadine Dorries (above) being appointed the new Secretary of State for Digital, Culture, Media and Sport after Oliver Dowden’s tenure

Nevertheless, ensuring greater alignment with players, who are unarguably among the most influential people in the UK, remains on the agenda for Whitehall following the reshuffle.

Dorries has been openly critical of footballers in the past. She caused anger within the football community last April by claiming that the average professional earns £20,000 a week.

Dorries’ tweet was in support of then Health Secretary Matt Hancock, who had urged Premier League players to ‘take a pay-cut and play their part’, at a time when many workers were being forced to go on furlough. 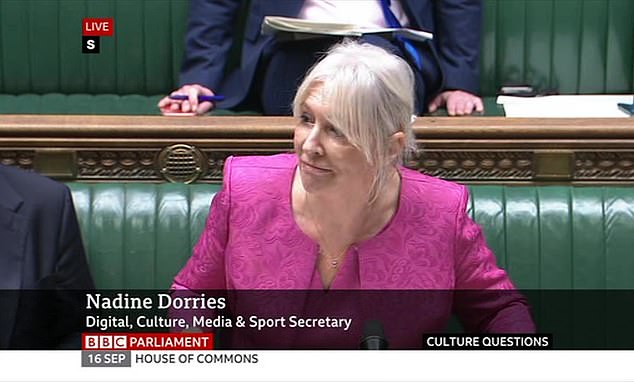 Dorries has been critical of players in the past, calling them ‘overpaid’ and ‘oversensitive’

Hundreds of players and football staff took pay-cuts, in addition to giving large sums to charity during the height of the Covid pandemic.

The apparent lack of support from the Government towards footballers who take the knee is also a major bone of contention among the playing fraternity.

There was a distinct lack of support from the current Conservative Government towards England players’ decision to take the knee during the European Championships. 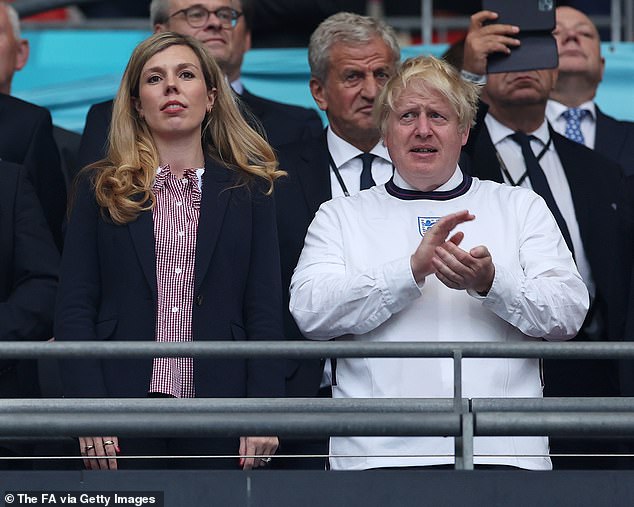 Prime Minister Boris Johnson refused to condemn supporters who booed England players for completing the salute ahead of the tournament, while home secretary Priti Patel said: ‘I just don’t support people participating in that type of gesture.’

Indeed, Tyrone Mings, who played a key role for England at Euro 2020, criticised Patel after the tournament, posting on Twitter: ‘You don’t get to stoke the fire at the beginning of the tournament by labelling our anti-racism message as ‘Gesture Politics’ & then pretend to be disgusted when the very thing we’re campaigning against, happens.’ 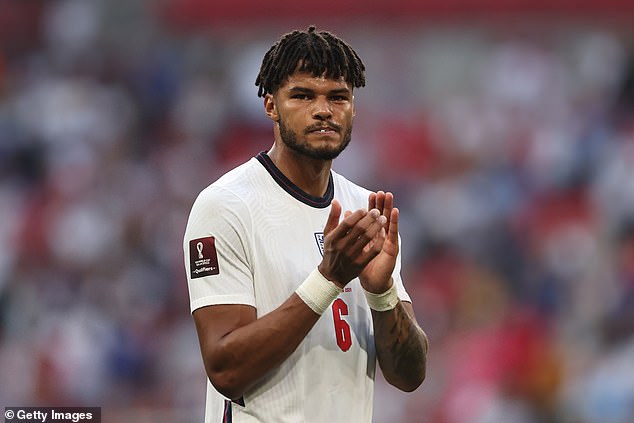 Earlier this month, then Education Secretary Gavin Williamson, who was axed from the cabinet on Wednesday, was forced to apologise after appearing to mix-up Manchester United and England star Marcus Rashford with rugby player Maro Itoje during a newspaper interview

In a statement, Williamson admitted: ‘Towards the end of a wide-ranging interview in which I talked about both the laptops and school meals campaigns, I conflated the issues and made a genuine mistake.

‘We corrected this with the journalist before publication of the story. I have huge respect for both Marcus Rashford and Maro Itoje who run effective and inspiring campaigns.’