Liverpool’s Harvey Elliott has shown encouraging signs in his road to recovery from the ankle break he sustained at Leeds United by posting a video of himself working out in the pool.

The 18-year-old midfielder dislocated and fractured his ankle following a challenge from Pascal Struijk in the second half of Liverpool’s 3-0 win at Elland Road in September.

Struijk was subsequently shown a straight red card by referee Craig Pawson, while Elliott’s future was thrown into chaos. However, the youngster’s recent post has shown promising signs for his return. 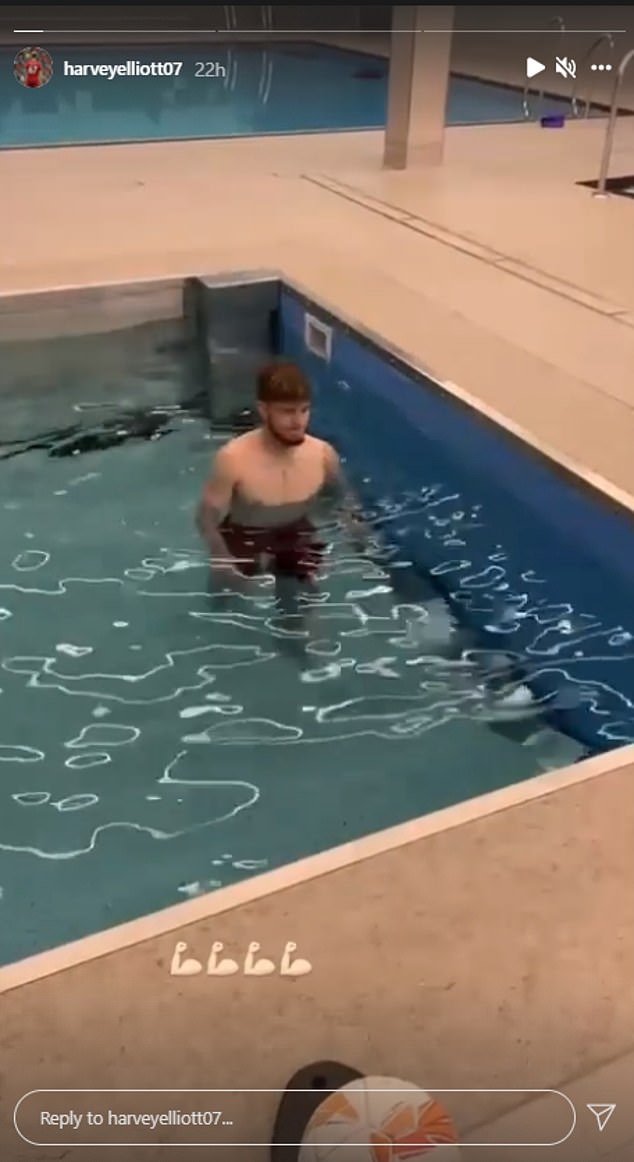 Elliott was injured in the 60th minute of Liverpool’s clash with Leeds at Elland Road after Struijk caught his ankle when he tried to recover the ball.

Referee Craig Pawson initially waved for play to continue after Struijk’s challenge. However, the game was quickly stopped following a strong reaction from the surrounding players.

Moxon and Morgan were able to put Elliott’s ankle back into place on the pitch before he was taken to hospital for further assessment. 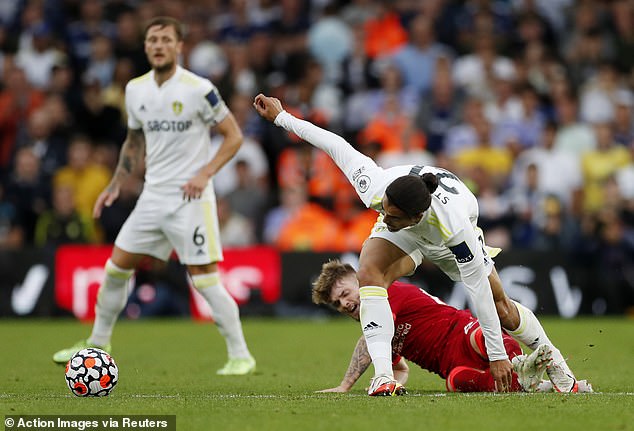 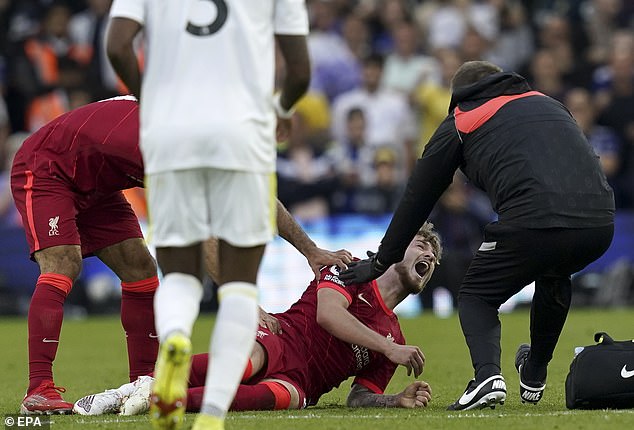 The fracture and dislocation was later confirmed and Elliott underwent the required surgery.

The procedure was deemed a success and the Liverpool starlet’s road to recovery began shortly after.

The 18-year-old recently posted an image of himself cycling on an exercise bike – which delighted football fans across the country.

However, Elliott appears to have stepped up his rehab once again – sharing a video of himself walking in water at Liverpool’s AXA Training Centre.

The video, shared on his Instagram story, shows Elliott attempting to walk at a reduced body weight.

The youngster seems to be comfortable performing the action and captioned the video with three muscle emojis.

Nevertheless, Liverpool are yet to give a time frame as to when Elliott will return to football.

At the time of the accident, Liverpool team doctor Moxon told the club’s website: ‘The operation was a success. 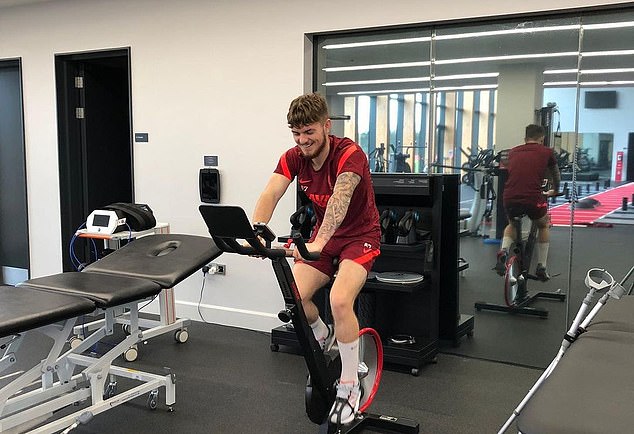 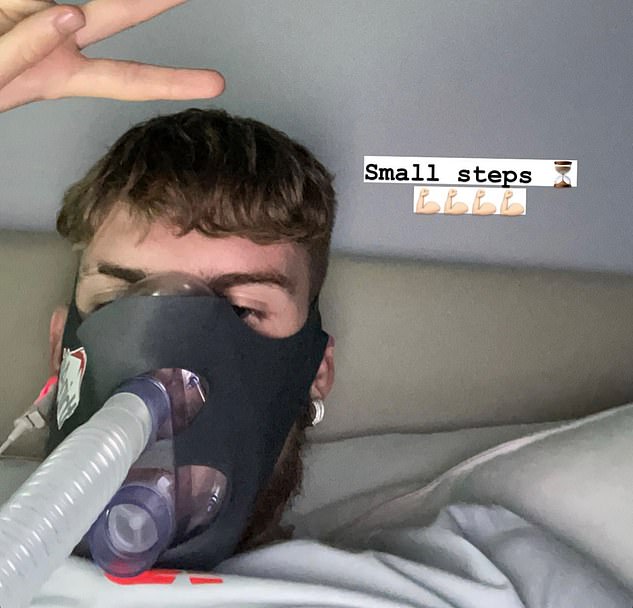 ‘We won’t put pressure on him by setting a specific timeframe beyond being able to say with confidence we expect him to feature again later in the season following our rehab programme.’

While Elliott said: ‘I’m of course absolutely devastate… but have been totally overwhelmed by the love and support shown to me by the entire football world following the injury.

‘I am now fully focused on my recovery and will give everything in my rehabilitation to be back out there as soon as I can.

‘I know I have an incredible support network behind me at Liverpool and together we will get through this.

To all of the Liverpool fans, your support means the world to me. I’m one of you and I can’t wait to be back faster, fitter and stronger to help the team in the future.’