The sound of drinks cans opening in the Italy dressing room soon after their victory over Austria at Wembley seemed to indicate a celebration — but the reality was far more sober.

Pizza and fizzy drinks would not be top of the list for a typical athlete planning their diet for a major competition. As Italy prepare to face Belgium in Munich on Friday, however, these items have become staples on the menu for Roberto Mancini’s men.

As soon as the game is over, the players tuck into slices of pizza with tomato topping, with the chefs given strict instructions to prepare the dough 48 hours in advance as it is thought to aid digestion. 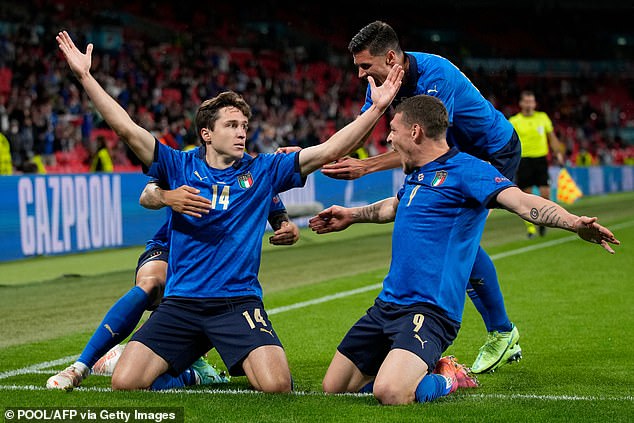 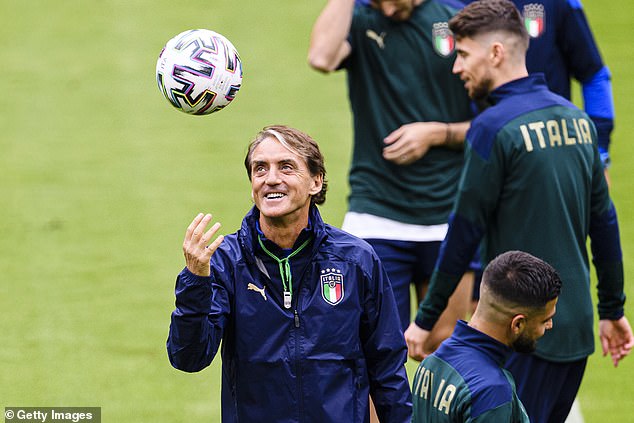 Using ingredients of the highest quality, Italy’s sports science team believe this is the best way to replace carbohydrates lost during the game, with the fizzy drinks doing the same for their sugar reserves.

The policy is not universally popular these days. One of Pep Guardiola’s first moves on taking charge of Manchester City five years ago was to ban post-match pizza, and nutritionists argue over its value.

In Serie A, however, pizza and pop are firmly on the menu — Maurizio Sarri, the former Chelsea manager, was one of the first to use it during his time at Empoli, and Fanta has become a particular favourite across the Italian top flight. 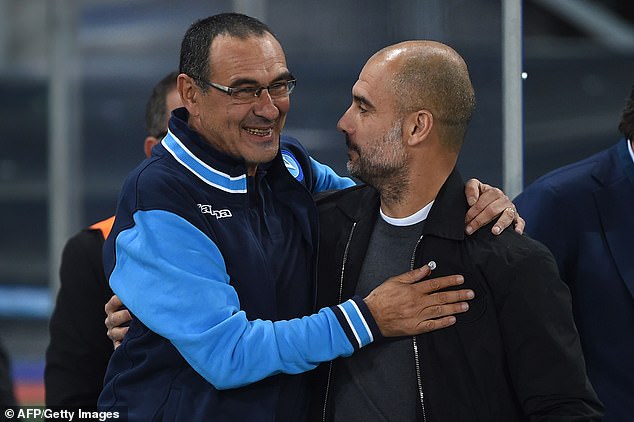 Only once during this tournament have Italy’s squad been allowed to eat red meat — at an impromptu barbecue at their Coverciano training base last Sunday. Players and staff watched the last-16 tie between Belgium and Portugal as they enjoyed sausages and bistecca alla fiorentina — a traditional steak of veal or beef that is a delicacy in Florence.

Apart from that evening off, the rules have been strict: pasta with fish or seasonal vegetables for lunch, chicken or fish with veg for dinner, fresh or dried fruit plus nuts and seeds as snacks.

Along with red meat, Mancini has banned nearly all dairy products, with mozzarella cheese a particular no-no, as well as sweet treats. Occasionally he will make an exception for parmesan or fresh ricotta cheese. Before a match the players are served pasta with tomato sauce. 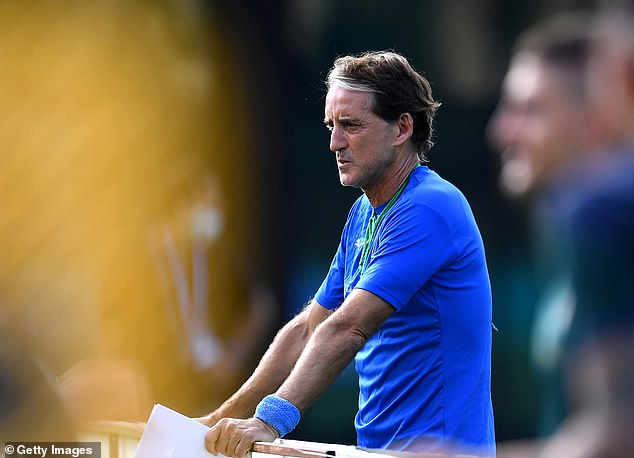 Whether these will prove the right ingredients to stop Belgium remain to be seen. Italy do not trust the public pessimism in the Belgium camp that neither Kevin De Bruyne nor Eden Hazard will be available for the game, yet more than either of those playmakers they fear Romelu Lukaku.

His barnstorming displays fired Inter Milan to the Serie A title and, for most of the season, no defender could handle him. Only Cristiano Ronaldo, with 29, scored more than Lukaku’s 24 goals.

In training this week there has been huge focus on stopping the supply line to Lukaku, especially as Italy’s possession-based game leaves space behind the back four when they lose the ball. 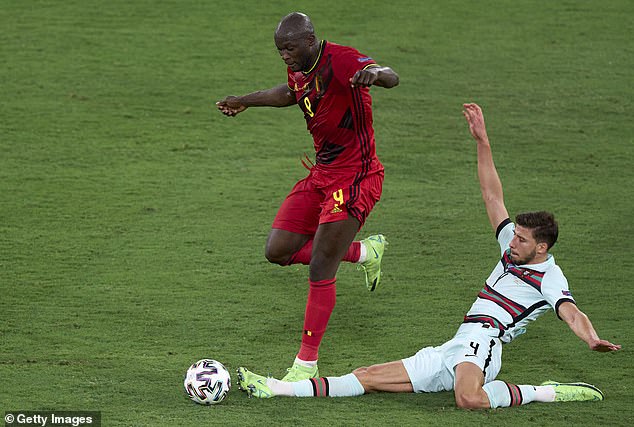 Italy will be tasked with trying to stop Romelu Lukaku (left), who terrorised Serie A last season

Luckily for Italy, their goalkeeper Gianluigi Donnarumma is in fine form and Francesco Acerbi has deputised well for the injured Giorgio Chiellini alongside Leonardo Bonucci in central defence. If Ciro Immobile were at Lukaku’s level, Italy might be favourites to lift the trophy.

When Immobile was asked this week who was the better player — he or his Belgian rival — the Lazio forward was diplomatic.

‘I’ll let others decide,’ he smiled. ‘His physical strength is devastating, he is quick and he has improved a lot in recent years. He has always been very hard-working but playing under Antonio Conte at Inter has made him even better.’ 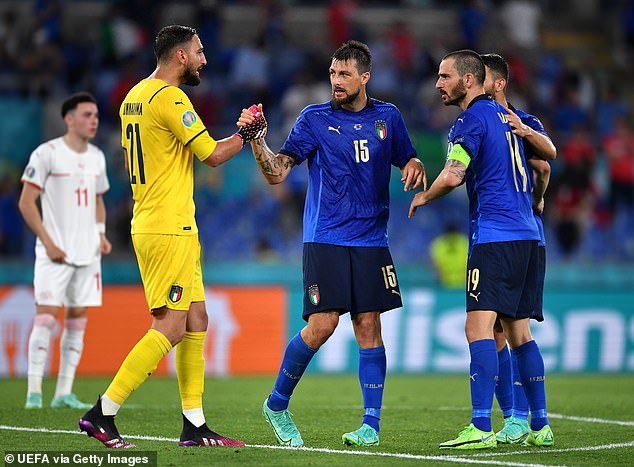 Immobile is the most prolific Italian striker of his generation at club level yet in this team he can appear a square peg in a round hole. Lazio’s counter-attacking game suits him perfectly as he is able to chase early balls into space. Italy’s more patient build-up often exposes his heavy touch and his trouble linking play at speed.

Immobile and his team-mates had the majority of the crowd in their favour at Wembley and they hope to have the backing of at least 10,000 of the 14,500 maximum allowed in Munich.

If Italy prevail in their greatest test since their penalty shootout defeat by Germany at Euro 2016, Mancini may just allow them something a little stronger than Fanta.