England’s emergent star Kalvin Phillips insists coming up against Italy’s duo of Jorginho and Marco Verratti will be the hardest test yet in Euro 2020 final, before hailing his very own partnership with ‘amazing’ Declan Rice

By Reuters and Kieran Lynch For Mailonline

England midfielder Kalvin Phillips believes the Italian midfield duo of Jorginho and Marco Verratti will be England’s biggest test in the Euro 2020 final on Sunday.

The Italian duo have formed a commanding partnership in the centre of Roberto Mancini’s team, on their path to the final.

Leeds United midfielder Phillips has admitted that coming against the pair will be the ‘hardest’ test the Three Lions have had. 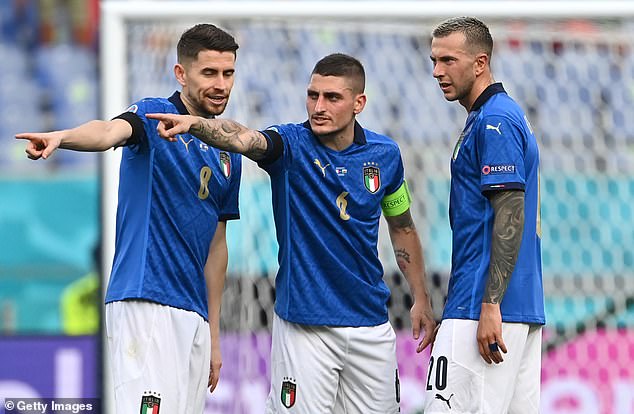 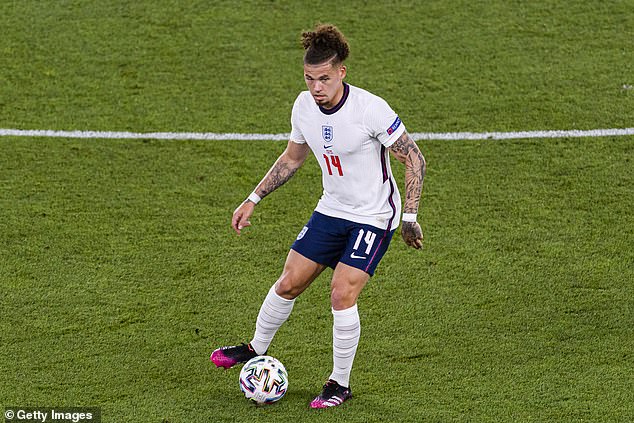 As reported in the Guardian, the 25-year-old said: ‘I’ve played against Jorginho. (He is) An amazing player especially for Chelsea.

‘A player who is very good on the ball, using his body to get away from other people. There are going to be a lot of different challenges that Italy are going to cause us.

‘Verratti is an amazing player as well. I’ve always admired him. With their two midfielders it’s as difficult as it gets.

‘We know it’s going to be a tough game. To come up against those two midfielders is going to be hardest test we’ve had.’

Phillips though has formed an excellent midfield partnership of his own with West Ham’s Declan Rice.

The pair have started every game for Gareth Southgate’s side over the likes of Liverpool captain Jordan Henderson and Borussia Dortmund sensation Jude Bellingham. 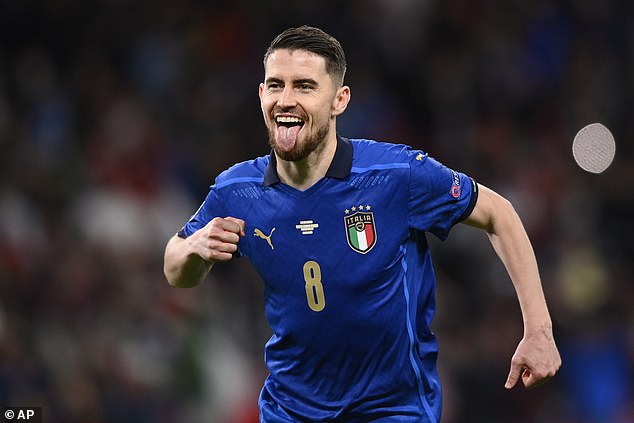 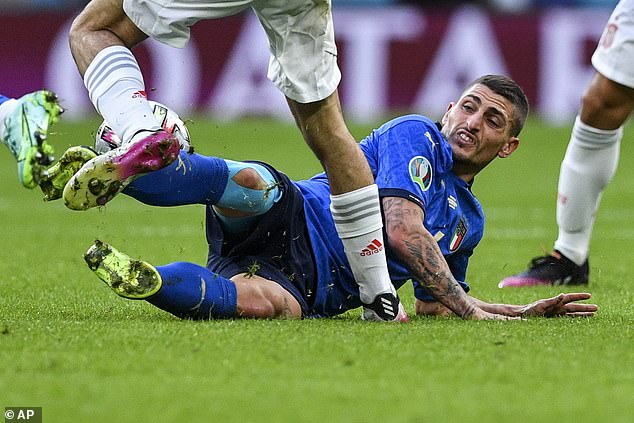 They have provided defensive cover in front of a backline which has only conceded one goal so far this tournament, but have shown they can push forward when needed and provide penetrative passes.

‘Gareth is very ‘us’ orientated,’ Phillips said. ‘He knows what Italy are going to be like, how they’re going to play, but he’s orientated on how we will play, how we can affect them.’

Speaking about Rice he added: ‘He’s an amazing lad. When I first came in I didn’t really know anybody and he was one of the first to say hello to me. Ever since we met we have always been pals.

‘I knew he played in my position, so I knew I was competing against him. Over time I have played a little bit higher up. We have to work together. Me and Declan do that very well.’ 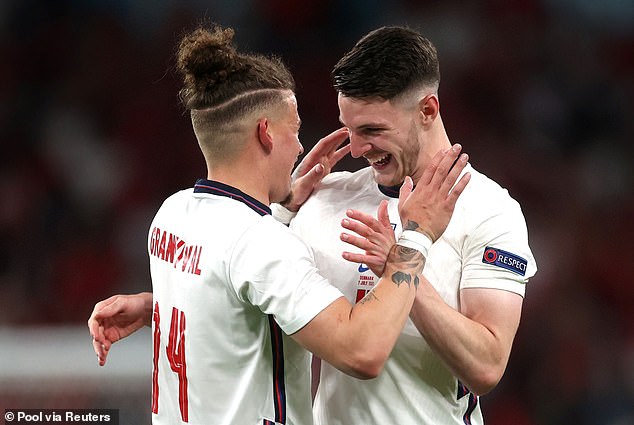 Mayorkas insists border is closed as migrants stream across