Katarina Johnson-Thompson continued her comeback from a ruptured achilles in Gateshead on Tuesday night but was well short of form just three weeks before she competes at the Tokyo Olympics.

After a moderate effort in the high jump in a low-key meet in Montpellier a fortnight ago, which served as her first outing since suffering the injury in December, the heptathlon world champion managed an underwhelming best of 6.10 metres in the long jump at Gateshead.

While expectations have been reduced by such a serious issue, Johnson-Thompson had indicated earlier this week that she is still aiming for a medal in Tokyo. 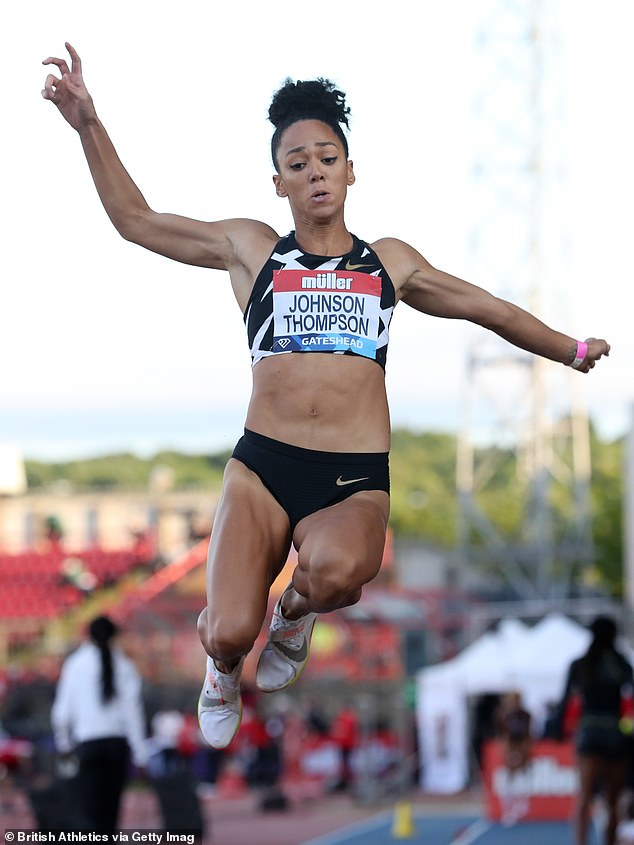 But she clearly faces a difficult race against time to be competitive after finishing eighth out of nine and a full 82cm short of her personal best.

‘I felt really good,’ she said. ‘The distance was not there unfortunately but it means I have three weeks to know exactly what I need to do to get in the best shape for Tokyo.’