Katarina Johnson-Thompson declared she can still compete for a medal at the Olympics after finally confirming she ruptured her Achilles at the end of 2020.

The heptathlon world champion has been virtually silent since Sportsmail revealed in January that had her Tokyo preparations had been thrown into disarray by the serious injury sustained in training last December.

While it remains to be seen if she can be competitive in the Far East, Johnson-Thompson insisted she is back at ‘100 per cent’ fitness and able to fight for a medal. 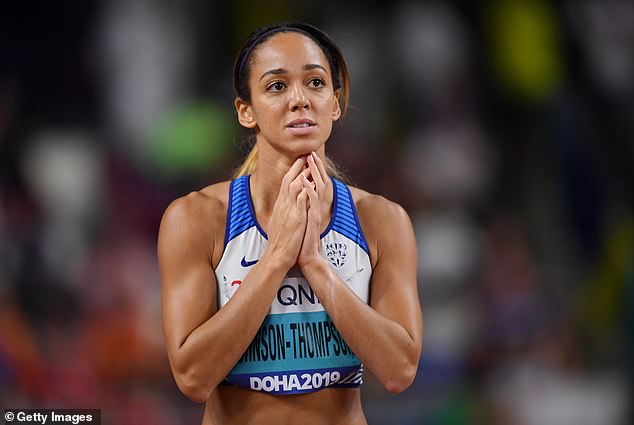 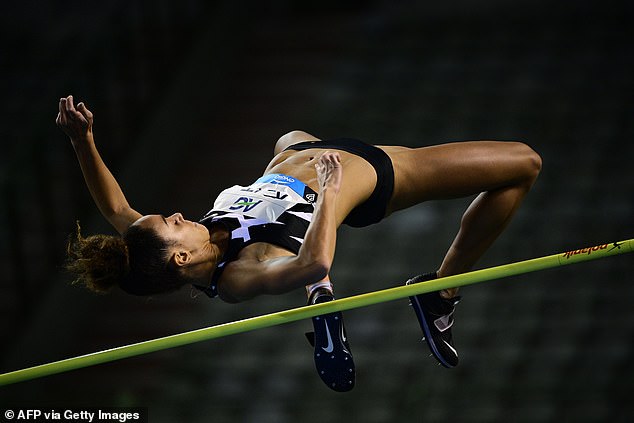 Speaking ahead of Tuesday’s Diamond League meet in Gateshead, where she will test her Achilles by contesting the long jump, she said: ‘It’s been a long, tough road but I’m glad that I’m at the other end of it. I ruptured my Achilles in late December.

‘The lowest part was definitely the impact when it happened and trying to readjust realities and certain preparations for something that I’ve been preparing for five years.

‘At one point, it could have gone one of two ways but I’m glad it went in the best direction for me where I’m able to compete at my third Olympics. I’m fully fit and ready to go.

‘I missed a fair bit of training at the start of the injury and I just wanted to get my head down and get into a big training block.’ 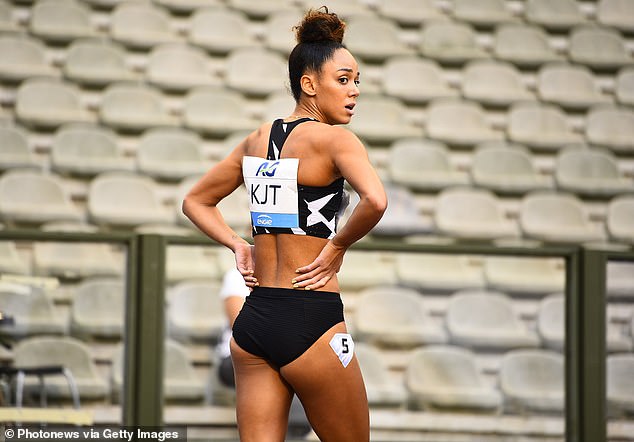 Asked if she is in sufficient shape to fight for a medal, the 28-year-old added: ‘That’s my aim. I wouldn’t have worked so hard as I have for the last seven months to get to the position I’m in. I’ve done high jump last week (she cleared a respectable 1.84m at a low-key meet in France), I’m doing long jump on Tuesday and then I’ve got another competition ahead of Tokyo. My goals haven’t changed, but circumstances have changed. I just know I’m pushing every day to still achieve my targets.

‘I was very sad when it happened. It is my jumping leg but I high jumped off it last week, which is a very good sign. I’m long jumping off the same leg.

‘Everything is healed, I just haven’t had the competition practice that I normally would have. This is one of my first big competitions and it’s July. I’m 100 per cent in my body. In the coming weeks I’ll see where I’m at performance-wise.’