Celtic striker Leigh Griffiths has been sent home from the club’s training camp while they carry out an investigation into claims he sent a number of inappropriate messages on social media.

Griffiths, 30, allegedly sent the string of messages to a girl over Instagram – and screenshots said to be from the conversation surfaced on Tuesday evening.

Police Scotland have also launched a probe, and it has been confirmed that Griffiths will no longer take part in the camp in Wales.

A Celtic spokesman told The Scottish Sun: ‘We have been made aware of online comments concerning Leigh Griffiths.

‘The club will now look into this matter carefully. Leigh has left the club’s training camp as we do this. 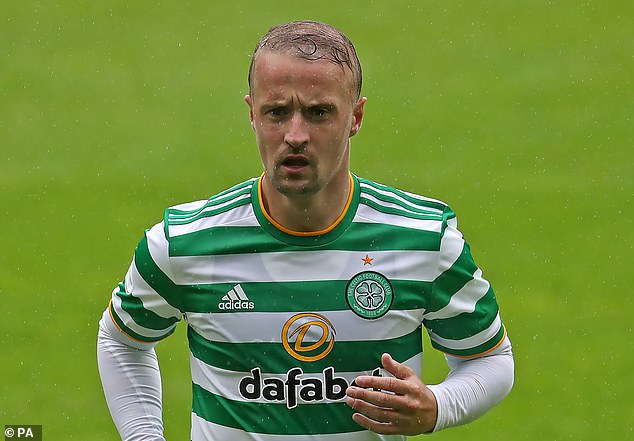 ‘It would not be appropriate to make any further comment at this time.’

A Police Scotland spokesperson said: ‘We have been made aware of social media content. We are making enquiries and assessing for criminality.’

Scotland international Griffiths signed a one-year extension to his contract at Parkhead last week, and has made 261 appearances for the club, scoring 123 goals. 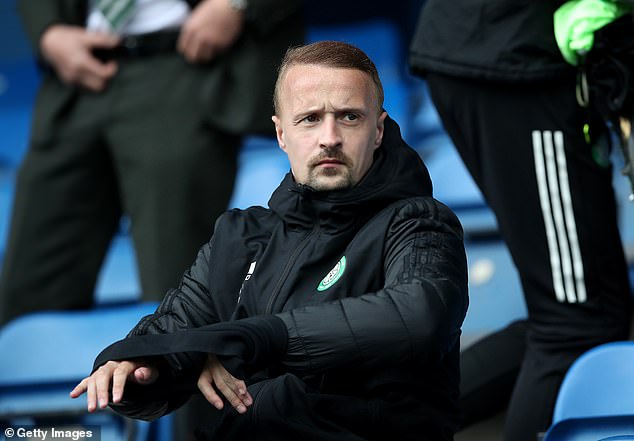 Griffiths, 30, allegedly sent the string of messages to a girl over Instagram – and screenshots said to be from the conversation surfaced on Tuesday evening

After the deal was officially announced, new Celtic boss Ange Postecoglou said: ‘I am really pleased to keep Leigh with us for another season at least.

‘I have had very positive conversations with Leigh and he clearly understands my expectations and more importantly the club’s.

‘Leigh has already proven himself as one of the top strikers in Scotland and I look forward to working with him so that we can bring success to Celtic Football Club.’

Griffiths has five children from his previous relationships and is currently dating dental nurse Caitlyn Melville. 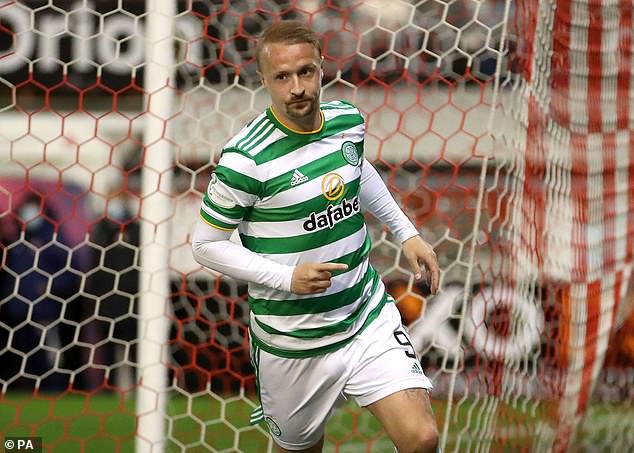