RC Lens will play their next two home games, against Strasbourg and Reims, behind closed doors after crowd trouble marred their Northern Derby meeting with Lille on Saturday afternoon.

The second half of the Ligue 1 clash was delayed by more than 30 minutes after incidents between the two sets of fans led to a pitch invasion that required riot police to intervene.

As a result, Lens will now play their next two games behind closed doors pending an investigation by disciplinary committee of the French League (LFP). 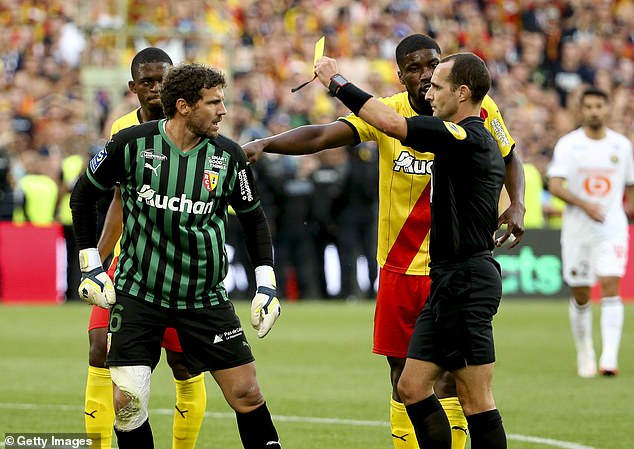 The trouble started the ‘Lens ultras’ stormed onto the pitch to confront Lille fans in the Trannin Stand.

It is believed six people sustained minor injuries as fans began throwing seats at each other.

Riot police were forced to intervene to prevent any further injuries and take control of the situation.

Speaking after the event, the national governing body said: ‘The LFP strongly condemns the outbursts, the invasion of the pitch and the violence that occurred during the match between RC Lens and LOSC Lille.

‘In view of the seriousness of the events, the Disciplinary Committee will meet on Monday 20 September.’