By Will Kelleher For The Daily Mail

The Lions tour stumbled on in the face of Covid chaos on Wednesday as the tourists made it clear they intend to complete their trip despite now having the virus in camp.

On a dramatic, ever-changing day the Lions revealed:

• Two positive PCR test results were returned which forced 12 of their party into isolation and ripped up their match-day 23 for Wednesday’s Sharks tour match.

• Not all of their touring party have received both vaccines.

• They are yet to find a new opponent for Saturday, after the Bulls had positives in camp and withdrew.

• They remain firmly committed to completing the tour, and Test series, on South African soil despite multiple virus outbreaks. 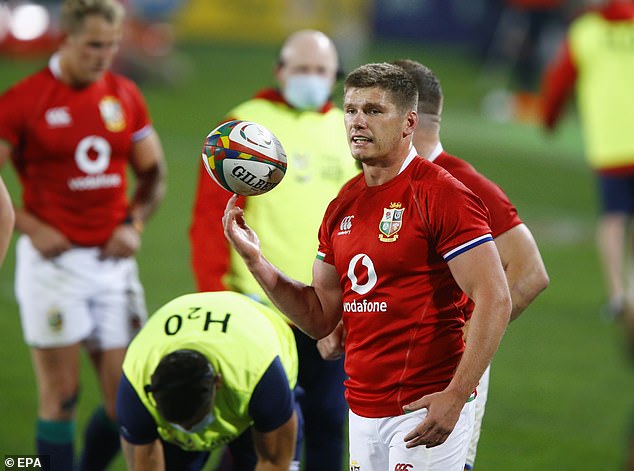 Having received one lateral-flow positive result the Lions went into lockdown in their Johannesburg hotel on Wednesday morning, re-testing their entire group using PCRs.

Those showed that one player and the same member of staff who was the initial positive had the virus.

Before the negative-tested Lions played the Sharks Chief Executive Ben Calveley, who confirmed ‘there are people in the Lions bubble that haven’t been double jabbed’, was asked if he thought it was a good idea to proceed with the tour.

‘We certainly think it is,’ he said. 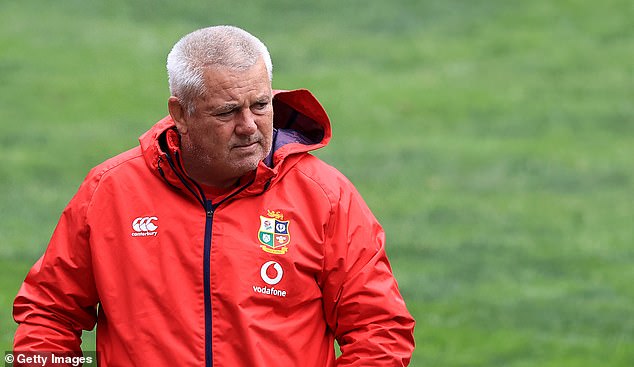 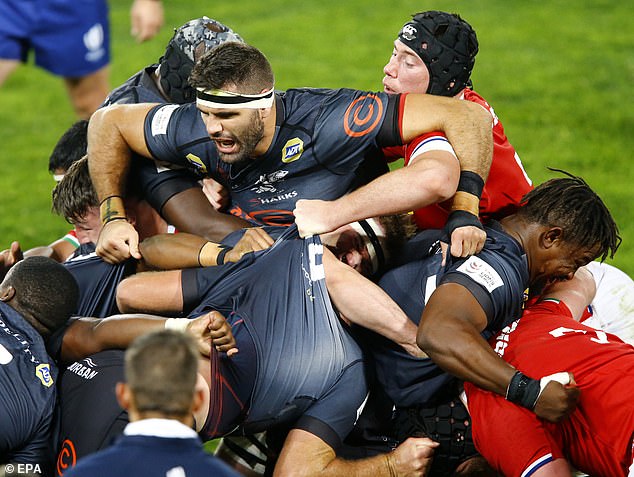 ‘Our Medical Advisory Group contains independent virologists and infectious disease experts and their recommendation was that the match could proceed.

‘We see it as a positive that we are showing that we can overcome all the challenges that face us and are determined to make sure we can put a tour on for the players, the fans and for all of our friends here in South Africa.

‘We are in a secure, tightly controlled bubble environment but no bubble is entirely impenetrable.

‘We go on and deal with Saturday, then move to Cape Town on Sunday, and at the moment there is no intention to deviate from that agreed schedule.’

The Lions do not have an opponent for Saturday yet and the Springboks’ second Test against Georgia, set for Friday, was cancelled with 12 cases among the South Africans and four with Los Lelos.

SA Rugby CEO Jurie Roux said: ‘In the context of the loss of life and economic damage that Covid and this third wave are wreaking, the cancellation of a rugby match is pretty trivial.’

High cholesterol diet: The type of fat you should eat every day to avoid symptoms