‘He’s out-of-this-world class!’: Brighton boss Graham Potter hails Liverpool star Mohamed Salah ahead of weekend clash but reminds his Seagulls side that they must deal with the Egyptian’s team-mates too

Potter’s team face the daunting task of visiting Anfield on Saturday, with the Reds and Salah both in scintillating form.

Salah’s hat-trick in Liverpool’s 5-0 demolition of Manchester United last weekend saw the Egyptian score for the 10th successive match in all competitions and take his tally for the season to 15 goals. 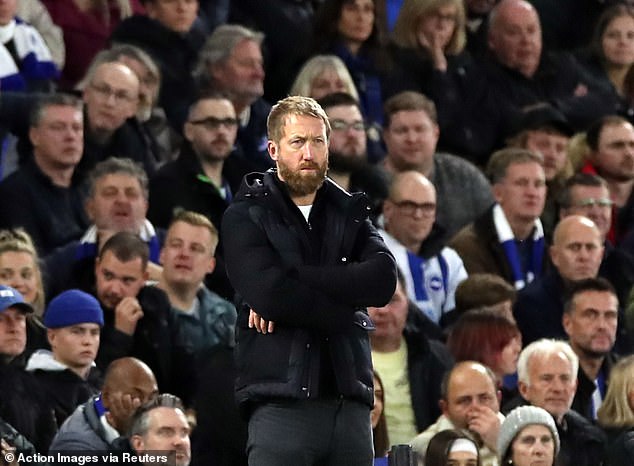 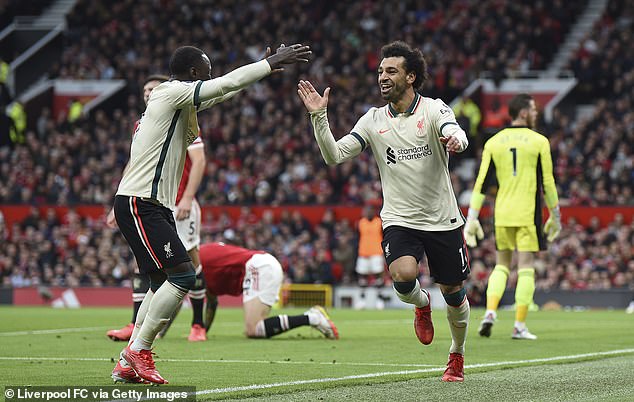 Asked how do you stop the 29-year-old, Potter said: ‘That’s a very good question. At the moment he’s not world class, he out-of-this-world class! He is producing in all the big games too – Chelsea, Manchester City, Atletico Madrid, Manchester United.

‘But, unfortunately for us, it’s not just him who is a top, top player for Liverpool. It’s a team. These top teams have wonderful individual players but they are also a unit and a team and we must try to deal with that.’

Potter’s side did deal with it last season, winning 1-0 at Anfield to break Liverpool’s long unbeaten home record in the Premier League spanning 68 matches.

That victory came in an empty stadium as football continued to feel the effects of the coronavirus pandemic. 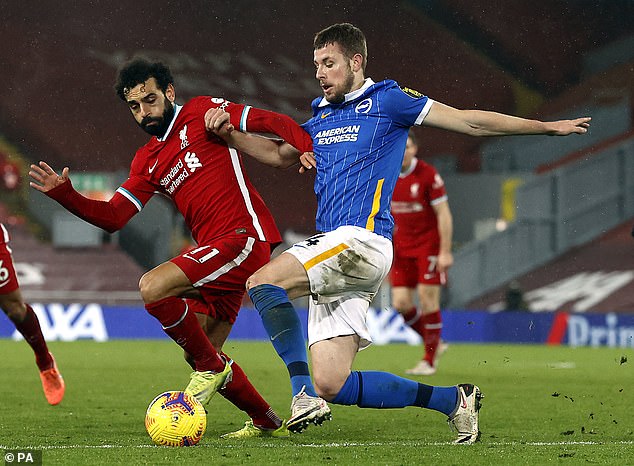 The Brighton boss knows his team face a tough task to repeat that feat when they return to Anfield.

‘Anything is possible of course, but it is the most challenging footballing environment there is. Anfield with a crowd is a completely different animal, I would suggest, than what it is without,’ said Potter.

‘You need everything pretty much to go your way if you want to try to get a result at Anfield. You have to be perfect yourselves, you have to be together, you have to be resilient and play at such a high level and then you have to hope that they have a bit of an off day as well. Because while we are in the same league, we are not at the same level as them.

‘We can learn and use that experience last season but I would suggest we will have to step it up again.’ Potter confirmed that Dan Burn will miss the Liverpool game. The big defender suffered a heavy fall and injured a knee during the Carabao Cup defeat at Leicester on Wednesday night.

‘He’s had his scan and he won’t be available for Anfield,’ said Potter. ‘We don’t know the full extent yet, we are still waiting.

‘It’s his knee. It doesn’t feel as bad this morning but we are just waiting for the results of the scan.’

Yves Bissouma will be available following his substitute appearance in the cup after more than a month out with his knee problem.