Jadon Sancho will wear the No. 25 shirt for Manchester United, the club has announced, following the 21-year-old’s arrival from Borussia Dortmund.

After over a year of negotiations, United finally landed their man on Friday as Sancho completed his £73million move from the Bundesliga club, putting pen to paper on a five-year contract.

There had been speculation that Sancho would don the No. 7 shirt, following in the footsteps of the club’s most famous wingers in Cristiano Ronaldo, David Beckham and George Best to take the number. 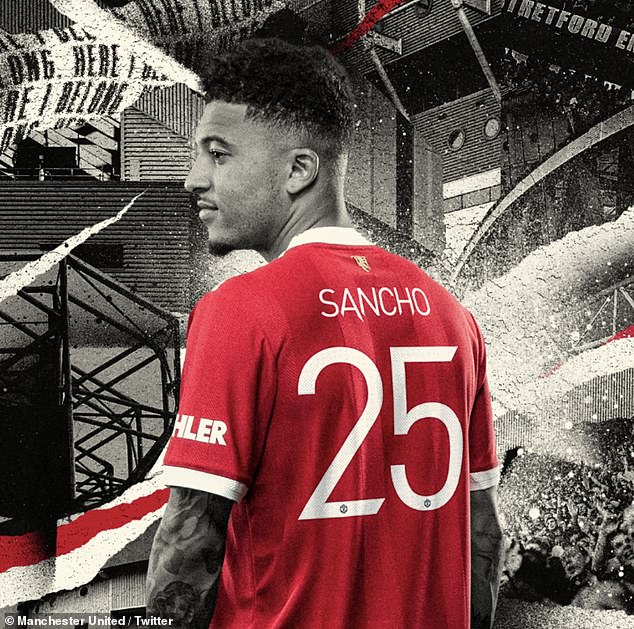 Jadon Sancho will wear the No. 25 shirt for Manchester United, the club has announced 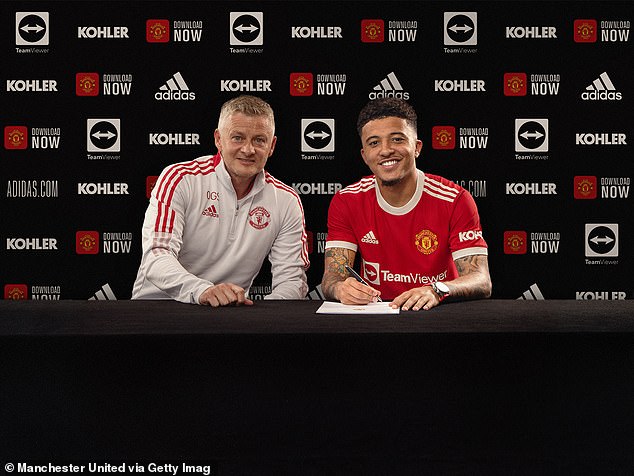 Sancho, 21, completed his £73million switch from Borussia Dortmund to United on Friday

However, the club has announced that Sancho will wear the No. 25 shirt, meaning the No. 7 shirt will remain in Edinson Cavani’s possession, having taken the number last summer.

Sancho wore the No. 7 shirt for Borussia Dortmund, and was No. 17 for England at the Euros.

Sancho’s arrival has stirred huge excitement among United fans, with the club desperate to win silverware under boss Ole Gunnar Solskjaer, having lost out in the Europa League final to Villarreal on penalties last season. 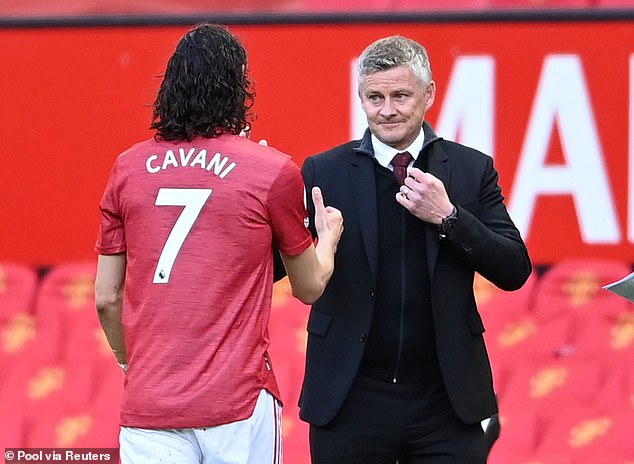 Sancho was rumoured to take the famous No. 7 shirt, but Edinson Cavani will hold onto it 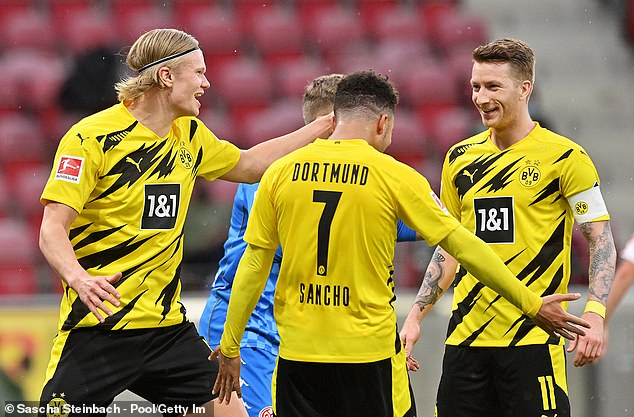 The Englishman wore the No. 7 shirt for Dortmund, and took No. 17 for England at Euro 2020 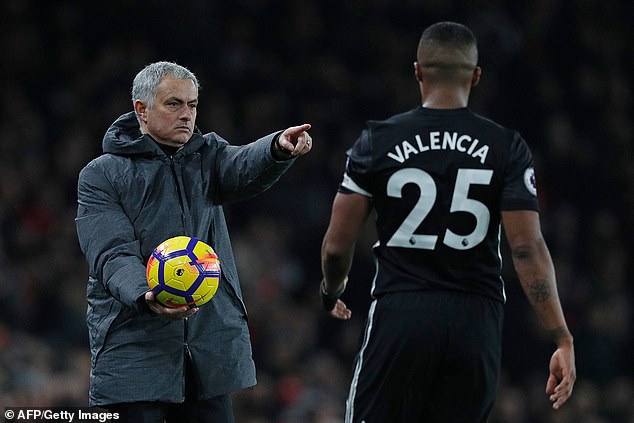 Sancho follows the likes of Antonio Valencia (pictured) and Odion Ighalo to wear No. 25

The 21-year-old said he is looking forward to ‘developing something special’ at Old Trafford with his new side.

‘I’ll always be grateful to Dortmund for giving me the opportunity to play first-team football, although I always knew that I would return to England one day,’ he said.

‘I am looking forward to working with the Manager and his coaching team to further develop my game.’