‘Make it REAL grass… Jesus!’: Nick Kyrgios slams the Wimbledon conditions AGAIN, which have marred the first week, before screaming out it ‘feels like I’m playing at Roland Garros’ during his second-round contest

Wimbledon’s playing conditions have been a hot topic so far this week, and Nick Kyrgios launched another rant about the state of the famous green turf on Thursday.

During his second-round contest at SW19 against Italian Gianluca Mager on Court Three, the charismatic Australian made a public outburst comparing Wimbledon’s conditions to those at the French Open.

Kyrgios, who was leading 6-5 in the first set at the time, shouted out loud in front of those in attendance: ‘Make it real grass! Jesus.’ 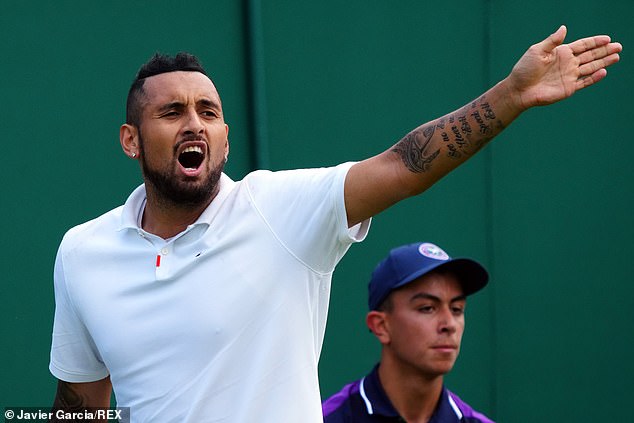 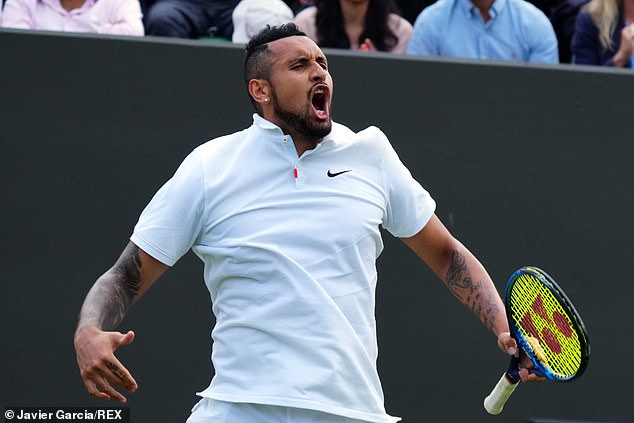 Moments later, Kyrgios gave the fans at Wimbledon a lesson about the tricky conditions he and the rest of his rivals are facing right now.

‘For those of you who don’t know, on grass it’s supposed to slide away, now it just pops up on all of them,’ Kyrgios ranted. ‘Feels like I’m playing at Roland Garros.’

Despite expressing his frustration, Kyrgios ended taking the first set on a tie-break before moving into a commanding position after winning 6-4 in the second.

Kyrgios’ outburst comes just days after his first impassioned rant about the state of Wimbledon’s conditions during his thrilling five-set victory over Ugo Humbert in the first round.

‘For those of you guys at home right now, this should be fast. It’s grass court tennis,’ Kyrgios said, addressing the courtside camera at a changeover. ‘This is slow. It’s slow. They made it slow. It’s not turf anymore, it’s a joke.’ 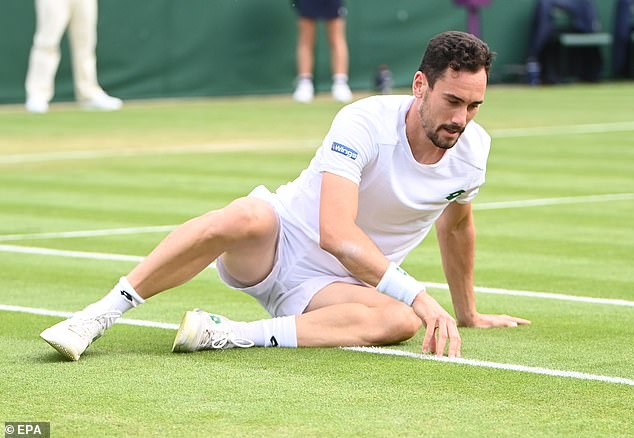 The conditions at Wimbledon this year have grabbed plenty of headlines – and not only because of Kyrgios’ outbursts.

There have been tumbles galore during the opening two rounds, with Serena Williams and Adrian Mannarino having been forced to withdraw through injury from the tournament after slipping on court.

Meanwhile, men’s world No 1 Novak Djokovic and Kyrgios are among the many stars who have struggled to stay up on there feet at Wimbledon during the early rounds.

And after coming under scrutiny, Wimbledon were forced to reassure players on Wednesday that its first-week courts are perfectly playable.

Wimbledon sent a communication out to the men’s and women’s player associations setting out their position on court surfaces on Wednesday. 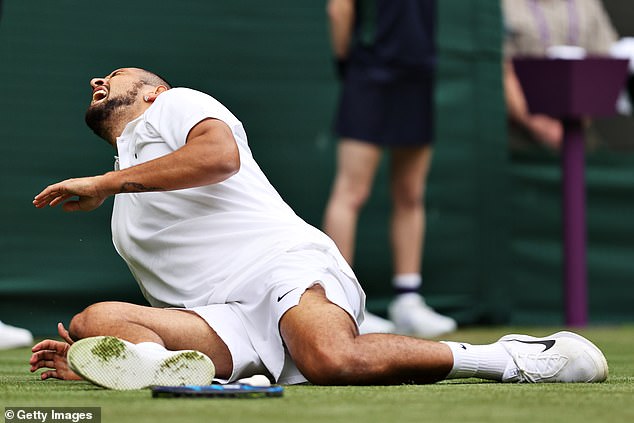 Head groundsman Neil Stubley answered questions about the effect of the roof on Court One and Centre Court, and the fundamental one about whether it was safe to play.

‘Absolutely,’ he replied. ‘Because it’s a natural surface there is always that risk of slipping. I think because we are not getting that wicking effect from the air movement from the wind in the first few days, it’s just taking a little bit longer for that process to happen.

‘We always go into the championships with a percentage of moisture that sits within the plant and soil for the courts to last for the whole duration.

‘Normally what would happen as the first few days pan out, the moisture starts to be drawn out and the leaf will naturally start to harden up.’