It is easy to understand the anger at England’s refusal to spend just four days in Pakistan next month to play two Twenty20 internationals in what was meant to be a goodwill trip.

After all, England were supposed to be thanking Pakistan for playing such a big part in rescuing the domestic game last year when they travelled for a three-Test series at the height of the pandemic in the UK before vaccinations.

Instead, the overwhelming impression given by this week’s withdrawal is that England want other countries to help them in their hour of need but will do very little in return. Unless, of course, there is big money involved.

Nobody would have argued had England cited security concerns for the move in the wake of New Zealand’s withdrawal on the morning of their scheduled first one-day international in Rawalpindi last week because of a ‘credible’ threat on their team.

England are advised by the same highly respected security expert as New Zealand, Reg Dickason, and, as Sportsmail revealed last week, the Kiwis were acting on intelligence from the Five Eye operation that advises both New Zealand and the UK. It would have been an easy and justifiable jump for ECB to make to link the two and pull the plug.

But it was a statement that seemed to blame the anxiety a trip to Pakistan could invoke in the players after all the time they have spent in Covid environments more than any security issues in Pakistan that stretched credulity and smacks of hypocrisy. 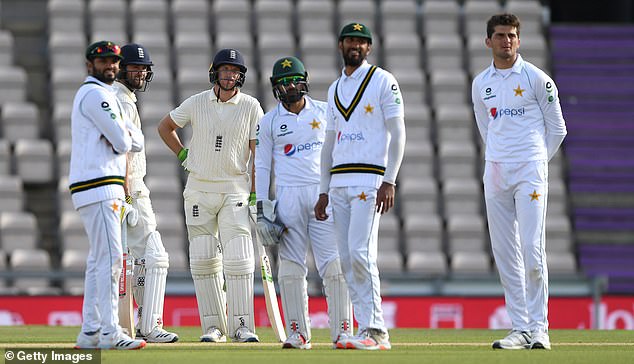 Pakistan saved ECB millions by playing at height of pandemic, and this how they repay them

Remember, all the players would have been asked to do was spend two days fewer in Pakistan than the six-day quarantine period required of those who travelled to the UAE for the resumption of the IPL. Funnily enough, nobody involved seemed to have an issue with that.

What a coincidence, too, that England players at the IPL, including captain Eoin Morgan, will now be able to stay in the UAE for the full duration of the tournament now that ECB have called off tours to Bangladesh and Pakistan that clashed with it.

If we are talking hardship here those Pakistan players who saved millions of pounds worth of broadcasting revenue for ECB by coming here last summer could point to the weeks on end they had to spend in quarantine in the hardly luxurious surroundings of the Travelodge at Derby.

Clearly if there were players concerned at the volatile situation in the region they could have pulled out of the Pakistan trip without any sanctions, just as Morgan and Alex Hales refused to go to Bangladesh in 2016. 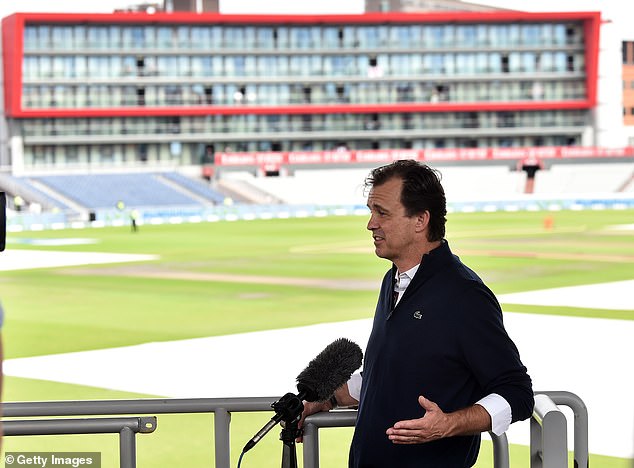 And if the whole squad wanted out then England could surely have found a competitive party prepared to go, just as they were able to pick a completely new ODI squad this summer to face, aptly, Pakistan after a Covid outbreak.

But no. Instead Pakistan, a cricketing country that went through so much during the years of isolation following the terrorist attack on the Sri Lanka team in 2009 and worked so hard to get international cricket back, have been treated shabbily.

And ECB, just as they did when Tom Harrison said India’s late decision to cancel the Old Trafford Test had nothing to do with IPL, have insulted our intelligence with a mealy-mouthed statement that just doesn’t wash. International cricket, and Pakistan in particular, is again the loser.

Ian Chappell is still, approaching his 80th birthday, as uncompromising a figure as he was when he became one of the greatest of Australian captains. He remains one of the wisest judges in the game, too, and I was reminded of him yesterday as I watched James Vince batting for Hampshire against Lancashire at Liverpool.

I bumped into Chappell in the Sydney media centre towards the end of the last away Ashes when it became clear Vince’s time as a Test batsman was coming to an end.

‘Is it right Vince is going to be dropped?’ Chappell asked me just after the Hampshire captain had been dismissed for 18 in an all too familiar fashion. ‘You blokes must have a lot of good players at home if you’re going to ditch him. He can play.’

Vince can still play now but his innings of 16 yesterday was his career in microcosm. He batted seemingly on a higher plane to anyone else in the game but was then out driving airily at a wide ball from Tom Bailey. Sound familiar? Sadly it is why one of the most naturally talented batsmen in the country has never truly fulfilled his potential. 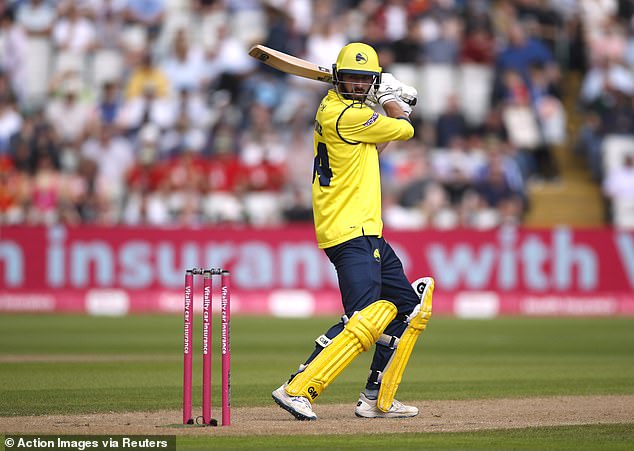 What a pleasure it is to make a first ever visit to Aigburth this week for what should be the Championship title decider.

This charming ground, complete with one of the oldest brick pavilions in England, is only staging Lancashire’s game against Hampshire because of a concert by the Courteeners (no I haven’t heard of them either) at Old Trafford.

But, in the late September sun on Tuesday with spectators lining the boundary all around the ground, it looked an absolute picture and a worthy venue for such a decisive game. County cricket at out-grounds should forever remain an important part of the calendar.

Use your mobile when hotel hunting on Booking.com or you could miss the best price