It was all about former Real Madrid teammates Cristiano Ronaldo and Karim Benzema, as the pair both netted a brace in a thrilling conclusion to the group of death.

Ronaldo equalled the all-time international goalscoring record with two penalties while Benzema scored his first goals since his surprise return to the selection.

Sportsmail rates the players and managers from both sides as both sides now set their sights on the last-16. 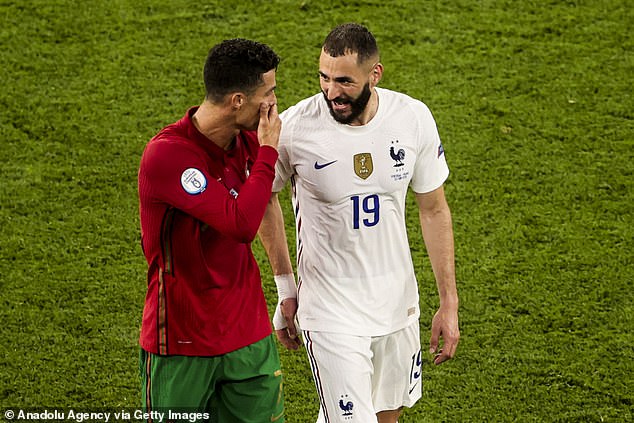 Rui Patricio – Conceded two goals, perhaps should have listened to Pepe’s instructions to dive left given the defender’s knowledge of Karim Benzema. But made an extremely good save from Paul Pogba’s long range effort.  6.5

Nelson Semedo – Gave away a penalty for a foul on Benzema which was very harsh on the Wolves defender. Had to deal with Kylian Mbappe who caused him some difficulty but he handled himself well. 6

Pepe – Typical no-nonsense type of performance from Pepe who did his best to keep the ball away from the Portuguese box. Got caught out slightly for both goals though. 6

Ruben Dias – Like his centre-back partner was asleep as Benzema made a smart run in behind from Paul Pogba’s stunning pass which allowed France to go 2-1 ahead.  Dealt well with anything that came his way otherwise. 6.5

Raphael Guerriero – Bit of a quiet game on the whole but did put some dangerous crosses into the box for Ronaldo. 6 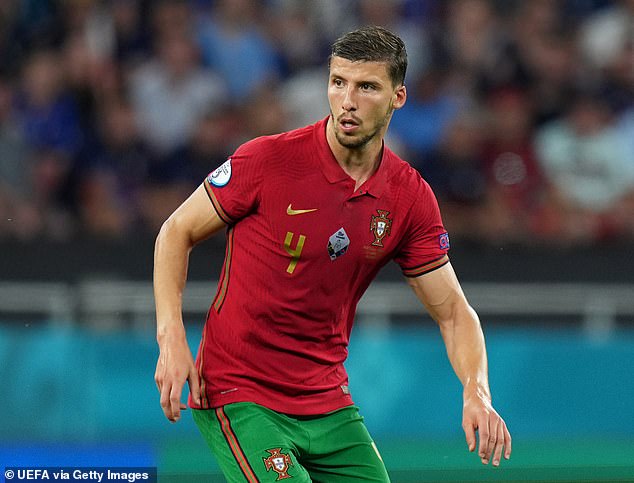 Joao Moutinho – Surprise inclusion perhaps as Portugal made changes to their midfield after their disappointing result against Germany.  But it was a good decision and Moutinho was a wise head in the centre of midfield and it was his free-kick that led to Lloris’ wild punch. 7

Danilo – Took a nasty blow to the head by Hugo Lloris which led to the first penalty. Was very solid and managed to keep Antoine Griezmann quiet before he was taken off for the start of the second-half. 7

Renato Sanches – Came into the side ahead of Bruno Fernandes and what a game he had. Was a beast in the centre of the park and Portugal’s best player on the night. 8

Bernardo Silva – Caused Lucas Hernandez some problems but on the whole a bit of a quiet night and he struggled to get into the game at parts. 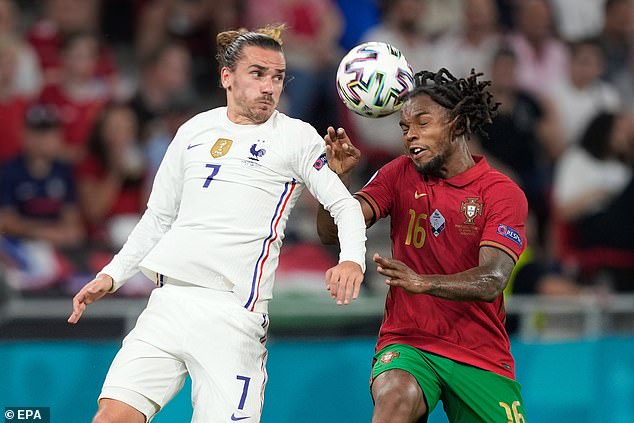 Diego Jota – Like Bernardo Silva had a quiet night for Portugal as he struggled to get onto the ball in the first half though he made a few dangerous runs. 6

Cristiano Ronaldo – Another record breaking night for the Portuguese superstar as he equalled the all-time international goalscoring record with two penalties. Wasn’t his best game but will be one of his more memorable on the international stage. 7.5

Manager: Fernando Santos – Made some big decisions dropping William Carvalho and Bruno Fernandes for this game but it paid dividends as Renato Sanches starred and Portugal looked more solid than they did in the 4-2 defeat to Germany. 7.5 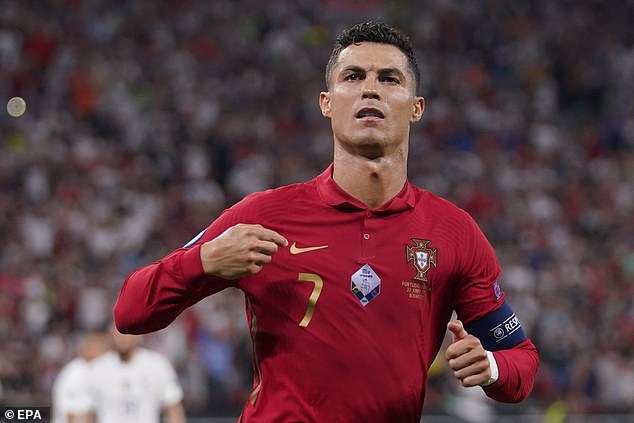 Hugo Lloris –  Let himself down with his UFC style punch to flatten Danilo. Went the wrong way on both penalties and didn’t have much else to do to redeem himself. 5

Jules Kounde – Assured performance in defence and had some good moments overlapping on the right wing. Unlucky to give away a penalty for handball as he was very close. 6

Raphael Varane – Another composed performance from the Real Madrid man who looked rarely troubled at the back. 6.5

Presnel Kimpembe – Also looked confident at centre-back before also having a spell at full-back where he didn’t put a foot wrong. 6.5

Lucas Hernandez – Brought back into the squad but didn’t come out for the second-half after receiving a yellow. Struggled with Bernardo Silva. 6 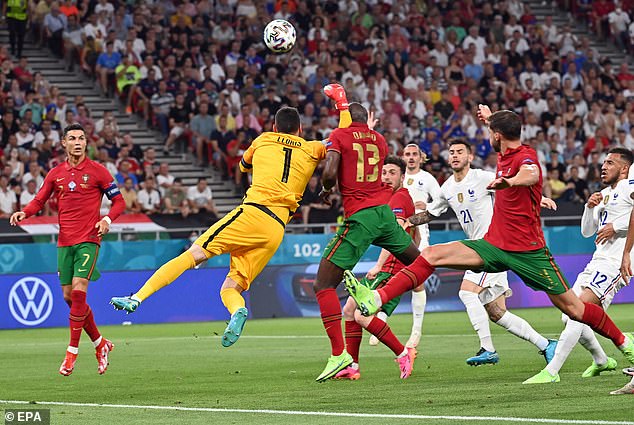 Corentin Tolisso – Replaced Adrian Rabiot and was lively throughout. Tracked back well and also offered support going forward. Would deserve a start in the next round off the back of this. 7.5

N’Golo Kante – One of the Chelsea midfielder’s quieter games and had the tough job of trying to chase Renato Sanches around the pitch. 6.5

Paul Pogba – Man of the match and he must be up there as one of the players of the tournament so far? Brilliant pass for Kylian Mbappe which deserved a goal followed by another brilliant pass which was tucked away by Karim Benzema. Also had a good effort on goal. 8.5

Karim Benzema – His best international performance since his comeback. Caused the Portuguese defenders all sorts of problems, executed his penalty well, and timed his run for his second to perfection. Exactly what Didier Deschamps would have wanted when he recalled him – 8 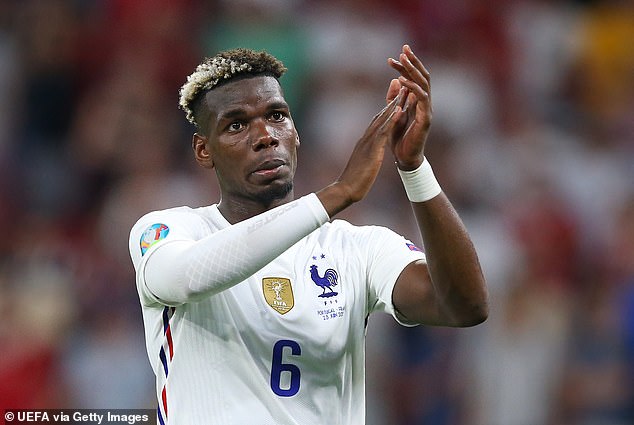 Antoine Griezmann – Typically lively performance for the Barcelona frontman, even getting back to defend well on several occasions. 7

Kylian Mbappe – Hasn’t scored yet at the Euros which will disappoint him but he causes all sorts of problems and you can’t take your eyes off him. Gave Nelson Semedo some headaches and worked well with Benzema to create space.  7

Manager: Didier Deschamps – Corentin Tolisso was a good inclusion for the game though Hernandez didn’t make much of an impact because of his yellow card. Will be happy his side finished top but still some improvement needed going into the latter stages for the pre-tournament favourites. 6.5

Referee: Antonio Mateu Lahoz – Don’t think a referee will have as many big decisions to make than Lahoz in this game. Made the right decision for Portugal’s first penalty, wrong for France’s penalty, and Portugal’s second penalty was harsh but the handball law is perhaps to blame 6 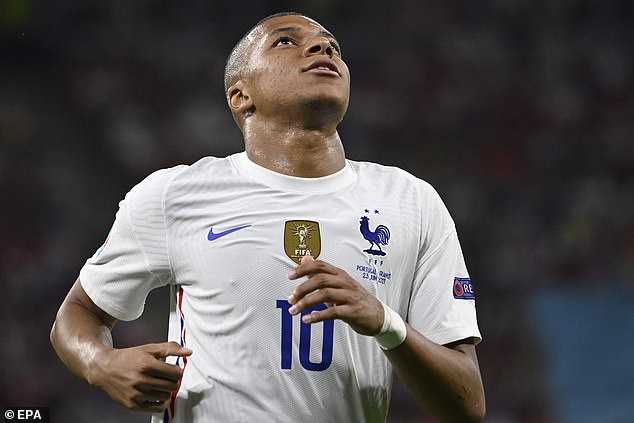