Roy Keane has branded Joao Felix as an ‘imposter’ after the youngster missed a late opportunity as Portugal were kicked out of the European Championships.

Thorgan Hazard’s 42nd minute goal was enough to send Belgium through to the quarter finals, despite Portugal creating several good chances throughout the game.

One of those chances fell to substitute Felix who scuffed his shot wide in stoppage time after Cristiano Ronaldo neatly laid the ball off for him. 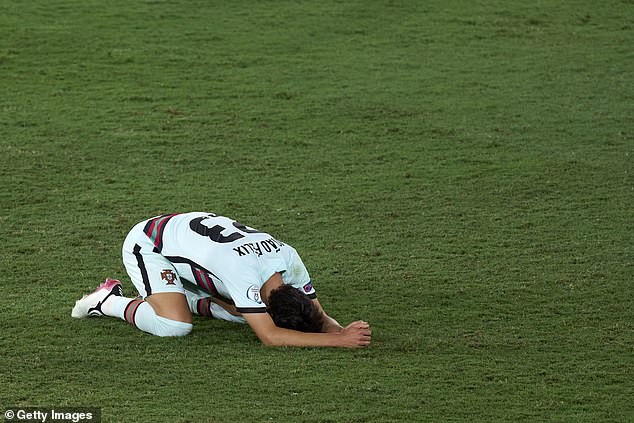 After the game, Keane ripped into the 21-year-old and said he would be ‘going for him’ in the dressing room.

Talking about Portugal’s misses, he said on ITV: ‘I get really annoyed when they’re quality players.

There’s no excuse to be leaning back and just missing the target, just test the goalkeeper because these are top players there’s no getting around it.

‘Felix when he came on, that guy is an imposter. He comes on and the country needs you, just hit the target, he’s what, £100 million?

‘If I was Ronaldo you’d certainly be going for him in the dressing room.’

Felix signed for his current club Atletico Madrid from Benfica for £113m, becoming the fourth most expensive transfer and the most for a teenager. 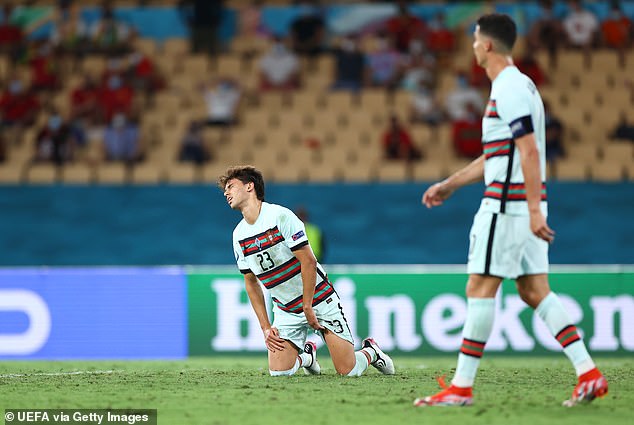 The 21-year-old had not made an appearance so far for Portugal this tournament, before he came on as a 56th minute substitution for Wolves midfielder Joao Moutinho.

Portugal had the better of the chances throughout the game, but the likes of Felix, Ronaldo and Diego Jota missed their chances.

Keane’s co-pundit Ian Wright felt that Portugal would have stood a better chance if the likes of Felix and Bruno Fernandes had started the game.

He said:  ‘When Felix, Fernandes and Andre Silva came on they had a bit more impetus in terms of progressing the ball and they may have put them under a bit more pressure. 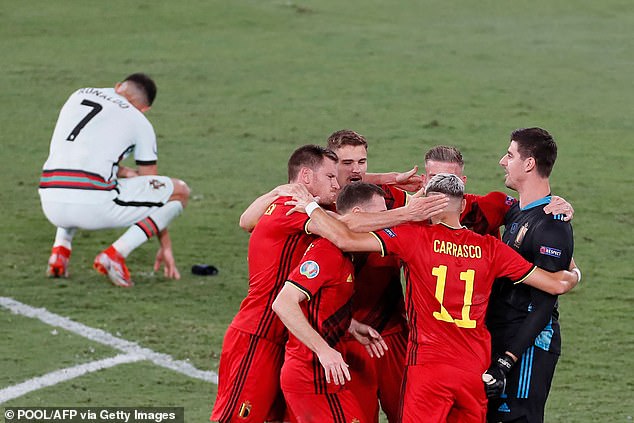 ‘If they started with them and kept the same intensity in closing down, they might have missed a trick there as Belgium weren’t quite on it.’

Wright reiterated Keane’s belief though that the likes of Felix and Jota should have been hitting the target with their efforts.

He said: ‘For me those two chances, especially with Jota, at this level you can’t be leaning back, you’ve got to hit the target.’

Belgium’s victory mean they will now go on to face Italy in the quarter-finals in Munich on Friday.