By Ian Herbert For The Daily Mail


There was no sugar-coating the defeat for Scott McCowan.

‘Devastated. Absolutely gutting,’ he said after losing his boccia bronze medal match on Wednesday. ‘To have two chances at a medal and then not to get one…’

His commitment to winning was testament to the way the 30-year-old does not let the big picture get him down. 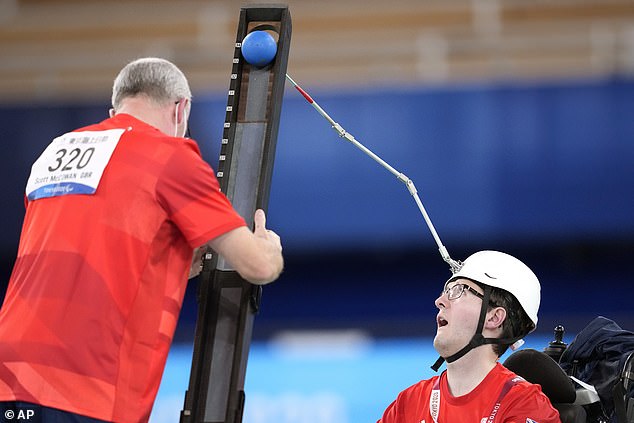 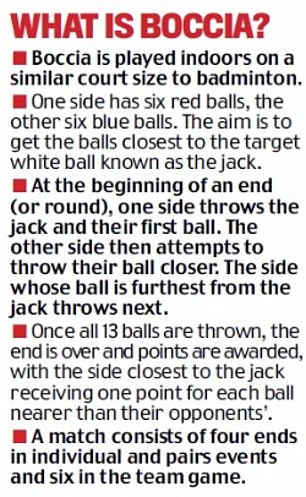 McCowan and his brother Jamie, whom he beat in the first round, were born with Duchenne muscular dystrophy, a muscle-wasting condition that will limit their life span. It means they can’t entirely plan for next month, let alone the next Paralympics.

A 10-minute conversation with McCowan — who enthusiastically dissected where he fell short against Australian Dan Michel and praised his opponent for having the ‘bravery’ to play the ‘long game’ tactically — said so much about his courage in the face of unimaginable adversity. He wanted to talk about starting again in the pairs competition with Jamie on Friday.

The two do not communicate much when they’re on court together. ‘We don’t even have to say anything,’ McCowan said. ‘We know what the other is thinking.’

That is true after a lockdown in which they discovered the living room floor of the family home in Ayrshire was long enough to double as a boccia court and they embarked on a championship. This made life rather intense in an already competitive house. 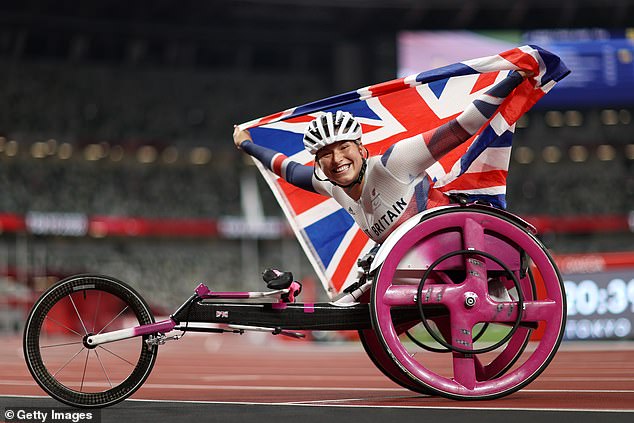 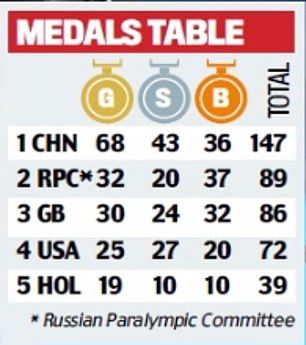 ‘Anybody who has siblings knows you don’t want to lose to them,’ McCowan related. ‘So it really put the pressure on. There was one point in early lockdown where I lost 12 straight. I’ve never lost 12 straight to anyone. By the end of the run I couldn’t put one ball in front of the other. I was so scared of getting beat again.’

This was a world their parents did not consider possible when they received the devastating diagnosis that the boys had the same condition. Scott was six and Jamie two. Back then, they didn’t know about boccia — which involves some of these Games’ most disabled competitors.

Others had their own stories of perseverance. David Smith, whose boccia gold makes him Britain’s most successful player, had plans to be an aerospace engineer — inspired by his grandfather, Charlie.

‘He never got to see all the things I became,’ Smith said.

Wheelchair racer Sammi Kinghorn told of her dreams of being a zoologist after winning a bronze medal in her 100m final — having been raised on a farm in the Scottish borders. She was paralysed by an accident there.

‘I felt like all my dreams were shattered,’ she said. ‘I never thought there would be this.’

The McCowan brothers’ father, Gary, simply spoke of his gratitude for sport. ‘It keeps them healthy,’ he said. ‘You wonder what you are going to do when the boys get diagnosed. You find this sport and the next thing you know, you are here. You wouldn’t believe how proud I am.’

Fortnite downtime today: How long are Fortnite servers down for update 18.30?