The Springboks returned to training today in preparation for the Test series against the Lions, but captain Siya Kolisi is among a group of players remaining in isolation after positive COVID results.

South Africa had to cancel their second warm-up match against Georgia last Friday due to the virus outbreak in their ranks, which forced the entire squad and all staff into a strict lockdown for the last six days.

But the Boks are back in training under the guidance of their World Cup-winning director of rugby, Rassie Erasmus, as head coach Jacques Nienaber is still isolating. 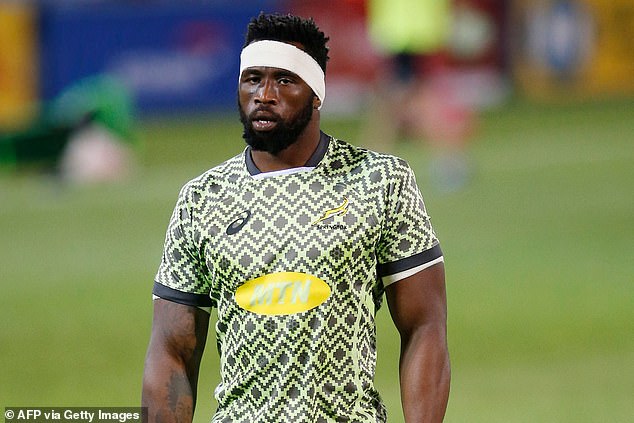 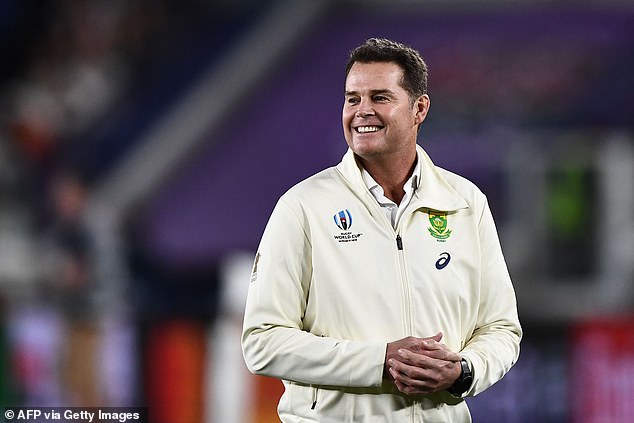 He was among those who tested positive at the start of last week and since then, six more rounds of COVID tests have revealed that skipper Kolisi has the virus, along with team-mates Dan du Preez, Ox Nche, Bongi Mbonambi, Scarra Ntubeni, Makazole Mapimpi.

In addition, three more members of the management team have tested positive. However, with everyone confined to hotel rooms, SA Rugby have insisted that ‘the possibility of transmission through close contact has been mitigated’.

Nienaber yesterday confirmed that he has called up Sharks hooker Fez Mbatha and Bulls prop Lizo Gqoboka as cover and that front-row pair have joined up with the other 34 players cleared to train again.

Despite all the turmoil, the Boks are pleased to be back on active duty – even with reduced numbers – and resuming their build-up to facing the Lions. 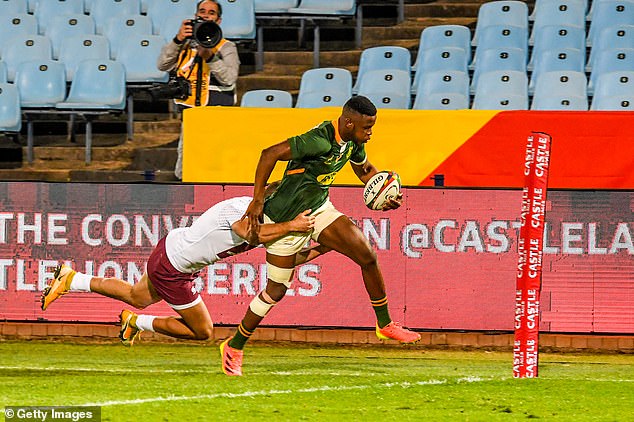 ‘We are delighted to be able to return to the field,’ said Nienaber – who is having to stay in touch with events via Zoom and WhatsApp. ‘It has been a challenging week with the Test against Georgia cancelled and the entire squad self-isolating for a few days as a preventative measure, so the players cannot wait to get back on the park.

‘The Test against Georgia was important for us with an eye on preparing to face the British & Irish Lions, but these are extraordinary times and we have to adapt as a team, and I have to commend the players and management for that.’

As yet, Nienaber has had just the one match in charge since taking over from Erasmus after the last World Cup, but he is happy for his predecessor to be holding the fort, adding: ‘We are a tight-knit coaching team and it is great to have Rassie steering the ship while I am away.

‘He has been part of the system for several years now and he guided most of these players to the Rugby World Cup title in 2019, so the team is in great hands.’

Subject to the outcome of further COVID testing over the next few days, a South Africa ‘A’ team drawn from the expanded Springbok squad will take on the Lions in Cape Town on Wednesday. The Tests will be played on July 24, July 31 and August 7 – and all are now also expected to be held in Cape Town.