By David Wood for MailOnline

Obafemi has just one year left on his current contract and has slipped out of the first-team picture at St Mary’s.

Southampton considered offering Obafemi as part of the deal to land Blackburn striker Adam Armstrong, who is also in the final year of his contract. 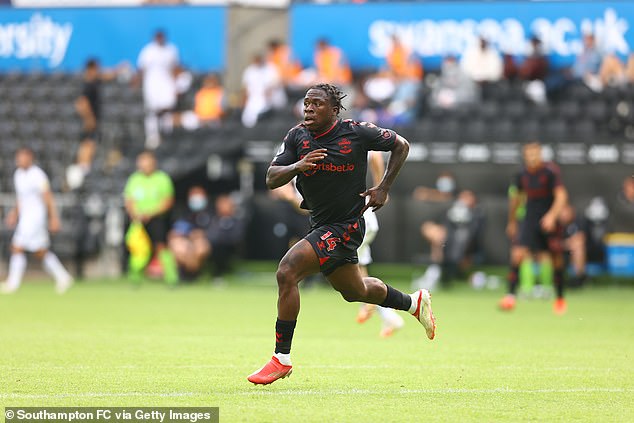 But the clubs could not agree a valuation.

The forward joined Southampton’s academy in 2016 after he was spotted playing for Leyton Orient.

Obafemi has made 32 appearances for the South Coast club in the Premier League and scored four goals.

He hasn’t featured for Republic of Ireland since Stephen Kenny took charge having made five appearances.