Anthony Joshua has insisted he’s ‘solid as a rock’ after revealing he’s slimmed down again to negotiate the considerable challenge of Oleksandr Usyk.

Britain’s world heavyweight champion has altered his weight and fighting style since suffering his first defeat as a professional against Andy Ruiz Jr back in 2019.

Joshua said goodbye to the hulking muscles and dropped almost a stone for their rematch. The decision proved to be a winning formula as AJ flowed around the ring at ease and boxed the ears of the rotund and confused Ruiz Jr. 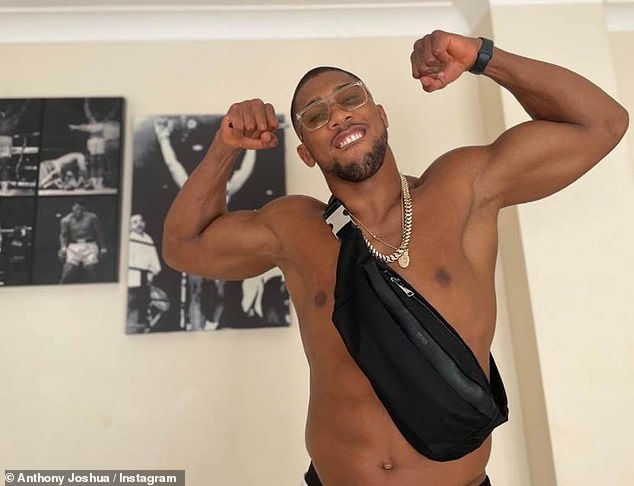 AJ will again look to stick to a box-and-move game plan when he defends his WBA, WBO and IBF world titles against slick southpaw Usyk, having prepared to come in in lean shape.

Questions have been raised about Joshua’s new slimmed down physique but the 31-year-old has grown tired of them and insisted he’s ‘strong’ and is a superior fighter at a lower weight.

Asked about his shape, Joshua sarcastically replied: ‘I’m going to come in light. Run around the ring, try not to get hit.

‘I’ll be on my bike all night. I don’t want to get out of 140 heartbeats per minute, so I’m really skinny.’ 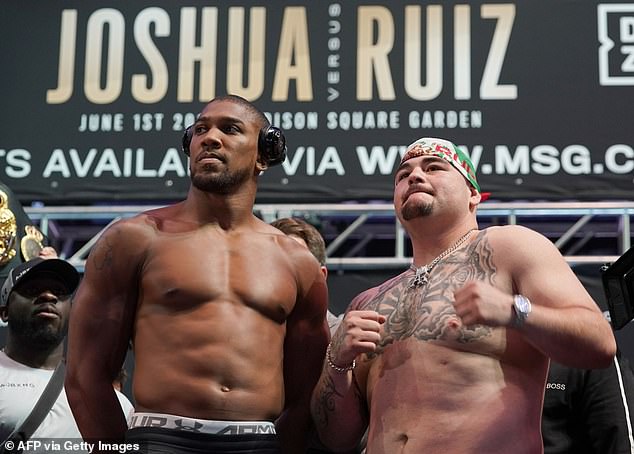 He continued: ‘Listen, I’m as solid as a rock. I’m strong, I’m good at the weight. I don’t really focus on my weight. It’s just training. I just put in the work.

‘These are different opponents and I’ve learnt about training for specific opponents. These guys go longer rounds.

‘When you’re knocking out guys in three or four rounds, it’s different. I studied boxing and what works for me and weight is not a priority.’

Despite Joshua’s plans to try and outbox and outmaneuver Usyk, the unified champion is expecting them to slug it out at some point and hopes to produce fireworks like he did the last time he faced a Ukrainian in Wladimir Klitschko. 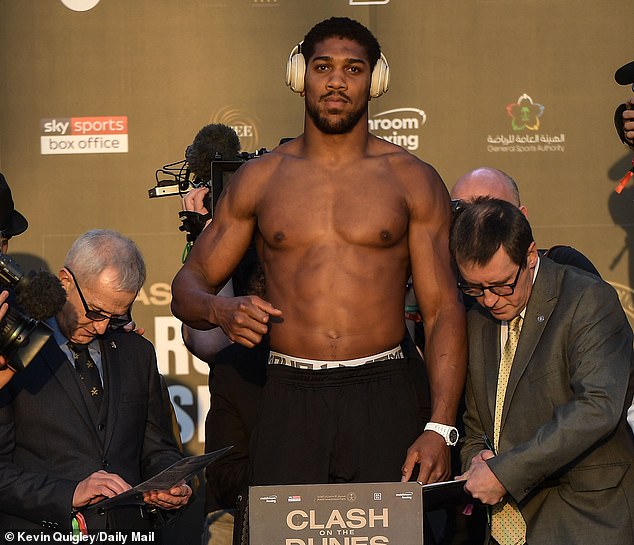 He added: ‘For me it was just a good time, a good fight. Will we top that? Maybe. Let’s see if Usyk wants to go down that route.

‘As you saw with the Ruiz fight, even though it was a tough night I just kept getting up.

‘I’ll always get up on my feet and try to fight. I’ll always give you entertaining nights.’ 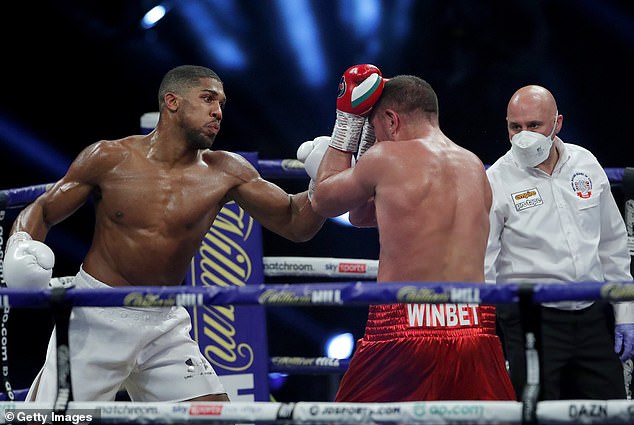 Joshua stayed at a lighter weight for his last fight, a ninth-round knockout of Kubrat Pulev