Great Britain’s men produced an impressive display to draw 2-2 with world No 2 and gold medal contenders Belgium and secure third place in pool B.

But Danny Kerry’s side were left to rue a controversial umpire error while leading 1-0 just before the break on Friday.

Spanish umpire Francisco Vazquez waved away protests as he believed that Jack Waller’s shot had been cleared off the line. 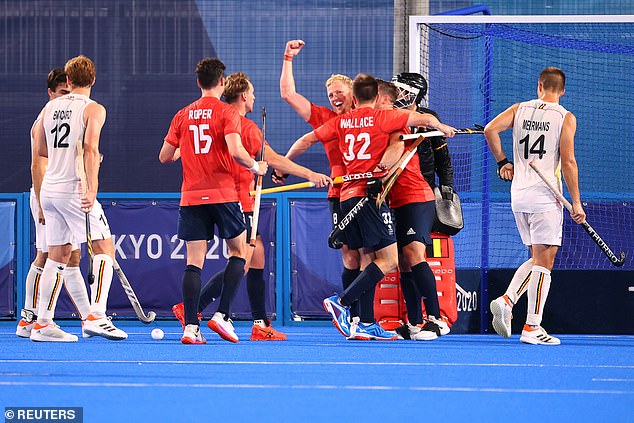 GB were unable to appeal the decision as they did not have referral.

Vazquez failed to check with the third umpire and replays went on to show the ball had clearly crossed the line.

Rupert Shipperley put GB ahead with his first Olympic goal in the second quarter but Tom Boon equalised early in the third. 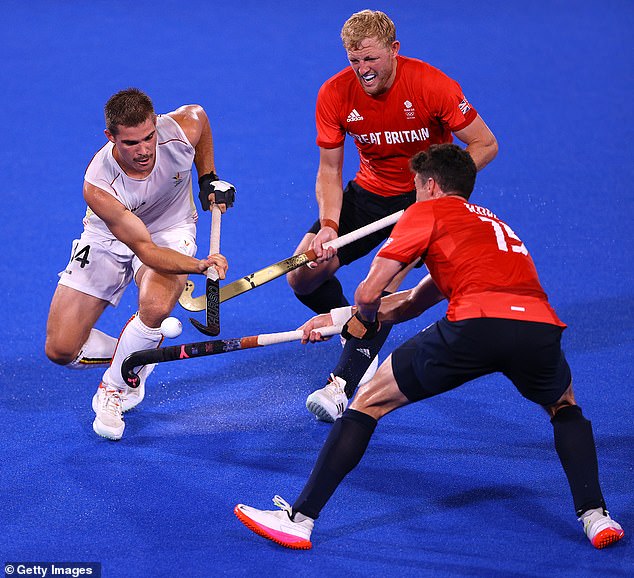 Liam Ansell restored Britain’s lead within a minute only for Thomas Briels to equalise just before the end of the third quarter.

With Belgium in possession for the final few minutes, happy in the knowledge Netherlands held fourth spot in Pool B and would therefore face red-hot Australia in the last eight, GB stood their ground and saw out a crucial draw

It is expected GB will now face India in the quarter-finals on Sunday.