Tokyo 2020 chiefs insist crowds will NOT be able to chant, share high fives or even TALK en route to Olympic venues as extraordinary list of new Covid guidelines is revealed… with Games allowing up to 10,000 supporters into events this summer

Supporters will not be able to chant at Olympic venues during this summer’s Tokyo Games after an astonishing list of guidelines for fans was revealed.

A decision to allow a maximum of 10,000 spectators at events during next month’s Olympics was taken earlier this week, when it was also announced to all fans that ‘masks should be worn in venues at all times’ and ‘speaking in a loud voice or shouting will be prohibited’.

However, further guidance has now been published by the local organising committee, with ticket holders unable to high-five other spectators and told not to talk on their way to venues – including on public transport – where events are taking place. 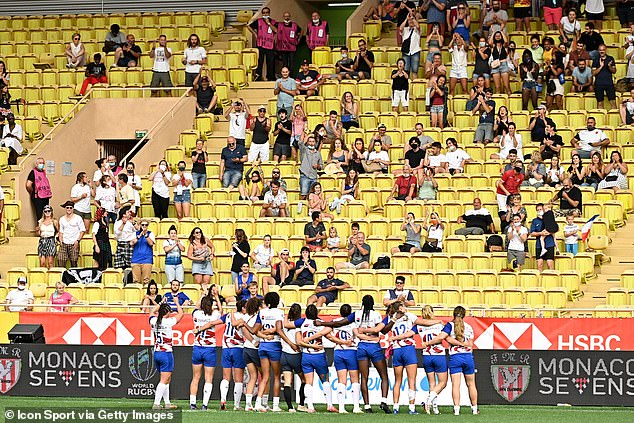 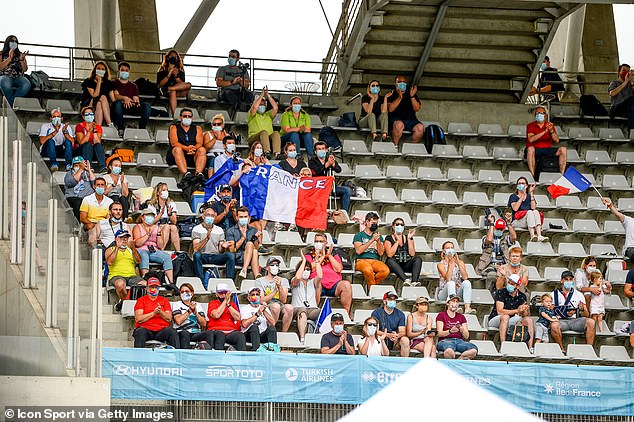 Other remarkable guidelines leading to a subdued atmosphere include not being allowed to make loud noise, no waving towels brought to clean their hands to cheer athletes on, as well as no requests for autographs from stars at events.

Alcohol will also not be allowed to be brought in and will not be available for purchase on premises, the guidance added.

And while spectators will have to wear face coverings, they are advised to consider the potential of suffering heat stroke, with the guidelines acknowledging wearing a mask could increase the risk.

However, spectators will not have to provide proof of having had a vaccine or a negative Covid-19 test to enter venues and there will be a lottery of existing ticket-holders to decide who attends.

Documents from organisers stated there were 3.63million tickets currently owned, but added the number would have to be cut to to 2.72m. 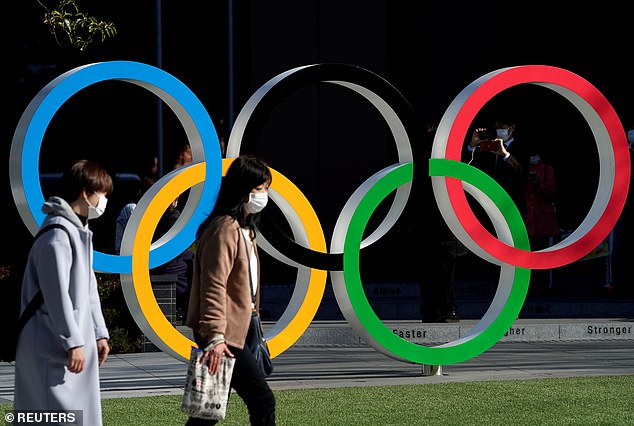 Overseas fans have already been banned from attending but a decision was taken on Monday to welcome a limited number of domestic supporters.

The cap has been set at 50 per cent of a venue’s capacity, up to a maximum of 10,000 people, despite Japan’s top coronavirus advisor telling organisers the best way to limit the risk of spread was to hold the events behind closed doors.

Tokyo 2020 president Seiko Hashimoto said: ‘There are so many cases, domestically and internationally, of sports events with spectators.

‘By exercising thorough measures and based on the government criteria, we believe we can hold the Games with spectators. 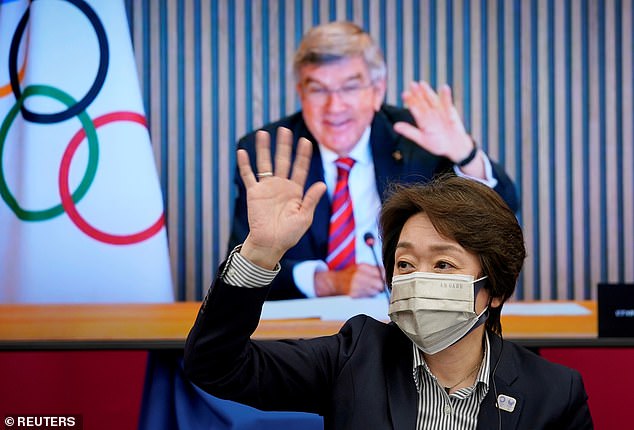 ‘The entire world is facing the same issues and we have to work together to overcome them.’

The state of emergency which has been in place in Tokyo since April was only lifted on Sunday and the city remains under ‘quasi-emergency’ measures until at least July 11, with the Games starting 12 days later.

Athletes have also been handed regulations they must abide by this summer, which includes wearing masks at ‘all times’ except when eating, sleeping or outdoors.

Olympic chiefs have gone on to announce that failure to adhere to those rules – which includes daily testing and bans on going to a local restaurant too – could lead athletes to being deported from the country as well as facing time in jail. 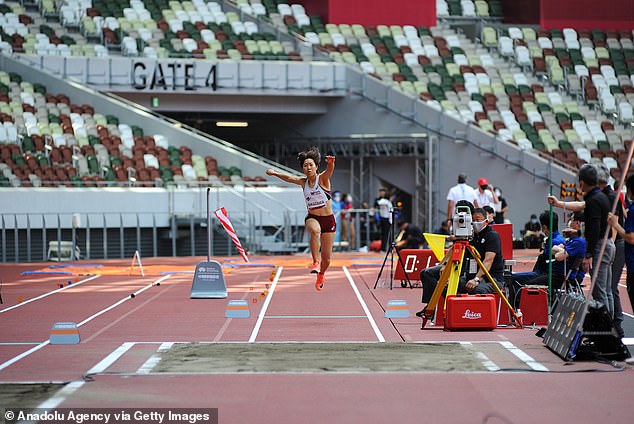 One of Uganda’s Tokyo 2020 Olympic squad tested positive for the new coronavirus on arrival in Japan on Saturday, the first time an infection has been confirmed in an overseas team, NHK reported.

Athletes still face the prospect of competing in front of no fans in Tokyo as Japan’s Prime Minister refused to rule out the delayed Games going ahead behind closed doors if the capital is under a state of emergency due to coronavirus.

Japan is nevertheless moving ahead with staging the multi-billion-dollar Games, which were delayed by a year due to pandemic, despite public opposition and the warnings from health officials.