By Ian Herbert In Tokyo For Mailonline

Their Pacific Island nation has had a brutal reckoning with Covid and a devastating cyclone in the past year and the team in some ways have held things together, even agreeing after some initial uncertainty to wear jerseys encouraging their rugby-obsessed nation to vaccinate.

They don’t generally do public talking, though when captain Jerry Tuwai leaned across a crash barrier to speak yesterday, you could see why they have become to Sevens what the All Blacks have been to XVs rugby for so long. 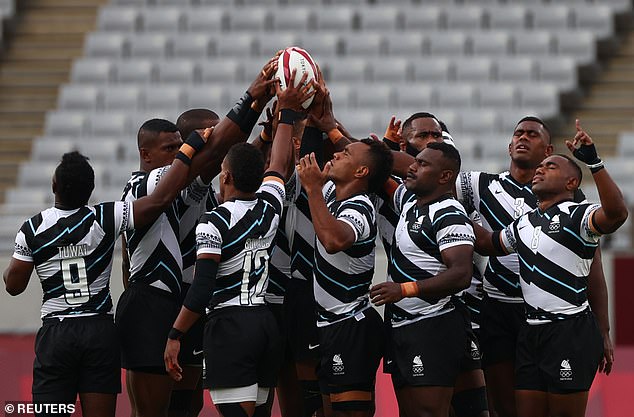 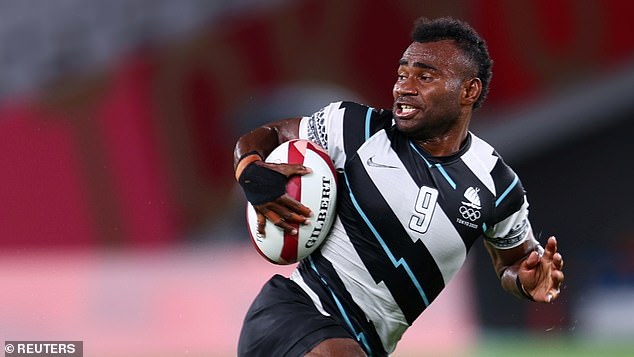 ‘Before, we were not Olympic champions but now we are and all the teams are gunning for us and expectations from our home island is really high,’ Tuwai said.

Was this team as strong as the one which took gold in Rio, he was asked. ‘If we lose here we are not a better side,’ he said. ‘That’s why we are here – to defend our gold medal.’

Five years on from the Rio Olympic final against Great Britain, in which Fiji waltzed to a 43-7 win, the two nations had just met again in a group stage match which could conceivably be a dress rehearsal for Wednesday’s final.

However, Great Britain have the small matter of the All Blacks to negotiate in a semi-final first.

The 33-7 score-line in Fiji’s favour on Tuesday was marginally less emphatic than Rio but brutal nonetheless before a defensive brick wall. 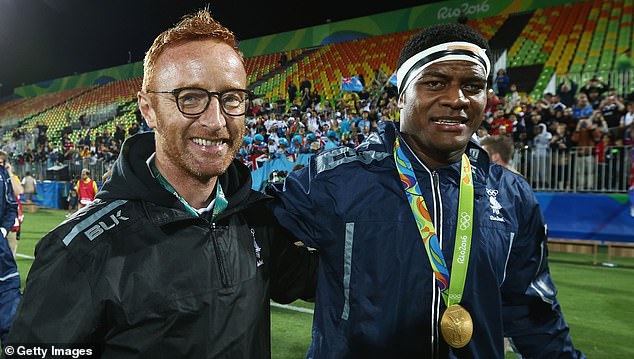 GB’s Dan Bibby looked the most capable of navigating a path through it, though Semi Radradra, the Bristol Bears centre who flips between the codes, and Asaeli Tuivuaka, who scored two tries, were a devastating presence for Fiji.

Great Britain’s Dan Norton was reluctant to offer a critical comparison of the Fiji sides of 2016 and 2021, save to say that the entire sport has moved on from the levels at the Rio Olympics.

‘Everyone is technically and tactically better than they were then,’ he said. ‘Every team is better drilled but I think as much as it is worrying about what they’re doing, it’s also about us being better in our defence.’

There is more homogeneity to Fiji than there used to be. For years the island nation’s players would leave the island to make their fortune elsewhere.

Governing body World Rugby has played a part in helping the nation to develop high performance facilities which have allowed stars to stay on the island. Far more of this team are. 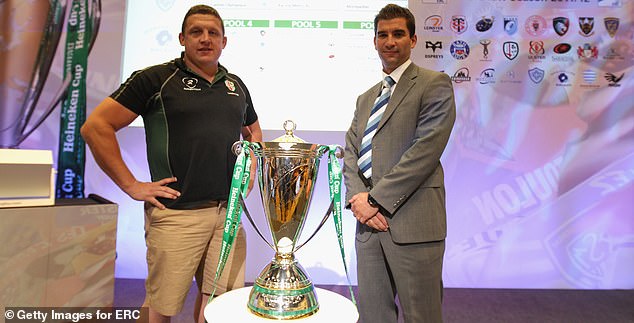 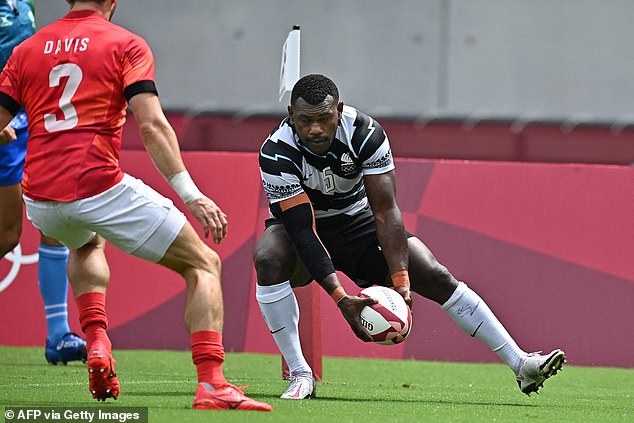 There is more focus on nutrition and recovery now and a more pragmatic philosophy. The team seem less inclined to give away poor penalties in high pressure situations.

British hopes of glory are by no means extinguished, after a thrilling quarter final on Tuesday in which they came from 21-0 down to beat USA 26-21.

The pace and brevity of the sport makes it unpredictable. Fiji could have lost in their own group game with Japan had the host nation opted for a tap-and-go from a penalty in the last minute, rather than what proved to be an inaccurate line-out.

If Great Britain can defeat the All Blacks, who needed to come from behind to beat Australia in their last group game, they will need to start with more intensity against Fiji than they did yesterday.

‘We didn’t really hit the ground in the first seven minutes,’ Norton said of that game. ‘In knock-out rugby if you don’t get it right, that’s what’s going to happen.’