Alistair Brownlee is thinking about legacy. Not in a weighty, intense sort of way, because that isn’t really his thing, but more in the context of what a few mates say.

It’s to do with that day in Mexico. The one five years ago when his little brother lost himself with heatstroke in the final 700m of a triathlon and Alistair appeared from nowhere and carried him over the line.

The one that has three million views across various clips on YouTube. As Alistair tells it, their friends have a punchline that goes something like this: ‘You two are basically famous for wobbling over a finish line together.’ 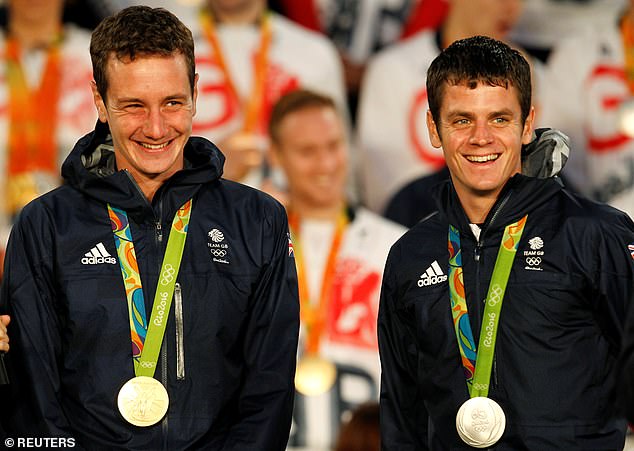 Except it’s not always the mates. Sometimes Alistair goes there, too. ‘I quite like to take the p*** out of him a bit about that,’ he says. ‘Not loads but there’ll be a scenario, and I’ll mention that maybe he’ll need me to help him out. He takes it well.’

With that, there’s a little smirk. That same shy grin we saw so often from the top of so many podiums from one of British sport’s greatest champions.

But now he’s done. Or done in the Olympic sense anyway, because time has won again. At 33, with a tired body, Brownlee hasn’t made it to Tokyo and he won’t try for Paris, so his magnificent tally has stopped at two gold medals.

It stung when he knew his game was up. He had badly wanted to get there — he busted a hip, calf and ankle to pull it off, and he was a wreck when he turned up to attempt one last qualifier in Leeds a few weeks back. But he went, he had a go, he didn’t make it, and that part of his life was over.

The weirdest thing? He’s starting to feel quite OK about it. And quickly too. ‘I can look at myself and know I gave everything, which helps,’ he says.

But there’s more, because finally after almost a decade as an Olympic champion, he has started to let a few thoughts in. 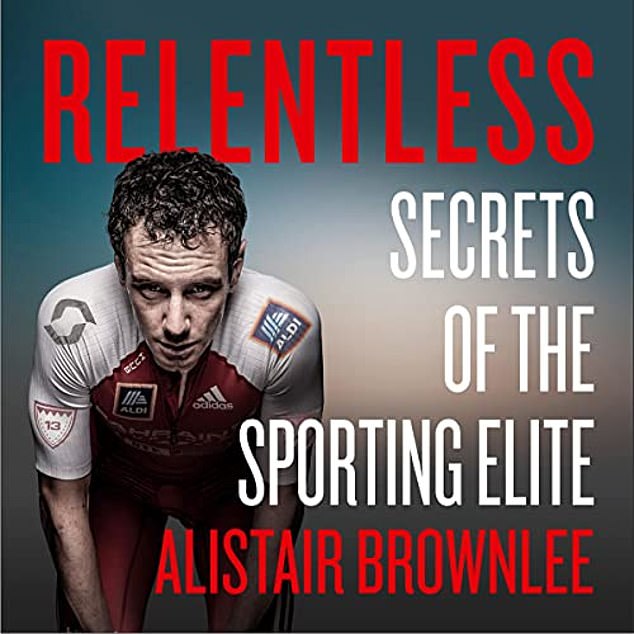 Alistair’s book, Relentless, explores the secret to sporting success with a host of top athletes

‘Pride is not a great emotion to have when you’re trying to achieve something else,’ he says. ‘You’re always looking forwards, but then when you close a chapter, like I just have, it has suddenly given me a bit of time to look back.

‘I’ve been thinking a bit about 2005, you know when London was awarded the 2012 Olympics? I never would have imagined then, as a teenager, that I would be competing, let alone winning one gold and then two.’

And now it’s over to someone else, because for the first time since 2008, there will be a new winner on triathlon’s top step on July 26. Which is where the younger lad comes into this conversation, because Jonny Brownlee is still going. Not for long, because he’s 31 and he’s sure this will be his last Games. But his sequence shows a bronze at London 2012, a silver at Rio 2016 and a dream for the grandest finale of all.

‘I think it is obvious what I want,’ Jonny says, and we all know it. 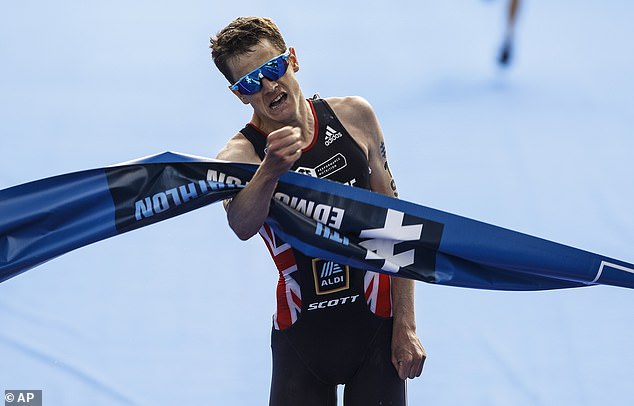 Jonny Brownlee is also thinking about legacy. Not in a weighty, intense sort of way either, because that’s no more a thing for him than it is for Alistair.

He is happy with his lot and what he has achieved. The other stuff, like how some might present him as a boy trapped in a big shadow? He’s not remotely offended because, as he puts it: ‘I have never been jealous of my brother — I am just proud to be Alistair’s brother.’

And also because Olympic bronze and silver medals are quite a prize. That collection puts Jonny one away from being the most decorated triathlete in Olympic history, though the more fascinating sub-plot of these Games concerns whether he can finally go that one step higher.

It is only when you speak to him that you can appreciate what gold would mean, or alternatively what it might feel like to come up just short, as the odds suggest he will.

‘I don’t think I could be 100 per cent content with my Olympic career if I didn’t get a gold medal,’ he says. ‘I’d be happy, but I would have a feeling I didn’t quite achieve everything that I wanted to.’ 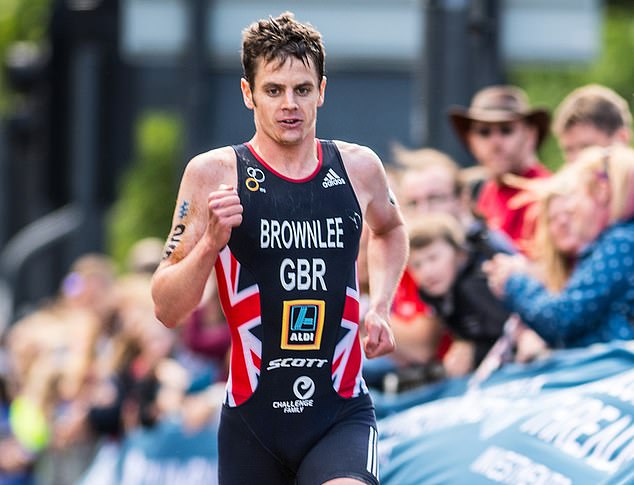 Alistair says Jonny has a shot at gold: ‘Going in as an underdog is a good position for him’

‘In 2016, if it had been a year earlier, I had a stress fracture and Alistair had his ankle problem.

That is the biggie for Jonny. It’s because he doesn’t have the legs these days for a sustained campaign or season.

There was a time when he was the embodiment of consistency, far more so than his brother even — he once had 45 straight podium finishes at elite level, stretching through London 2012 and his world title the same year. In triathlon circles, that body of work is a source of sheer wonder.

But now, as the ‘older man’ ranked seventh in the world, he plays a different game.

He can’t deliver across a season, but on one given day, if everything lines up, he believes he still has enough to drop them all. 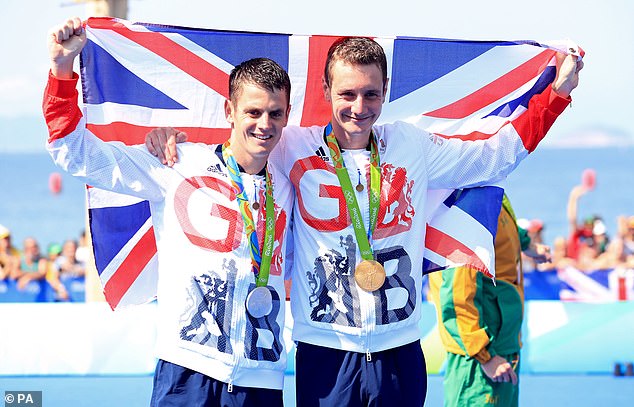 Across the past year, taking in all those two-hour sessions on a stationary bike in a conservatory he has insulated and heated, his entire life has been configured towards peaking under the Tokyo sun on July 26.

‘I remember when I was young and going to the British team the first few times and the older guys saying, ‘You wait until you get over 30 and this and that’, and I was like ‘whatever’, but it is true,’ he says.

‘That’s the stage I am at. Going into London and Rio it was different. Alistair and I were guys who people were chasing, whereas this time I feel like I am the one trying to bridge a gap to become a medal contender and looking for that peak performance.

‘When I look back at London 2012, that was my 33rd race on the podium in a row and I ended up having 45. I probably should appreciate it a bit more but it is harder now.

‘You can’t turn up to a race now, do well, go home, go again. Now it is more about a plan and the plan is the Olympics.’ 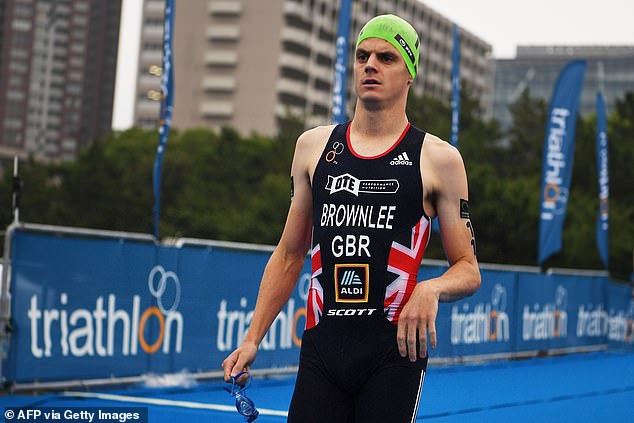 The absence of his brother will hurt his chances from a tactical point of view, given their shared work over the years in the swimming and cycling to burn the numbers down for the run.

But there was no surprise in little brother when big brother came up short.

‘All the injuries he went through, he could barely run for six months beforehand,’ Jonny says.

‘Only Alistair would have ever put himself on the start line in Leeds — no one else would have ever, ever imagined doing that. But that’s Alistair. It will be harder without him but it was always going to be hard anyway. I know what I need to do.’

Alistair Brownlee is laughing. These brothers have lived their lives in one another’s pockets, always close and always competing.

‘He once went for my head with a club when we played crazy golf,’ says Alistair. ‘We weren’t even that young — 13 or 14. Family games of Monopoly were a no-no, table tennis in the garden would be a war. These days it’s just sport where we compete but every swim in the morning still becomes a race.’

The heights to which they have driven each other on the Yorkshire Moors make their story among the finest in British sport. For Jonny it will soon be about the next step, not that plans have advanced beyond hopes to join his brother on the ironman scene.

‘I probably should think about it at some point,’ he says. 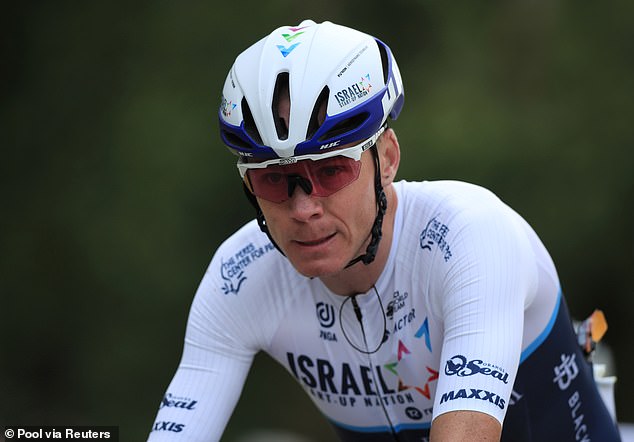 For Alistair, it is more advanced. He has a fascinating book out, Relentless, that explores the secrets of sporting success, via interviews he has done with the likes of Ronnie O’Sullivan, Ian Botham, Michael Johnson, Chris Froome and AP McCoy, among others.

‘The thing a lot of them get annoyed about is the idea of ‘genius’,’ Alistair says. ‘Ronnie is particularly good on it. It’s a label that minimises the hard work.’ It’s rarely been mistaken in Alistair and Jonny, and it is notable that Alistair has quickly arranged a working reason to be in Tokyo, where he will immediately hit the campaign trail to get elected to the International Olympic Committee’s athletes’ commission.

‘Jonny has got a great chance of a medal,’ he says. ‘Going in as a bit of an underdog is a good position for him. ‘If he races at 95 per cent of his ability, that can be good enough. A third Olympic medal — legendary status, isn’t it?’

To all but a few of their mates, it probably is.