Max Whitlock knows better than anyone how the feats of our Olympians can captivate the country.

When the Team GB gymnast received his second gold medal of that dizzying day in Rio five years ago, a staggering 10.4million people were watching on the box back home – the biggest British television audience of the first full week of those Games.

That buzz has been sadly missing in the build-up to Tokyo 2020 with coronavirus chaos causing widespread panic and fans being banned from attending. 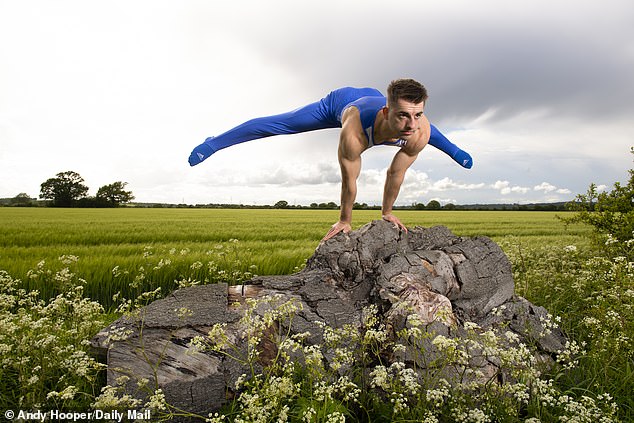 But in Britain at least, Whitlock is confident the efforts of our athletes will grip the nation just like England’s football team did – and extend the summer of fun after months of pandemic misery.

‘The Olympics could make a huge impact on the nation,’ Whitlock declares to Sportsmail after posing for pictures on his pommel horse with patriotic red, white and blue flares.

‘There are very few things that do it, but sport is something that brings people together and creates conversation. It’s amazing to see people really get behind something and that’s what the Olympics does. 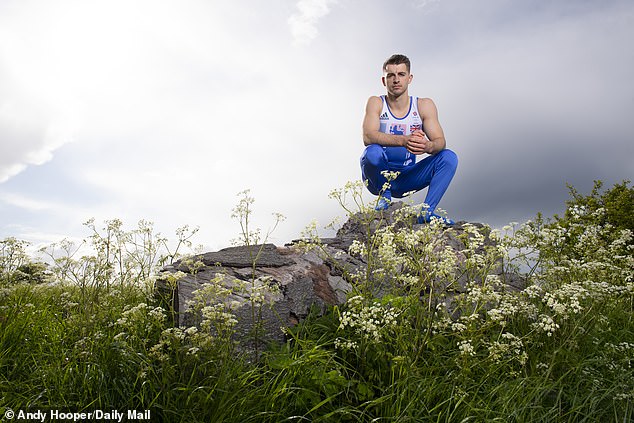 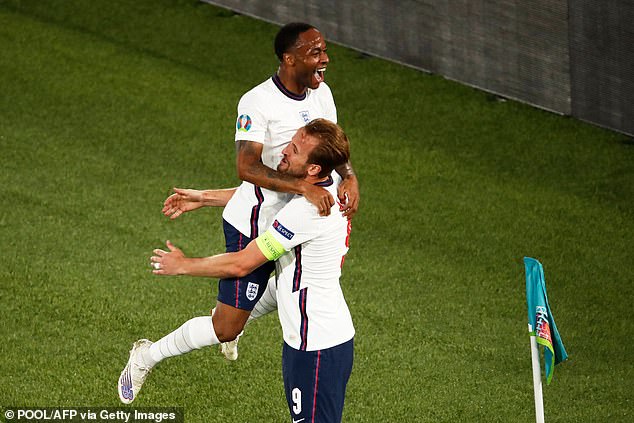 ‘I feel like it has come at a perfect time and hopefully it brings the nation together. Everybody seems to love the Olympic Games and this one will be looked at in history.’

Whitlock knows all about that. By coming out on top in the floor and pommel horse on the same afternoon, he became the first British athlete to win two Olympic golds in a single day since rower Hugh Edwards in 1932. Not that he realised the enormity of his achievements at the time.

‘Everyone laughs at me because when I won my second gold, my celebration was literally like this…’ says Whitlock, mimicking his understated fist bump.

‘As a person, I don’t think too much about what I’ve done and what it means. I have more targets and I think that’s why I didn’t really see the enormity of what it was.

‘I’ve hardly even watched it back, which seems strange. I think the first time I watched it was a year on to the day in 2017. When I do watch it back, it doesn’t feel like me. I feel nervous even though I know the outcome. 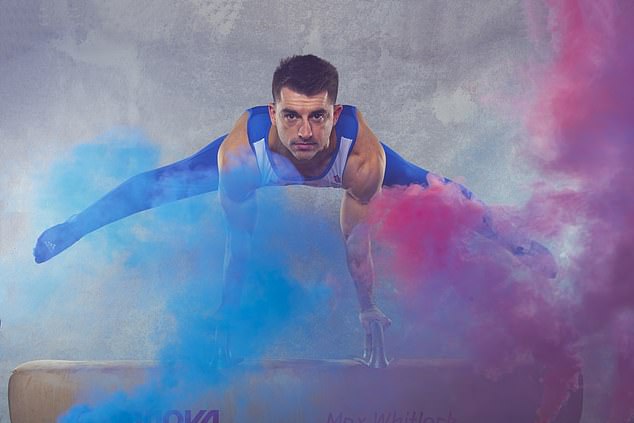 ‘I don’t even look at my medals too much either. Maybe when I retire and it actually hits me that I’ve stopped competing, I might sit down and reflect on my career. But it definitely hasn’t sunk in yet. Hopefully it will one day.’

Maybe it will take another gong from the Queen. After his brilliance in Brazil, Whitlock was presented with an MBE at Buckingham Palace from Her Majesty. But BBC presenter Gabby Logan, a former international gymnast herself, was among the social media users calling for the Basildon-based boy to become Sir Max. So perhaps he could be knighted if he wins number three?

‘It would be pretty cool if I could,’ beams Whitlock. ‘I’m not going to say that wouldn’t be good! Any recognition of that sort is incredible. I never expected an MBE, but actually getting it was an unbelievable feeling.

‘I was handed it by the Queen herself, which was a very surreal experience. So if anything else comes like that because of what I achieved, it would be a huge honour.’ 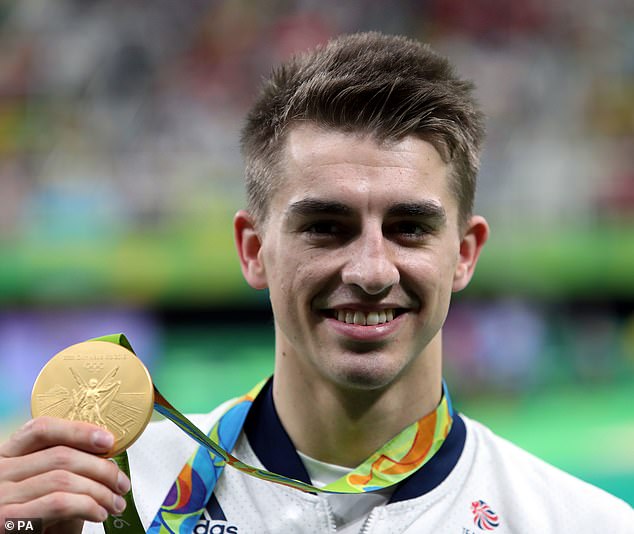 Should Whitlock retain his Olympic pommel horse title in Tokyo – he is not attempting the floor this time – he admits it would surpass his double in Rio given he is now 28. Research has shown the average age of male gymnasts to win Olympic medals is 24.

‘I think it will feel even more rewarding because of everything that’s come with it,’ admits Whitlock, who also won a bronze in the all-around event in Rio and two bronzes at London 2012.

‘Every year that goes by, it gets harder and harder. I’ve had to learn about my body. It can’t train the way it used to so I have to be really clever with what I do.’

Three-time Olympian Whitlock is now the veteran of the British men’s team. He has been selected alongside three Games debutants – 25-year-old James Hall and Giarnni Regini-Moran and Joe Fraser, who are both 22.

‘They do make sure that they remind me of it as well,’ laughs Whitlock. ‘But they can joke all they want, it’s something I’m actually quite proud of – that I am 28 and I’m still going and I’m still at a level I want to be at.

‘It feels weird that I’ve come from being one of the younger guys on the team not that long ago to now being the oldest one by a few years.

‘But it’s important for me to go into Tokyo like it’s my first. I focus on looking forward rather than looking at what I’ve done in the past. Straight off the back of that day in Rio, it was “OK, what’s my next target”. 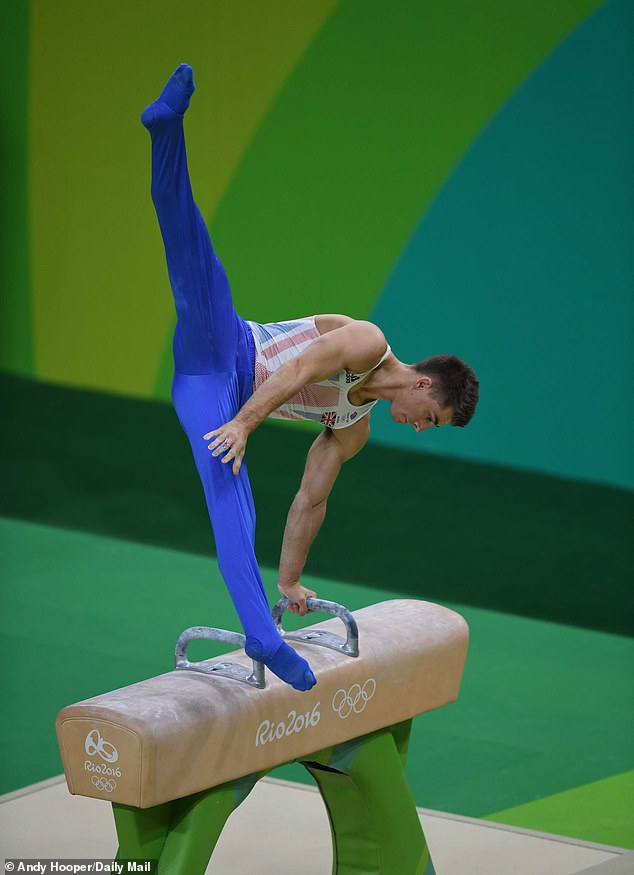 After his brilliance in Brazil, Whitlock was presented with an MBE from the Queen

‘What helps me as well is not seeing Tokyo as an end destination. I want to carry on to Paris 2024. Knowing that is a key part of not putting too much pressure on myself in Tokyo.’

If Whitlock is now the big brother of the Team GB’s men quartet, at home he is the daddy to two-year-old daughter Willow, another major change in his life post-Rio.

Whitlock and his wife Leah had originally planned for Willow to travel to Tokyo before the pandemic put paid to those plans.

‘With the time difference, we will probably only get one small window to chat to Willow, which is going to be hard,’ adds Whitlock. ‘When she watches me on TV, she knows it’s me and she knows I do gymnastics, which is cool and she loves it herself. She has started preschool gymnastics classes and she does loads of forward rolls at home and is trying handstands, which is nice to see.

‘Hopefully she’ll see me on TV and get quite excited.’ Willow Whitlock will not be the only one.