Team GB’s Jessie Knight endured heartbreak at the Olympics as she crashed into the first hurdle during her 400m heat.

After an initial false start, the 27-year-old tripped as she approached the hurdle and ended up stumbling into it.

Following the race Knight was left in tears and didn’t want to discuss the incident. 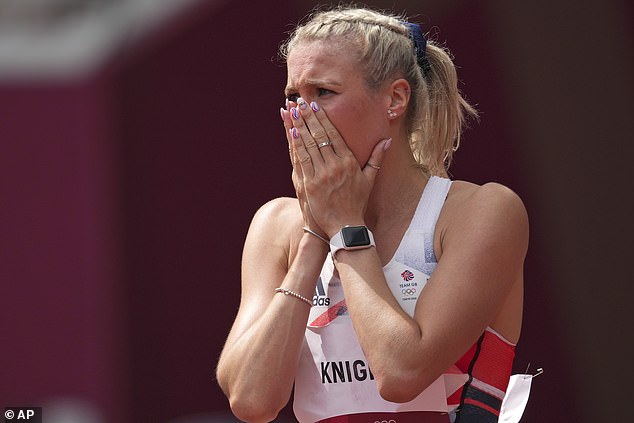 #GBR  Kneels before 1st hurdle Jessie knight. She okay. Not cool that this was a restart. She would have rocked it on the first start. First start called off for echo pic.twitter.com/bAerT2qLC6

Knight looked distraught as she watched the other competitors push on.

It has been a nightmare Olympics so far for Knight, who had to isolate upon arrival in Tokyo after a person on her flight tested positive. 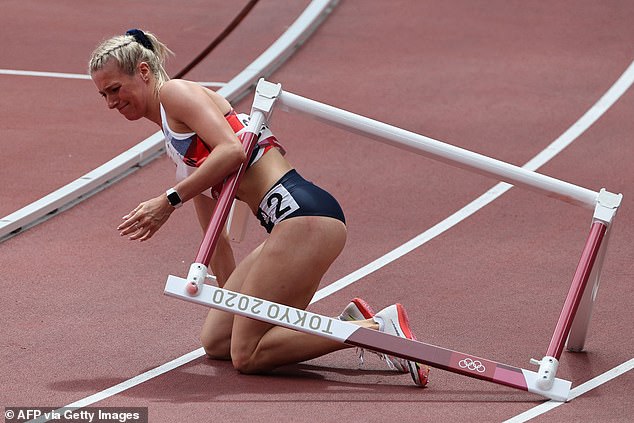 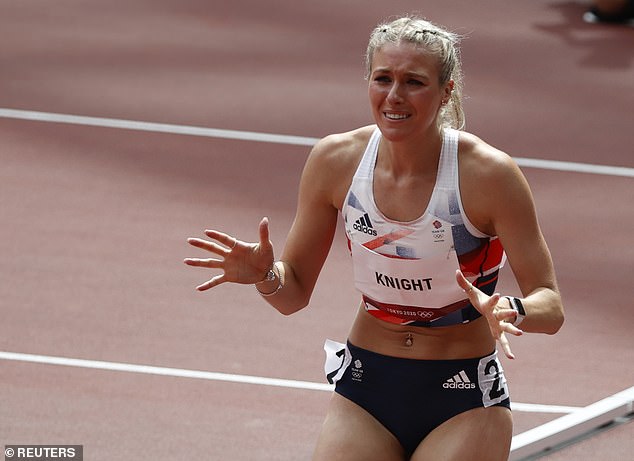 It has been a nightmare Olympics so far for Knight, who had to isolate after arriving in Tokyo

That proved to be heavily disruptive with regards to her preparation.

She gave up her job as a primary school teacher in order to pursue her dream of Olympic glory on a full-time basis.

Knight still has a chance of glory in the 4×400 metre relay.