Union flags, tea bags, Connect 4 and even a red phone box! Team GB will feel right at home at Tokyo 2020 after 40 containers of creature comforts sent to spur them on at the Olympic Games

Union flag deckchairs, limitless cups of tea and a red telephone box — were it not for the glorious views of Tokyo Bay, it would feel just like home for Team GB’s athletes.

Leaving no expense spared, officials have shipped 40, 40ft containers 6,000 miles to ensure the nation’s Olympians have all of their creature comforts as they go for gold on foreign soil.

The floors of the 12-storey block they are occupying feature 80 union flag rugs, while there are 35 boxes of jelly babies and a giant Connect 4. 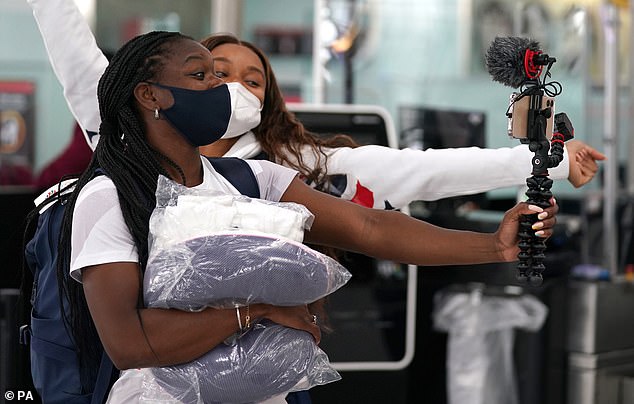 Team GB departing for Tokyo 2020, where they will be followed by 40 containers of creature comforts from home

More importantly, this is a prime section of real estate, a better location than that of any rival. And when it comes to being Covid-secure, no stone has been left unturned — even the staircases are outside.

The impressive set-up has been overseen by chef de mission Mark England. ‘I would say this, wouldn’t I?’ he told Sportsmail, ‘but this is the best spot in the athletes village. We have recreational areas, great views and space all around us. You think of the village as 20,000 people on top of each other, but it is not like that at all.’

England (left) is less forthright when asked how he managed to secure the facility. ‘We have a great relationship with the organising committee,’ he explained. ‘We also did a lot of research.’ 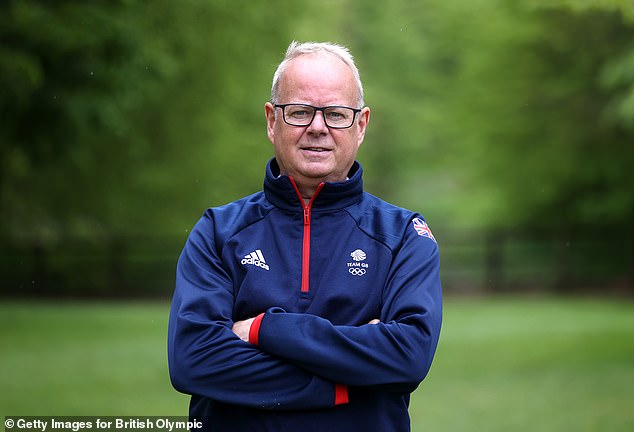 Team GB have also taken over the impressive facilities at Keio University’s Hiyoshi Campus and, back at the bay, the complex boasts a giant mural featuring the likes of Mary Rand, Ann Packer and Robbie Brightwell — heroes from the last time the Olympics were here in 1964.

‘The hockey women did a “whoop” when we told them that,’ England said.