West Ham are reportedly in advanced talks to sell a 27 per cent stake in the club to Czech billionaire Daniel Kretinsky for around £700million.

Kretinsky, 46, made his money as the owner of central Europe’s largest energy company, Prague-based EPH, has large stakes in Royal Mail and Sainsbury’s and is also co-owner of Sparta Prague.

West Ham are co-owned by David Sullivan and David Gold, who hold 51.1 and 35.1 per cent stakes respectively. 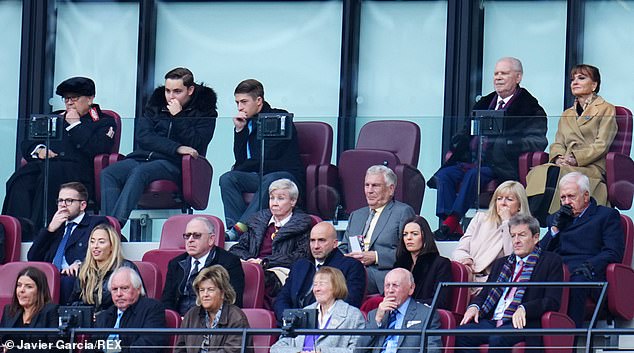 Sky News reporter Mark Kleinman tweeted on Thursday: ‘Exclusive: Daniel Kretinsky, a Czech-based businessman who owns big stakes in Royal Mail and J Sainsbury, is in advanced talks to buy a 27% stake in West Ham United FC at a valuation of around £700m.’

Kretinsky started out as a lawyer, becoming a partner at J&T in 2003 before taking over as chairman of Sparta in 2004.

When J&T set up EPH (Energeticky a prumyslovy holding) in 2009 Kretinsky became its chairman and 20 per cent shareholder. He ceased being a partner in J&T in 2011 and gradually grew his stake in the company, which now stands at 94 per cent.

West Ham have three Czech players on their books. Key men Tomas Soucek and Vladimir Coufal were both signed from Sparta’s main rivals Slavia Prague, while Alex Kral, on loan from Spartak Moscow, also came through at Slavia.