Despite a liking for the grass courts, Barty had never made it past this stage before, but she put that right with a 7-5 6-3 win on Court One.

The Australian will play the winner of Emma Raducanu and Ajla Tomljanovic’s match later on Monday in the next round – set for Tuesday – and will have strong hopes of adding a second grand-slam title to her collection. 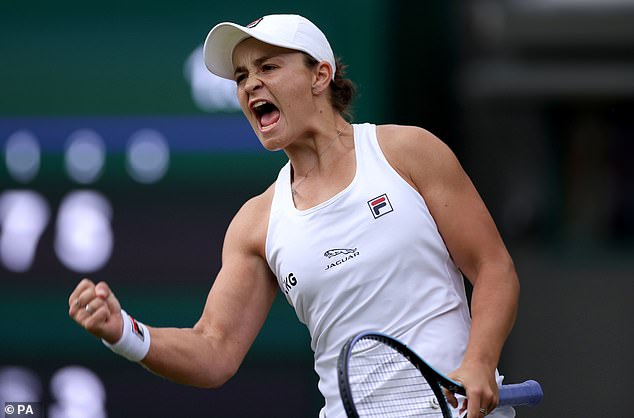 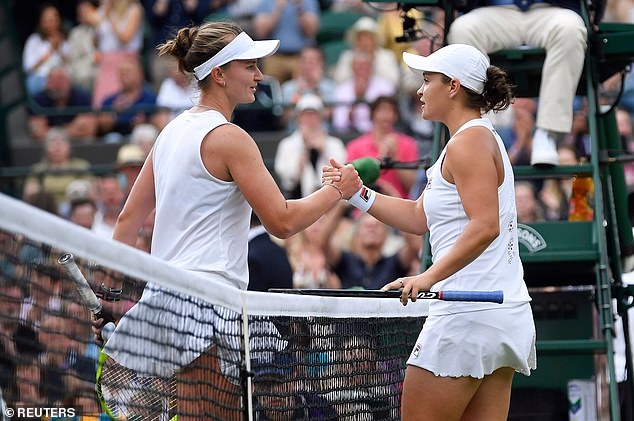 Krejcikova is the current world number one in doubles, but she is making big strides in the singles as well as a spectacular few weeks came to an end.

The Czech won at Roland Garros last month having previously never made it past the fourth round at a grand slam and then made it to the second week at SW19, where she had never won a match previously.

But her 15-match winning run was brought to an end by Barty, who recovered from a slow start.

With a firing forehand, Krejcikova broke Barty’s serve to go into an early 3-1 lead.

Barty’s game soon arrived as she forced the break back, thanks largely to two Krejcikova errors to level at 4-4. 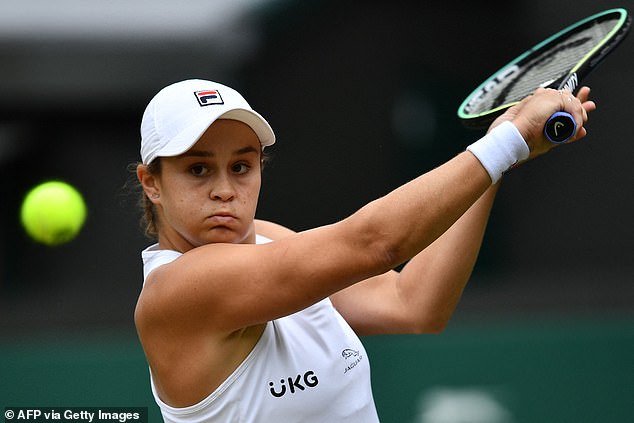 She began finding her range on the forehand and forced a set point in Krejcikova’s next service game before eventually getting the job done two games later, winning the first set 7-5.

The second set – and the match – was decided by a run of three break of serves, which Barty crucially got two of as she claimed the win in clinical fashion.

She said in her on-court interview: ‘It was a tough match. Barbora has had an incredible year, she has been one of the toughest players. I found some pretty good stuff when I needed it most which is great.’