By Mike Dickson for the Daily Mail

Wimbledon is braced for more Covid-induced withdrawals, with the admission that what happened to Jo Konta on was not unexpected.

The British No 1 was pulled out of the event on Sunday night after one of her close contacts tested positive for Coronavirus at the player bubble hotel in Westminster.

All England Club Chief Executive Sally Bolton said that cases like Konta’s had been factored in as an inevitable part of event planning. She also conceded that it could affect matches nearer the tournament’s climax, as well as the first round. 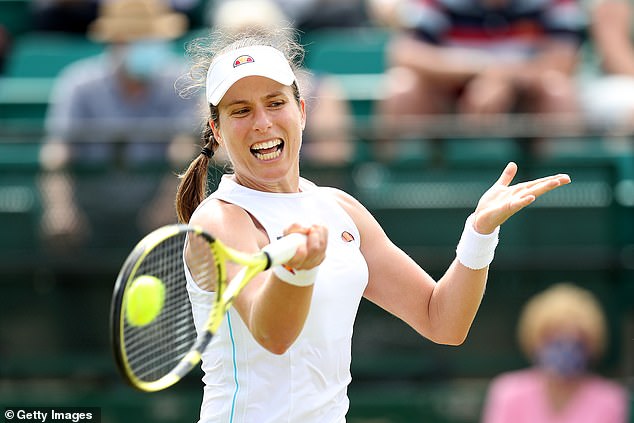 ‘It’s terribly sad for Jo, she has had to isolate for ten days as per the rules, and the rules are very clear,’ commented Bolton.

‘In terms of when that circumstance may arise in the rest of the tournament the rules are the same. That’s not about us kicking anybody out of the tournament, that is the need for the player to withdraw because they have to isolate.

‘In planning for the tournament and putting together the Minimised Risk Environment, and looking at the experience across tennis of other tournaments, what is happening here is not unexpected. This is something that we had planned for. 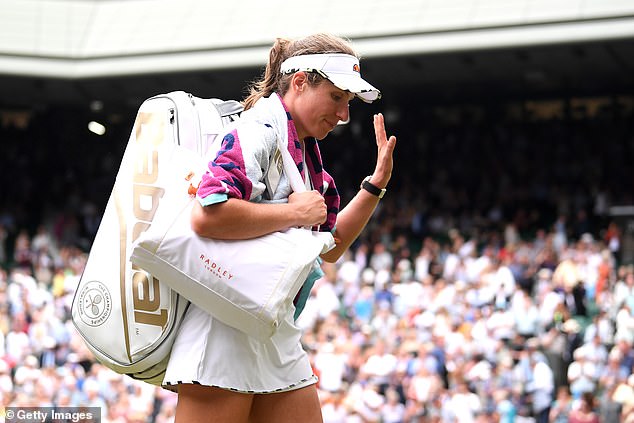 ‘We have the protocols and the controls in place, we have had two players withdraw at this point because of close contacts and that’s currently where we stand.’

While Konta spoke last month of not being in any hurry to take a vaccine, even if she had been double dosed it would not have prevented her from being excluded.

Players are being forced this year, in line with government instruction, to all stay together in a hotel, and are not allowed to move beyond there or the tournament site.

If there is a spate of withdrawals it will raise the question of whether they would not have been safer staying in individual accommodation – as often happens at Wimbledon – rather than being all mixed in together. 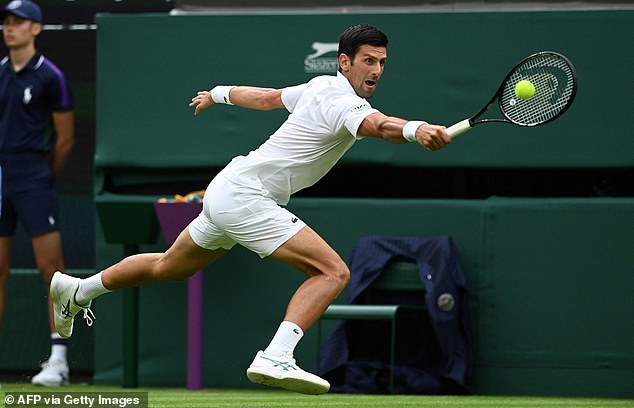 The players, including Novak Djokovic (pictured), are being forced to stay together in a hotel 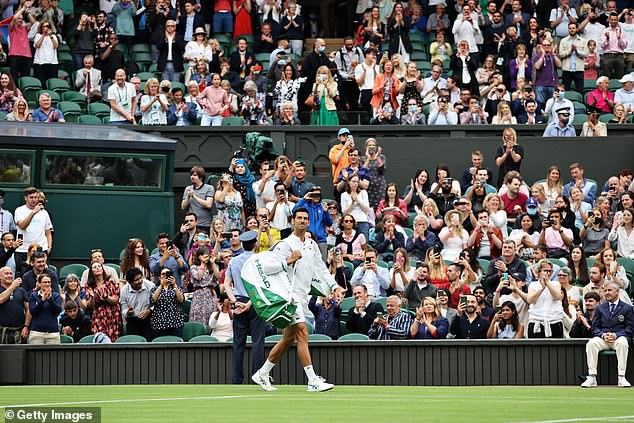 Some arrivals from overseas, such as American broadcasters, are staying in nearby flats and restricted in staying there or coming to the tournament site. That also negates the need for long commutes in cars or coaches, which players are being herded into.

‘There’s really two reasons for the minimised environment,’ said Bolton. ‘ One of those is to protect the athletes themselves and their support teams as they go about their business and compete in the championships.

‘The other part of the minimised risk environment is protecting the local population of the UK. We have permission to stage the championships and for the competitors and their teams to avoid quarantine because they are in that environment and therefore not interacting with wider society.

‘There is a very significant and robust testing regime for everybody who is in that bubble. So we are very confident that if there are any positive cases in there, we will pick those up and be able to address that accordingly.’