Two weeks to the day since a crushing defeat in the final of the French Open, Stefanos Tsitsipas re-emerged to give a lukewarm assessment of his chances at Wimbledon.

The 22-year-old Greek has had precious little time to lick his wounds after his five-set defeat by Novak Djokovic , never mind prepare for the difficult transition to grass.

‘Well, right now I don’t think I had enough matches,’ said Tsitsipas on Sunday. ‘I didn’t really have a lot of tournaments on grass. 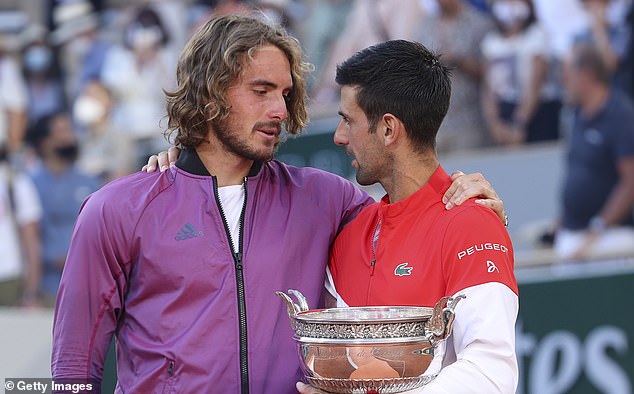 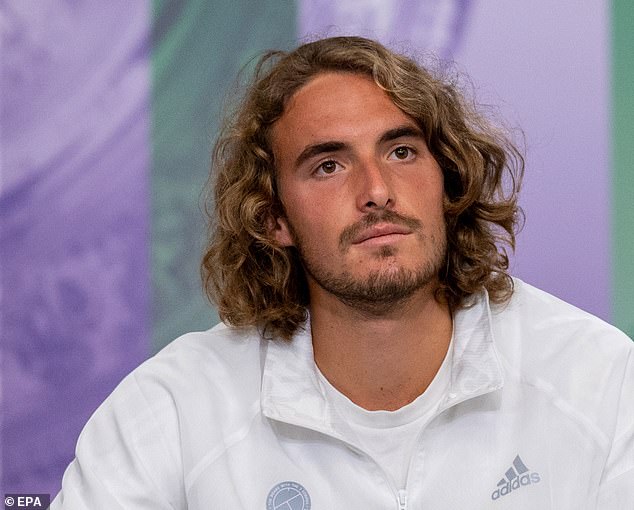 ‘I rely a lot on playing matches, getting confident through the process of winning. I haven’t had that opportunity yet.’

As a pre-tournament rallying cry it was not the most rousing from the No 3 seed and his first-round match on Monday against Frances Tiafoe has the potential to be tricky.

The American has played three tournaments on grass this month, including winning the Nottingham Challenger.

Asked about his chances of stopping Djokovic’s quest to win a 20th Grand Slam — they are due to meet in the semi-finals — Tsitsipas said: ‘Obviously we’re there to try to put a stop to that dream of his. 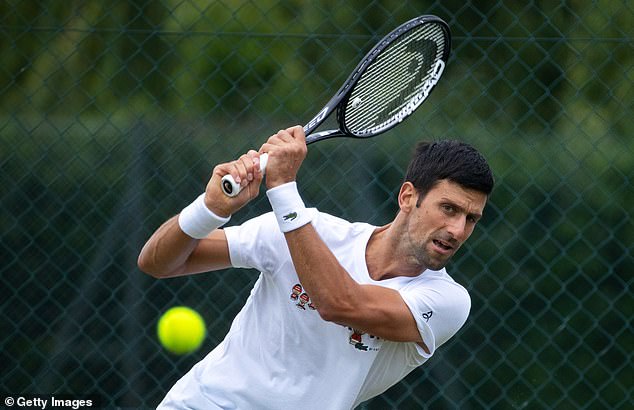 ‘It’s going to be difficult. I find it very challenging playing against him. He’s one of the greatest players tennis has seen.’

In contrast, No 2 seed Daniil Medvedev bounced into the All England Club via a private jet from the Balearics, where he won the Mallorca Open title on Saturday.

‘Winning Mallorca was really important for the confidence, to try to find how you should play on grass. The final was my best match there,’ the 25-year-old said of his 6-4, 6-2 win against Sam Querrey. ‘I’m feeling confident coming here.’ 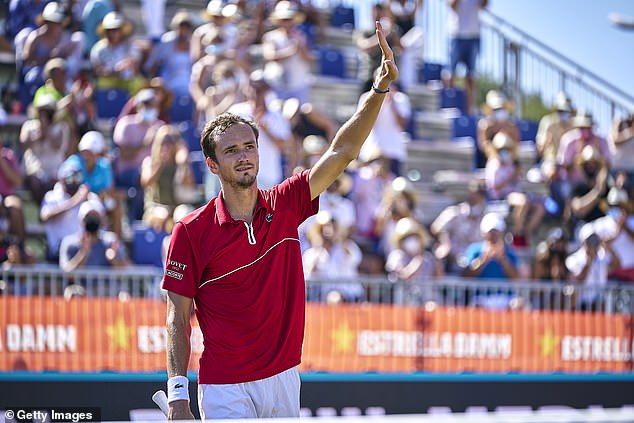 The Russian has a tough first round against Germany’s Jan-Lennard Struff on Tuesday, although get through that and his draw looks promising.

Asked about Djokovic’s bid for history, Medvedev said: ‘It will be fun to watch because he’s going to put everything on himself.

‘That’s when he’s the strongest. At the same time, that’s a lot of pressure. We’re going to try to use it to our advantage.’