Most of the conversation with Reilly Opelka, the world’s tallest tennis player, leads you towards filing him in the gentle giant category.

The world No 32, a fraction under seven feet tall, particularly enjoys talking about his hobby of art collecting, an unusually cerebral passion for a tennis player.

But don’t get him going on the policy of players having to live in restrictive Covid bubbles, as he has been doing for months — never under more strict conditions than since arriving in the UK. 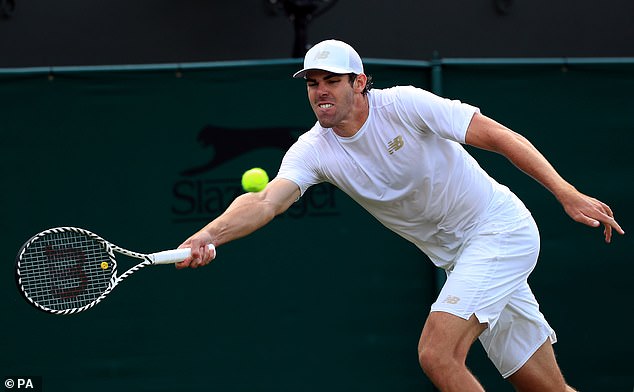 The 23-year-old Floridian, who his peers will be keen to avoid in the Wimbledon draw, becomes animated when the topic is brought up. His uncle Mike is a well-known radio talk show host in the US and you start to see the connection.

‘It’s 100 per cent for optics. Everyone thinks that,’ said Opelka about the experience of travelling around in groups of players and officials, segregated from the outside world.

‘It’s’ a tough thing to discuss because some stuff doesn’t get quoted and sometimes they like to make Americans look bad in the Press, but it’s an optics bubble, there’s no denying it.

‘The drivers who drive us, they get to go home every day. The hotel staff go home every day. Some weeks we’ve had other people staying in the hotel — people coming in from who knows where — and yet we can’t leave. We have to live in conditions which are unbearable. 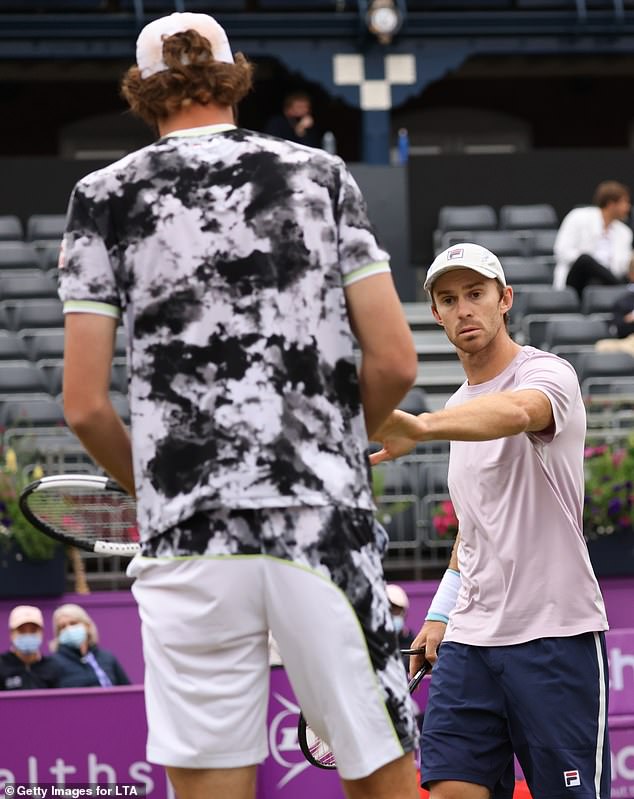 ‘If we leave the hotel we get fined $7,000,’ he adds, putting the blame on the ATP Tour, although in the UK — including this fortnight at Wimbledon — the policy has been driven by government.

‘Recently, I was in an elevator with flight attendants. People talk about mental health, we could definitely mention the bubble. It’s a huge factor. It’s not decreasing our chances of getting Covid. If it was I wouldn’t be complaining.’

His stance, shared by many players, is not representative of his wider views on life. ‘No, I hate politics, it breeds hypocrites, I have zero interest but this has a direct effect on my life,’ he says.

Opelka is reckoned to be marginally taller than veteran Croatian Ivo Karlovic and an inch above compatriot John Isner. In a sport where the average height of male players has been rising like the London skyline, those three are the most prominent towers.

Opelka is aware some people think tall players would be nothing without their serves. While Isner delivers an average of 20 aces per match, he is not far behind on 18.5.

Yet at last month’s Italian Open, on clay, Opelka showed how well he can move and play from the baseline, becoming a rare American presence in the Rome semi-finals. Isner can play a bit, too.

Opelka said: ‘The guys on tour know that and people who know about tennis already knew it, but maybe the average guy that follows the game casually might not have been so aware.

‘Being compared to John Isner, I take as a compliment. There are only four male players who have been top 20 for a whole decade straight — John is one of them and we know who the other three are (Nadal, Djokovic and Federer). So I’ll happily take that comparison.’ 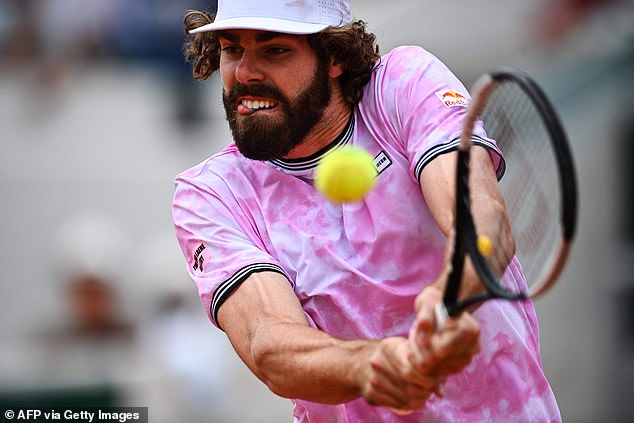 Opelka is particularly critical of Covid bubbles, which he describes as being done for ‘optics’

Opelka was always destined to be tall. His mother and sister are just under six feet while his dad George, is 6ft 6in. There is the faintest hint of irritation when he is asked if he ever tried basketball, a far more prominent sport in the US which is full of very tall men who move athletically, as he can.

‘Not really. I play tennis, I’m a tennis player,’ he replied, leaving it at that.

There is nothing one-dimensional about Opelka’s interests. That is perhaps why he hates living in the bubbles so much and is envious of golfers in the US, who have relative freedom. While a lot of players admit they see little more than hotel rooms, airports and tennis courts, even in normal times, his spare hours are spent soaking up exhibitions wherever he goes.

‘I have got more into it as I have travelled. I have been all over Europe and been to great museums and galleries, I have seen all the masters’ works. I actually think there are a lot of similarities between art and tennis, it’s a concept that has cool potential.

‘I am very much a collector. I’ve just bought a piece by Belgian artist Rinus van de Velde in Antwerp. I’ve been a fan of his for a long time. That’s being shipped home to Florida now, it’s a beautiful nature piece in charcoal. I would be visiting galleries in London if I could. 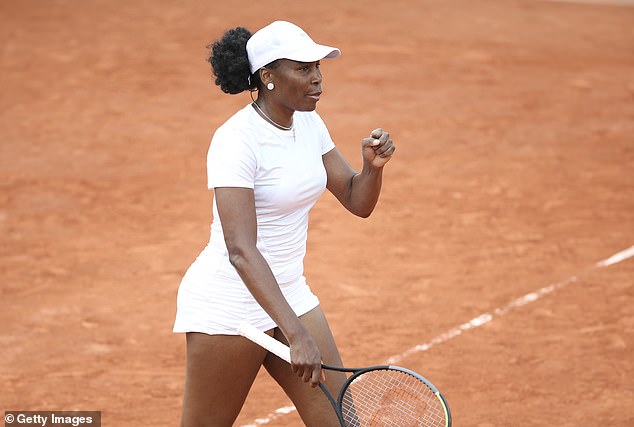 He is a friend of Venus Williams, whom he says shares his passion and hobby for art

‘I’m into art and fashion and have a lot of friends outside tennis. Food as well. After tennis, that is the sort of thing I would do.’

Tongues were set wagging at the Italian Open last month when he was spotted looking at pictures with Venus Williams. While he would not be drawn on their relationship, he confirms: ‘We went to the Borghese gallery in Rome. She is very into interior design and has a great eye for art, so we share an interest there.’

Opelka accepts his focus has to be on tennis, of course. He won junior Wimbledon in 2015 and reached the third round two years ago in his only main draw appearance.

‘It takes time to adapt to the grass, nobody has played on it for two years,’ he said. ‘I think the guys who have played on it before and have experience are going to be favourites because there has been little preparation. But there will always be surprises.’