Yorkshire will take NO disciplinary action against any of its employees, players or executives, the county announces, after an independent report into allegations of racism made by Azeem Rafiq

Yorkshire will take no disciplinary action against any of its employees, players or executives in the wake of an independent report into allegations of racism by former player Azeem Rafiq, the county have announced.

Last month, the panel’s report upheld seven of the 43 allegations made by Rafiq, and found there was ‘no question’ he was subjected to harassment of a racial nature and bullying during his time with Yorkshire.

However, it also said that there was insufficient evidence to find the club were institutionally racist. Rafiq and his team responded by describing the handling of the process as ‘atrocious’ and ‘unacceptable’.

And now, Yorkshire have confirmed they have no plans to take action.

In a statement, they said: ‘Ultimately the issues raised by Azeem Rafiq are going to be considered not only by the Panel but also the Employment Tribunal and the ECB. 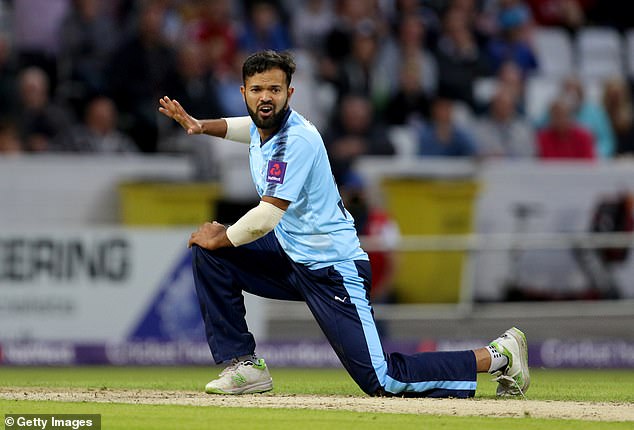 ‘The Club has also carried out their own internal investigation following the findings in the Report after which they are able to report that they have come to the conclusion that there is no conduct or action taken by any of its employees, players or Executives that warrants disciplinary action.

‘None of this diminishes the importance of the findings or that fact that there is much the Club can learn from the Report.

‘It was important for Azeem to raise the issues and without him doing so we would not have the Panel’s recommendations which are an important part of the Clubs continuing journey.

‘Club Chair Roger Hutton believes the Club and everyone connected to it should be proud of the work that the Club has done to improve diversity and inclusion prior to his involvement, but equally acknowledges there remains much to be done going forward.

‘The Club is fully supportive of what is a strong and talented team which is working hard on the recommendations on the way forward for Yorkshire County Cricket Club and looks forward being able to report on further developments over the coming months.’